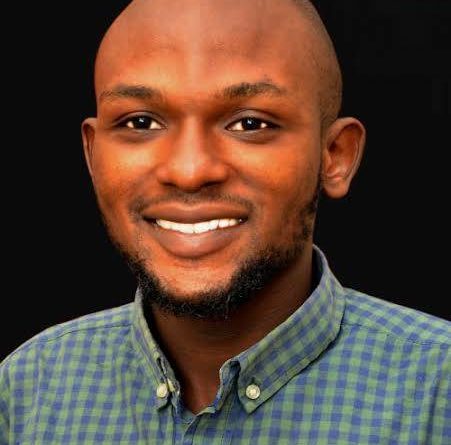 The inimitable Fela Anikulapo Kuti in his timeless song ‘Confusion break bones’, made very instructive remarks, which I consider apropos for the time we are in. He said, “When I say confusion, everything out ‘of-ee’ control, when everything ‘out-ee of control-ee’, e go be say, it pafuka-oh (pafuka na quench)”.

With both the United States and Iran now exchanging missiles following the death of Iranian General, Qaseem Soleimani, and the crash of a Ukrainian airlines passenger plane containing 176 people on board, tensions are high across the world and the rumour mill is rife with speculations of another world war, truly “Everything out ‘of-ee’ control”. But one thing is clear, the world cannot afford another war, not now and never in the future.

An opinion titled “Relocating abroad will not solve financial problems” written by Grace Agada and published in PUNCH Newspaper recently has continued to generate diverse reaction and again brought to the fore the need to interrogate this growing trend of economic migration and mass exodus of Nigerians to the developed world, which has now reached dizzying height. The reality today is that every second, thousands of Nigerians continue to lose faith in the country and its ability to secure their future, that of their family and generation. As the country continues to be imperilled by this flux, brain drain and mass migration, Nigeria is at the risk of losing an entire generation of highly skilled labour and human capital to countries like Canada, Germany, Australia and USA. The result is a shrinking middle-class population, which portends an ominous and catastrophic future for the country. Depressing!

The article had read in part “Relocating abroad will not solve your financial problem. This is because financial problems are not caused by the conditions of the country you live in”. Unknowing to Grace, Fela in his wisdom and clairvoyance had provided answer to her concerns in the same song when he said, “How country go dey ‘make-ee’ money, make people of country no see money”. The result of this harsh economic reality is the disaster that we now have in our hands where the bulk of our population are lost to the developed world. Can you even blame them? Nigeria is a country for the few wealthy, powerful and influential elites with a widening opportunity gap. More than half of our population are as good as hopeless and condemned into poverty, lack and hunger!

The unassailable truth is that most Nigerians are not relocating abroad for financial prosperity, most are simply relocating abroad to experience a system that works including the provision of Jobs, quality education, accessible healthcare, affordable housing, security and essentially where public utilities function with seamless efficiency. These things should never be hard to provide, save for Nigeria where everything is out of-ee control!

Over the years, Nigeria’s political leadership has failed to maximise its large youth population for growth, competitiveness and productivity. Today, Nigeria’s economy is the Achilles heel. Over two million entrants join the labour force annually and the labour market is failing to keep up with this rising demand. The situation is even worse for women and young people with unemployment in this category currently at 29.7 per cent and 26.6 per cent respectively. In the wake of all of this, about 25 states have failed to meet the December 31, 2019 deadline given by organised labour to conclude negotiations on the consequential adjustment of the minimum wage. In effect, after about nine months of signing the minimum wage bill into law, more than half of the states are yet to effect the new payment. I mean most states in Nigeria are struggling to pay workers N30, 000 ($82.76) monthly. God save us!

Let’s pretend for a moment that all states of the federation have commenced payment of the new minimum wage. My friend in the United Kingdom recently confirmed to me that minimum wage per hour in the UK is £8 (N3,795), so in reality an average person in the UK would only need to work about eight hours to make what an average Nigerian worker would make at month end.

In 2019, National President of the Nigerian Medical Association, Dr Adebayo Francis, disclosed that about 2000 medical practitioners leave the country annually to countries like UK, United States, Canada, Kuwait and most prominently Saudi Arabia. This revelation is coming at a time when the doctor-patient ratio in Nigeria is about 1:5000 as against the expected average of 1:500 leaving us with an estimated total of 40000 doctors to about 200 million total population. Grossly insufficient! This reality is the same across almost all sectors – young people, families and professionals are leaving the country in droves because truly everything out of-ee control.

In this time of confusion, uncertainty and gloom, government must realise that what we have in our hands today is a ticking time-bomb. To prevent the situation from turning into a catastrophe, Nigeria needs a clear agenda for job creation and realisation of potentials of its people. Government must revive and fix the economy to inspire hope, confidence and provide fair and balanced opportunities for its young people to have confidence in the country and contribute their skills to its development before the real confusion break bones!

CSOs speak on Biden’s victory, lessons learnt, and Nigeria’s future with US