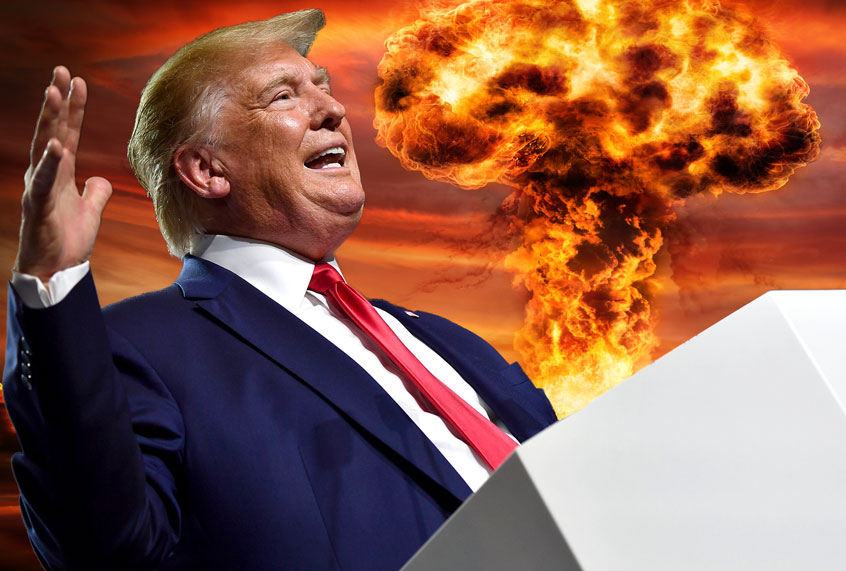 American foreign policy has always been dictated by the wants and whims of powerful business interests.

As I plowed through my favorite works of historical literature to trace the evolution of Republican foreign policy through alternating periods of imperialism and isolationism, that fact was unavoidable. We are a capitalist society, and the dictates of our business community trump all other considerations in shaping public policy. It is foolish to pretend there was ever a time when those financial interests were not critical in determining our foreign policy.

Having said that, there is still a crucial difference between our isolationist and interventionist eras — as well as a way of understanding how Donald Trump, for all his efforts to depicting himself as something new on the foreign policy scene, is just a continuation of the status quo that has existed for the last century or so.

1. Republican foreign policy was isolationist from the party’s founding through the 1890s.

The Republican Party was founded in 1854, and acquired national power until the election of Abraham Lincoln in 1860. Not surprisingly, Lincoln’s administration was so focused on winning the Civil War that foreign policy was an afterthought; to the extent that the 16th president took a serious interest in foreign affairs, it was in making sure that the Confederacy did not receive assistance from world powers like the British and French empires.

His successor, Andrew Johnson, was the first Republican president to make a major foreign policy move. (Admittedly, calling Johnson a Republican is problematic: He had been a lifelong Democrat, and became so estranged from Republicans in Congress he was eventually impeached.) In 1867, Johnson allowed Secretary of State William Seward to purchase Alaska from Russia for $7 million. This acquisition, which was roughly one-fifth the size of the rest of the United States, went a long way toward furthering America’s ambition to become an empire in the Western Hemisphere. At the time, however, it was ridiculed as “Seward’s folly,” with many in the press arguing that he had wasted taxpayer money on a frozen wasteland. It wasn’t until gold was discovered in Alaska in 1898 — an important year in American foreign policy for other reasons — that Seward’s wisdom became apparent.

After Seward, however, America’s post-Civil War foreign policy was defined by isolationism. The Civil War had made Americans weary of bloodshed. During this time some smaller imperialist overtures were undertaken, such as Ulysses S. Grant’s attempt to annex Santo Domingo (as the future Dominican Republic was then known) and Benjamin Harrison’s support for a coup led by American businessmen who overthrew the Hawaiian monarchy.

For the most part, though,  the guiding rule of American foreign policy was to follow the Monroe Doctrine of 1823, which held that the U.S. would protect the Western Hemisphere from foreign invasion and otherwise stay out of foreign affairs, and the dictates of George Washington’s Farewell Address in 1796, which similarly urged that the nation resist foreign entanglements).

2. Republican foreign policy went through an imperialist phase after the Spanish-American War in 1898.

If there is one book you should read after looking at this article, it is Kristin L. Hoganson’s “Fighting for American Manhood: How Gender Politics Provoked the Spanish-American and Philippine-American Wars.” Hoganson discusses how cultural concerns about a decline in American masculinity during the late 19th and early 20th century bled over into politics. William McKinley, despite not being inclined toward imperialism by nature, was so harshly criticized for refusing to wage war with Spain in order to “liberate” Cuba and the Philippines that the pressure caused him to declare war after the USS Maine exploded in 1898 — an explosion that was blamed on the Spanish Empire but is now believed to have been an accident.

This was a turning point in the history of American foreign policy.  America’s victory of Spain meant that our nation began to take on the trappings of a true world power for the first time. Matters were exacerbated under Theodore Roosevelt, for whom imperialism wasn’t a reluctant “obligation” but a grand adventure. Roosevelt may be deified today, but his blatantly racist and jingoistic philosophy solidified the imperialist ventures that had begun under McKinley. He oversaw the building of the Panama Canal and established a “Roosevelt corollary” to the Monroe Doctrine that would allow America to intervene in Western Hemisphere nations on economic issues. Even his successor, William Howard Taft, implemented a policy of “Dollar Diplomacy” in which he blatantly admitted that American financial interests would dictate its foreign policy decisions.

When World War I broke out in Europe, the Republican Party was split between the internationalist faction that wanted the U.S. to get involved and the isolationist faction eager to stay out of the bloody conflict. Because public opinion was overwhelmingly against American involvement, the isolationists prevailed. Then came the Zimmerman Telegram in 1917, which revealed that Germany had tried to seduce Mexico’s support by offering to give back the lands America had seized during the Mexican-American War (1846-1848). At that point, Republicans joined the rest of the country in supporting American involvement on behalf of the Allies during World War I.

3. Republican foreign policy was isolationist and anti-immigrant from the end of World War I until Pearl Harbor.

After World War I, Woodrow Wilson tried to create an international alliance called the League of Nations that would prevent another world war from breaking out. His plan was met with suspicion by the leader of the Senate Republicans, Henry Cabot Lodge of Massachusetts, and the GOP emerged as staunchly isolationist in response to Wilson’s sudden intense internationalism. The Republican presidential candidate in 1920, Sen. Warren G. Harding of Ohio, ran on his opposition to the League of Nations and won what was then the biggest popular vote majority in history. Not surprisingly, he and his two successors — Calvin Coolidge and Herbert Hoover — continued his larger tradition of being avowedly isolationist.

One striking parallel between this period and the era of Trump is in its open hostility toward immigrants. Harding, Calvin Coolidge and Herbert Hoover were all supporters of the Johnson-Reed Act, which established quotas for individuals from Southern and Eastern European countries, and outright banned immigration from Asian countries (many of whom had already been barred under previous immigration laws). It isn’t much of a leap to go from the prejudices of that era to Trump’s open hostility toward immigrants from Latin America, Africa and the Middle East. It was rooted in an ingrained xenophobia among the nation’s more powerful demographic classes, fueled by obvious racism.

Not all of the Republicans from this era were isolationist, however. The GOP’s 1940 presidential candidate, Wendell Willkie, defeated challengers who opposed doing anything to help the Allies during World War II and instead pushed an internationalist perspective. In 1952 — when it looked like one of the Senate’s premier isolationists, Robert Taft, was poised to get the Republican presidential nomination — the GOP instead chose Gen. Dwight Eisenhower, an internationalist and war hero who became the first Republican president in 20 years.

4. World War II and the Cold War changed everything.

By then, however, World War II had already fundamentally transformed American society. The trauma of Pearl Harbor convinced the American government, and its people, that the nation needed to have a strong military and play a leading role in world affairs. The growth of the Soviet Union, and the spread of socialist or communist revolutions throughout the world, convinced Americans that they faced an existential threat during the Cold War. After the Cold War ran its course in 1991, Islamist terrorists became a new existential threat that (purportedly) called for a strong military-industrial complex.

Despite warning about the dangers of the military-industrial complex near the end of his presidency, Eisenhower believed in a robust military that used America’s clout to shape foreign affairs. This philosophy was shared by every Republican president that followed him: Richard Nixon, Gerald Ford, Ronald Reagan, George Bush the father and George W. Bush the son. The names of the countries where those presidents waged war have varied — Korea, Vietnam, Afghanistan, Iraq. Some of them were more favorable toward international institutions than others: There’s a considerable contrast between George H.W. Bush and his son on that issue, for example. But overall, the idea was that the U.S. had both national security interests and ideological responsibility as the leader of the “free world,” in contrast to fascism, Soviet expansion and Islamic terrorism.

5. Aside from a handful of minor issues, Trump is basically continuing the foreign policies of the last 80 years of Republican political leaders. He ain’t that special.

I will leave it to the psychologists to speculate why Trump has chosen a handful of issues on which to be non-normative. It’s a subject I’ve discussed with one of his favorite Fox personalities, Steve Hilton, and I’ve sought comment from the White House with minimal acknowledgment. Either way, it is fair to identify a few semi-arbitrary issues where Trump’s ideas differ from those of mainstream Republicans since World War II.

Trade is a big one. The last president to actively promote a protectionist perspective on trade was Herbert Hoover, who is associated with the Great Depression. Trump also likes to make a big deal about his reluctance to participate in multinational organizations like NATO, and tends to cozy up to authoritarian leaders like  Crown Prince Mohammad bin Salman, Kim Jong-un, Rodrigo Duterte and Vladimir Putin. He pulled U.S. forces largely out of Syria and generally appears to make decisions at random, with no consistent philosophy at work. Or rather, if there is one, it’s rooted in the character flaws of one man rather than a body of thought about how the world works.

Where it has counted, though, Trump has been a traditional Republican. He pulled the U.S. out of the Iran nuclear deal long before the assassination of Qassem Soleimani; he has pumped up the military budget; and his contempt for international institutions like the UN was foreshadowed by presidents like George W. Bush. Let’s not pretend that Trump is the first Republican president who has made deals with disreputable foreign regimes (think of Ronald Reagan and apartheid South Africa). Trump’s “America First” and “nationalist” rhetoric may sound like Republicans of the 1920s, but he is only amplifying the prejudices that his party has always held. 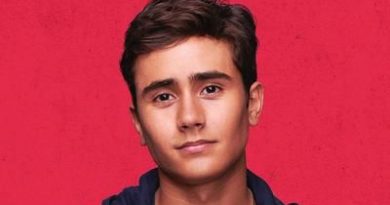 In the right-wing media universe, Trump is winning and impeachment is a joke