The Socio-Economic Rights and Accountability Project has filed a lawsuit at the Federal High Court, Abuja, asking the court to order the 36 state governors to publish a breakdown of pensions being paid to former governors and other ex-officials under their respective state pension laws between 1999 and 2019.

SERAP is also asking the court to grant an order for leave to apply for judicial review and an order of mandamus to direct and/or comply with the order.

SERAP is also seeking a declaration that “the failure of the 36 state governors to provide SERAP with the requested information on pension law in their respective states as requested constitutes a breach of SERAP’s right under the FoI Act, 2011, and for such further order(s) the court may deem fit to make in the circumstances.”

SERAP, in the suit number FHC/ABJ/CS/19/2020, had written a Freedom of Information letter to all state governments requesting for details of the pensions paid to their ex-governors.

“However, the governor did not state the amounts that have so far been collected, and whether the state would pursue recovery of the pensions paid.

“Both Okowa and Abdulrazaq did not in their responses make any commitment to repeal the pension laws in their states and to seek refund of the pensions already collected by former governors and other ex-officials.”

SERAP said that the suit is in the national interest, public welfare, public interest, social justice, good governance, transparency and accountability, adding that there is no justifiable reason for the governors to refuse to provide SERAP with the details of payment of pensions and other related information requested.

“Public officials should not encourage, sustain, or implement jumbo pension laws that show an appearance of conflict of interest, impropriety or create situation of personal enrichment.

“The pension law negates the duty to act honestly and to represent the needs and concerns of the people, and to refrain from activities, which interfere with the proper discharge of public functions.”

No date has been fixed for the hearing of the suit. 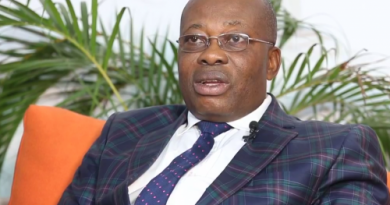