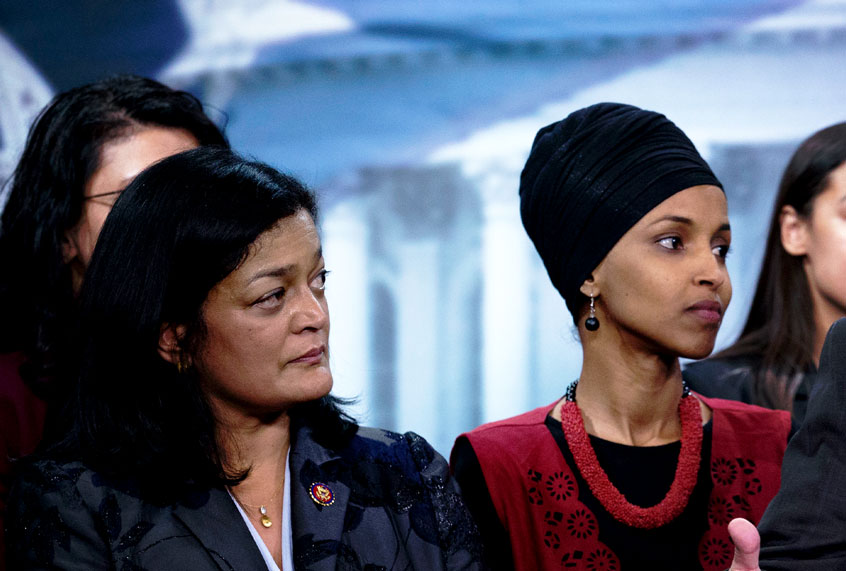 Members of the Congressional Progressive Caucus held a news conference at the Capitol on Wednesday calling for a new War Powers resolution to curtail President Trump’s ability to unilaterally launch a U.S. war against Iran.

“This is a man who is both an arsonist and a fireman,” said caucus whip Rep. Ilhan Omar, D-Minn., referring to Trump taking credit for solving a crisis that he created.

Congressional Progressive Caucus co-chair Rep. Pramila Jayapal, D-Wash., said that in a recent intelligence briefing caucus members had seen “no raw evidence that an attack was imminent” from Iran or its proxies, a contrast with the claims from the White House that Soleimani needed to be assassinated.

The killing could have been avoided, said Rep. Ro Khanna, D-Calif., if Congress had taken action earlier.

“If Congress had listened to the Progressive Caucus, this killing would never have happened,” said Khanna.

Khanna added that the caucus would continue to fight to repeal the 2001 and 2002 Authorizations for Military Force (AUMF), aimed at the perpetrators of the 9/11 attacks and Iraq, respectively, and to defund any effort by the administration to launch an attack on Iran without first going to Congress. The White House has cited both AUMFs as justification for the strike on Soleimani.

The House will reportedly vote on legislation to curb the president’s ability to unilaterally wage war on Iran Thursday.

Pocan and Jayapal on Wednesday urged Congress to pass the resolution.

“To protect American lives and global stability, Congress must reassert our Constitutional authority by passing a strong War Powers Resolution to ensure Congressional authorization for any military action; repealing the 2002 Authorization of Use of Military Force; and ensuring that Congress provides no funds for war with Iran without authorization,” the caucus co-chairs said in a statement. “We must not continue down this destructive military path — we must choose de-escalation and diplomacy.”

Rep. Barbara Lee, D-Calif., the lone “no” vote on the 2001 AUMF, said that the 2002 bill was the product of the Bush administration’s relentless effort to wage war on Iraq, ostensibly on a fear of “weapons of mass destruction,” and that the right choice would have been to vote to empower United Nations weapons inspectors in the country.

In a press conference late Wednesday morning, the president appeared to back away from continuing to escalate military action with Iran.

That, argued The Nation’s Jeet Heer, was an “uncharacteristic” moment of good judgment by Trump, but one the president would need to continue to be committed to:

If Trump wants to take the off-ramp from war, he’ll have to contend with these influential hawkish voices within his own party and, indeed, within his own administration. It was these hawks who started this new cycle of hostility by convincing Trump to leave the Iran nuclear deal. One of those hawks, Secretary of State Mike Pompeo, played a crucial role in convincing Trump to assassinate Soleimani.

Though disaster is averted for now, the push to stop escalating conflict continues. As Common Dreams reported, activists around the country plan to march and demonstrate against war with Iran on Thursday. 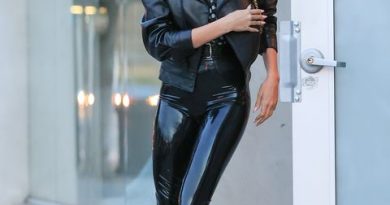 How Trump’s chaotic incompetence, and the “deconstruction” of the “deep state,” got us here