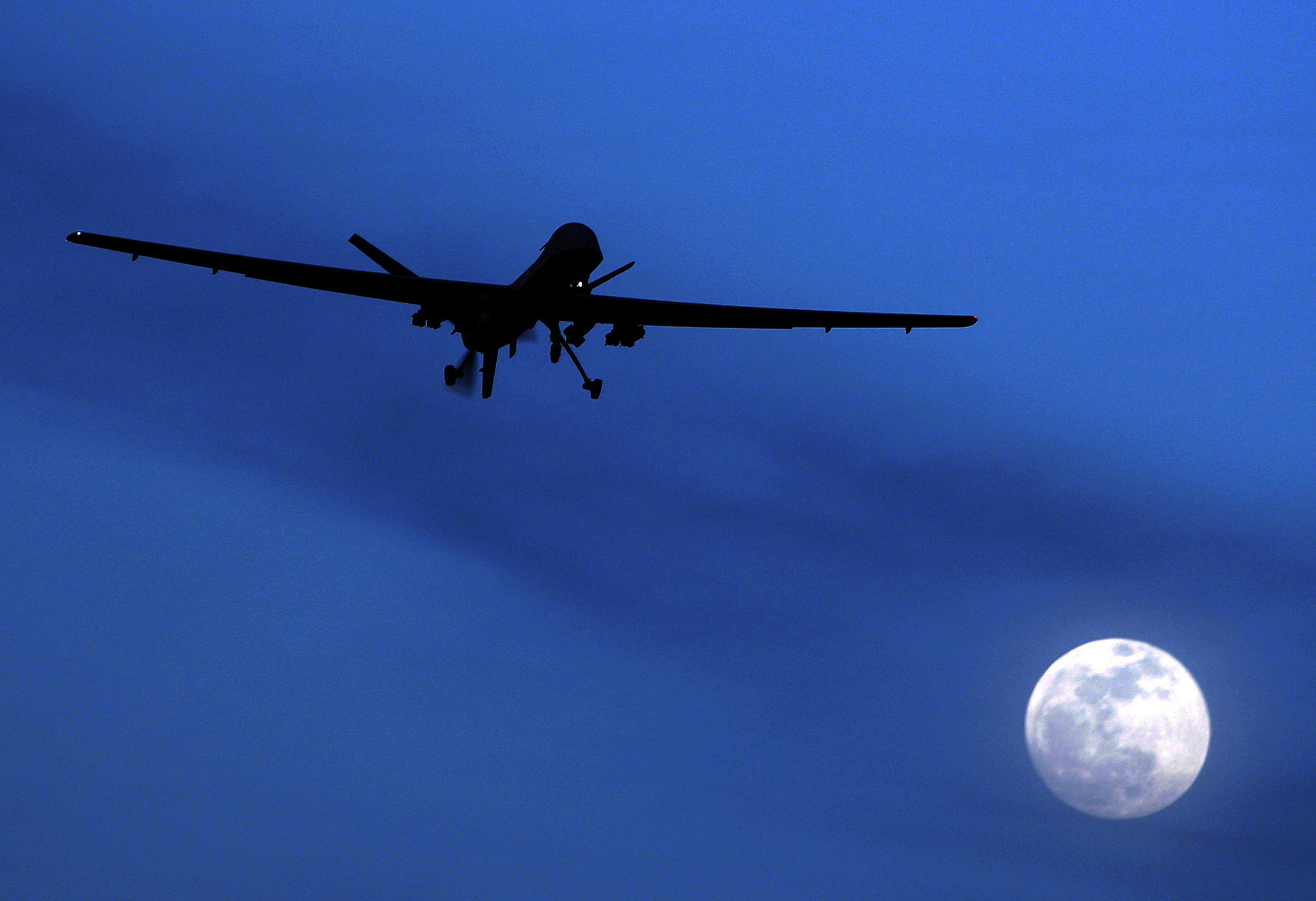 The assassination by the United States of Gen. Qassem Soleimani, the head of Iran’s elite Quds Force, near Baghdad’s airport will ignite widespread retaliatory attacks against U.S. targets from Shiites, who form the majority in Iraq. It will activate Iranian-backed militias and insurgents in Lebanon and Syria and throughout the Middle East. The existing mayhem, violence, failed states and war, the result of nearly two decades of U.S. blunders and miscalculations in the region, will become an even wider and more dangerous conflagration. The consequences are ominous. Not only will the U.S. swiftly find itself under siege in Iraq and perhaps driven out of the country — there is only a paltry force of 5,200 U.S. troops in Iraq, all U.S. citizens in Iraq have been told to leave the country “immediately” and the embassy and consular services have been closed — but the situation could also draw us into a war directly with Iran. The American Empire, it seems, will die not with a whimper but a bang.

The targeting of Soleimani, who was killed by a MQ-9 Reaper drone that fired missiles into his convoy as he was leaving the Baghdad airport, also took the life of Abu Mahdi al-Muhandis, the deputy commander of Iran-backed militias in Iraq known as the Popular Mobilization Forces, along with other Iraqi Shiite militia leaders. The strike may temporarily bolster the political fortunes of the two beleaguered architects of the assassination, Donald Trump and Israeli Prime Minister Benjamin Netanyahu, but it is an act of imperial suicide by the United States. There can be no positive outcome. It opens up the possibility of an Armageddon-type scenario relished by the lunatic fringes of the Christian right.

A war with Iran would see it use its Chinese-supplied anti-ship missiles, mines and coastal artillery to shut down the Strait of Hormuz, which is the corridor for 20% of the world’s oil supply. Oil prices would double, perhaps triple, devastating the global economy. The retaliatory strikes by Iran on Israel, as well as on American military installations in Iraq, would leave hundreds, maybe thousands, of dead. The Shiites in the region, from Saudi Arabia to Pakistan, would see an attack on Iran as a religious war against Shiism. The 2 million Shiites in Saudi Arabia, concentrated in the oil-rich Eastern province, the Shiite majority in Iraq and the Shiite communities in Bahrain, Pakistan and Turkey would turn in fury on us and our dwindling allies. There would be an increase in terrorist attacks, including on American soil, and widespread sabotage of oil production in the Persian Gulf. Hezbollah in southern Lebanon would renew attacks on northern Israel. War with Iran would trigger a long and widening regional conflict that, by the time it was done, would terminate the American Empire and leave in its wake mounds of corpses and smoldering ruins. Let us hope for a miracle to pull us back from this Dr. Strangelove self-immolation.

Iran, which has vowed “harsh retaliation,” is already reeling under the crippling economic sanctions imposed by the Trump administration when it unilaterally withdrew in 2018 from the Iranian nuclear arms deal. Tensions in Iraq between the U.S. and the Shiite majority, at the same time, have been escalating. On Dec. 27 Katyusha rockets were fired at a military base in Kirkuk where U.S. forces are stationed. An American civilian contractor was killed and several U.S. military personnel were wounded. The U.S. responded on Dec. 29 by bombing sites belonging to the Iranian-backed Kataib Hezbollah militia. Two days later Iranian-backed militias attacked the U.S. Embassy in Baghdad, vandalizing and destroying parts of the building and causing its closure. But this attack will soon look like child’s play.

Iraq after our 2003 invasion and occupation has been destroyed as a unified country. Its once-modern infrastructure is in ruins. Electrical and water services are, at best, erratic. There is high unemployment and discontent over widespread government corruption that has led to bloody street protests. Warring militias and ethnic factions have carved out competing and antagonistic enclaves. At the same time, the war in Afghanistan is lost, as the Afghanistan Papers published by The Washington Post detail. Libya is a failed state. Yemen after five years of unrelenting Saudi airstrikes and a blockade is enduring one of the world’s worst humanitarian disasters. The “moderate” rebels we funded and armed in Syria at a cost of $500 million, after instigating a lawless reign of terror, have been beaten and driven out of the country. The monetary cost for this military folly, the greatest strategic blunder in American history, is between $5 trillion and $7 trillion.

So why go to war with Iran? Why walk away from a nuclear agreement that Iran did not violate? Why demonize a government that is the mortal enemy of the Taliban, along with other jihadist groups, including al-Qaida and Islamic State? Why shatter the de facto alliance we have with Iran in Iraq and Afghanistan? Why further destabilize a region already dangerously volatile?

The generals and politicians who launched and prosecuted these wars are not about to take the blame for the quagmires they created. They need a scapegoat. It is Iran. The hundreds of thousands of dead and maimed, including at least 200,000 civilians, and the millions driven from their homes into displacement and refugee camps cannot, they insist, be the result of our failed and misguided policies. The proliferation of radical jihadist groups and militias, many of which we initially trained and armed, along with the continued worldwide terrorist attacks, have to be someone else’s fault. The generals, the CIA, the private contractors and weapons manufacturers who have grown rich off these conflicts, the politicians such as George W. Bush, Barack Obama and Donald Trump, along with all the “experts” and celebrity pundits who serve as cheerleaders for endless war, have convinced themselves, and want to convince us, that Iran is responsible for our catastrophe.

The chaos and instability we unleashed in the Middle East, especially in Iraq and Afghanistan, left Iran as the dominant country in the region. Washington empowered its nemesis. It has no idea how to reverse its mistake other than to attack Iran.

Trump and Netanyahu, as well as Saudi Crown Prince Mohammed bin Salman, are mired in scandal. They believe a new war would divert attention from their foreign and domestic crises. But they have no more rational strategy for war with Iran than they did for the wars in Afghanistan, Iraq, Libya, Yemen and Syria. European allies, whom Trump alienated when he walked away from the Iranian nuclear agreement, will not cooperate with Washington if the U.S. goes to war with Iran. The Pentagon lacks the hundreds of thousands of troops it would need to attack and occupy Iran. And the Trump administration’s view that the marginal and discredited Iranian resistance group Mujahedeen-e-Khalq (MEK), which fought alongside Saddam Hussein in the war against Iran and is seen by most Iranians as composed of traitors, is a viable counterforce to the Iranian government is ludicrous.

International law, along with the rights of 80 million people in Iran, is ignored just as the rights of the peoples of Afghanistan, Iraq, Libya, Yemen and Syria were ignored. The Iranians, whatever they feel about their despotic regime, would not see the United States as allies or liberators. They do not want to be occupied. They would resist.

A war with Iran would be seen throughout the region as a war against Shiism. But these are calculations that the ideologues, who know little about the instrument of war and even less about the cultures or peoples they seek to dominate, cannot fathom. Attacking Iran would be no more successful than the Israeli airstrikes on Lebanon in 2006, which failed to break Hezbollah and united most Lebanese behind that militant group. The Israeli bombing did not pacify 4 million Lebanese. What will happen if we begin to pound a country of 80 million people whose land mass is three times the size of France?

The United States, like Israel, has become a pariah that shreds, violates or absents itself from international law. We launch preemptive wars, which under international law is defined as a “crime of aggression,” based on fabricated evidence. We, as citizens, must hold our government accountable for these crimes. If we do not, we will be complicit in the codification of a new world order, one that would have terrifying consequences. It would be a world without treaties, statutes and laws. It would be a world where any nation, from a rogue nuclear state to a great imperial power, would be able to invoke its domestic laws to annul its obligations to others. Such a new order would undo five decades of international cooperation — largely put in place by the United States — and thrust us into a Hobbesian nightmare. Diplomacy, broad cooperation, treaties and law, all the mechanisms designed to civilize the global community, would be replaced by savagery.

What to expect next from the markets