Justice Ahmed Mohammed made the order following an application by the 14 lawmakers whose seats were declared vacant by the Frank Okiye-led House of Assembly on December 4.

The order is to temporarily remain binding till January 28, the date set for the hearing of any opposition to the restraining order as requested by the 14 lawmakers.

They joined the Speaker, Edo State House of Assembly, Frank Okiye, and INEC, as the first and second defendants, respectively.

The ex parte application filed by the 14 lawmakers on December 10, 2019, seeking the restraining order against INEC and the Speaker of the Edo State House of Assembly was not opposed by the two defendants on Tuesday.

The judge had initially, at the proceedings of December 12, refused to grant the ex parte application in the absence of the two defendants.

He ordered the two defendants to appear before the court on December 19 to show cause why the interim injunction being sought by the plaintiffs in their motion ex-parte should not be granted.

Meanwhile, the court did not hold a session on December 19, prompting an adjournment till January 7, Tuesday.

At Tuesday’s proceedings, the plaintiff’s lawyer, Ikhide Ehighelua, reminded the court of his clients’ pending application and the court’s orders at the December 12, 2019 proceedings.

While the Edo State Speaker was not represented by any lawyer, the counsel representing INEC, Mr. Femi Adeyemi, acknowledged that the commission was served with all the processes as ordered by the court except the motion ex-parte.

The INEC’s lawyer also informed the judge that, as an electoral umpire, it had decided to be neutral.

But citing the provisions of Order 26 Rules 11, 12 and 13 of the Federal High Court Civil Procedure Rules, 2019, the judge noted that a defendant directed by the court to show cause was expected to file an affidavit in response not to make an oral submission.

The judge, therefore, directed that the INEC, having decided not to oppose the plaintiffs’ application, it should restrain itself from taking further steps in respect of the matter pending in court.

He insisted that the INEC should file an affidavit in support of its position and to show cause why the interim injunction should not be granted before the next adjourned date.

He directed the Speaker of the Edo State House of Assembly to be issued a fresh hearing notice and adjourned till January 28.

There has been a lingering political battle between members of the Edo State House of Assembly backed by Governor Godwin Obaseki and the factional 14 members believed to be loyal to the National Chairman of the All Progressives Congress, Adams Oshiomhole.

In the lingering superiority battle between the factions, the 14 lawmakers’ seats were declared vacant by the leadership and other members of the House of Assembly believed to be enjoying the support of the governor.

Dissatisfied with the treatment meted to them, the 14 lawmakers had through their lawyer, Mr. Damien Dodo (SAN), filed the suit marked, FHC/ABJ/CS/1582/19, seeking an order of interim injunction restraining INEC from conducting by-elections in respect of their seats.

‘Withhold Disbursement Of N649bn Till After May 29’, NLC Urges Nigerian Government 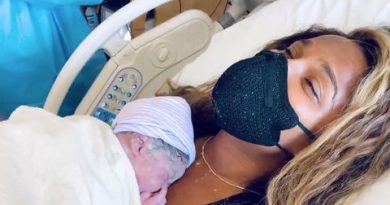 As I celebrate my birthday today, I call for peace across our dear country, Nigeria. Different forms of violence including