Worried over the slow pace of work on about  524 road and bridge projects in the country, Nigerians are calling on the central authority  to ensure adequate funding for speedy completion.  Dayo Ayeyemi reports

t is important to note that  every state in the federation including the Federal Capital Territory (FCT) has at least three ongoing  road and bridge projects.

Among these, President Mohammadu Buhari, in a letter to Nigerians on New Year day, said that 47 of these road projects and bridges had been scheduled for completion in 2020/21.

Elated by the president’s letter,  some stakeholders in built environment  said that government would only achieve the feat set for 2020 if it backs the road projects with enough funds for completion.

They want govenmenrt to ensure that contractors are not starved of funds for speedy completion of these projects. considering  the paltry allocation to work ministry in 2020 budget.

According to a former President, Nigeria Institute of Building, Mr. Chucks Omeife, if government should finance the 47 road projects to completion by the end of the year, the singular effort would have positive implications on the economy.

“If the road projects are  well funded for completion, the multiplier effects will be enormous. Local  construction companies  will benefits, local building materials and sand suppliers will benefit, and  there will be money in circulation with positive effects on the  economy,” he said.

However,  he raised possers concerning how government would raise funds for the project completion when its indebtedness to local contractors is in billions of naira.

If local contractors are not being engaged in some of these projects , he said there was no way the economy would benefit as expatriates will ensure they repatriate profits back to their  home countries.

He advised government to ensure that local contractors benefit from these projects for economic growth.

“Instead of allowing them bringing in materials and  workers from China, Nigerian government should look at this issue for the benefit of Nigerians, “he said.

The Minister of Works and Housing, Mr. Babatunde Fashola, had said that  road projects on priority list of government included 27 financed with Sovereign SUKUK Fund, 47 scheduled for substantial completion in 2020/2021 and others.

Giving reasons for the prioritisation of the 80 projects, the minister explained that they would improve the ease of doing business in the country.

He said: “The projects on completion will bring about reduced travel time, lower vehicle operating costs and improve the comfort of road users as well as improve the ease of doing business in the country and ultimately boost the Nigerian economy.”

He noted that federal roads and bridges (categorised from A1 to A9) were major arterial routes that connect all states in Nigeria including the Federal Capital Territory, adding that the routes and bridges linked cities with high economic activities and carry majority of heavy goods vehicles which gradually dispersed through the link routes to different parts of the country.

The minister of works said that Lagos-Ibadan, Lagos-Abeokuta, Lagos-Badagry and Ikorodu -Shagamu road projects ha been revived, urging Nigerians to bear with government.

It was done by the Federal Government under an executive  order, known as Road Infrastructure Development and Refurbishment Investment Tax Credit Scheme. It allows private companies to construct federal roads across the country and be repaid in the form of tax credits.

Apparently impressed by the progress of the ongoing  reconstruction of Apapa-Oshodi-Oworonshoki  expressway, Fashola and the President of Dangote Group, Alhaji Aliko Dangote, who jointly inspected the project, also assured Nigerians of final delivery of  the road project by December 2020.

The duo said the entire road network would be completed,  adding that it would last more than 40 years, being a quality concrete road.

Fashola and Dangote also predicted boom in the economy  of Apapa,  Lagos and Nigeria in general when the road project is finally delivered.

Dangote said: “By the quality of work on the road,  many businesses that left Apapa will likely return because the entire road network has being rebuilt.

“The road will actually open up the economy. It will bring a lot of jobs, and a lot of  businesses that already moved out willNJ start returning.”

He recalled that due to the bad road and gridlock,  two of his companines  lost N25 billion between 2017 and 2018.

He expressed gratitude to President Mohammadu Buhari for the timely road intervention,  saying that was the reason his company was working day and night to ensure the road is delivered as scheduled.

Fashola described the road project  as a “strategic economic intervention” by the government, pointing out that materials that are being used(cement and granites) were sourced locally.

The minister  said: “This is good for keeping the cement factory growing by employing people. We heard from the controller  earlier that  5,000 trucks of aggregates have  moved from  quarry to the site. This requires drivers, loaders, trucks,  tyres. This is the underlying economy apart from  650 people who are employed in actual construction.

“So if President Buhari says he is going to lift 100 million people out of poverty,  this is one of the ways. We want to see some of the young people aborting the road and  get back to work.”

The minister of works pointed  out that by the reason of the road’s construction, businesses were  already coming back to Liverpool  and Creek Roads,  Apapa,  assuring that more would still come.

He said: “We expect to see property development and  property renewal once the road is  completed.

Fashola, while expressing satisfaction on the work done by the contractor,  Hi-Tech, said that section two of the road at Apapa port, which was not part of the contract would now be integrated to change it from old bituminous pavement to concrete.

“We will rethink our strategies and include section ll into the contract so that there is continuous road network built of concrete from Apapa port’s entrance to the toll gate,” the minister said

He stated that one side of the road already completed around Oshodi had been opened to traffic, while the other side was closed to allow the concrete to cure, saying this process would take 28 days.

It was not surprised at the weekend when staff of the construction giant, Julius Berger Nigeria Plc,  handling the Lagos -Shagamu segment  of the road  project, trooped to the Redemption Camp of the Redeemed Christians Church of God, during the first Holy Ghost Service of the year last Friday,  seeking divine power and enablement to complete the  project.

The General Overseer of the church, Pastor Enoch Adeboye,  later called them out specially for prayers and asked congregants to point their hands towards them by  prayimg to God  for speeddy completion of the  project by December 2020.

Julius Berger and Reynoid  Construction Company are making progress on the entire route.

Others include dualisation of Ibadan-Ilorin (Section ii) in Oyo State, reconstruction of the outstanding Sections of Benin-Ofosu-Ore-Ajebandele-Shagamu expressway Phase iii, pavement strengthening and asphalt overlay of Ajebandele- Ijebu Ode-Shagamu Road in Ogun State.

More road projects should be concessioned to private companies on tax credit basis to accelerate infrastructure renewal in the country.

PDP Asks: Do We Really Have A Commander-In-Chief In This Country? 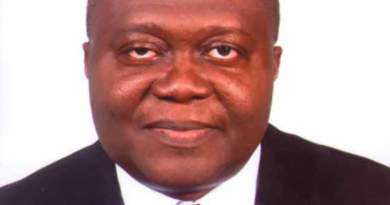 The Cost Of Postponing The General Elections By Ehi Braimah 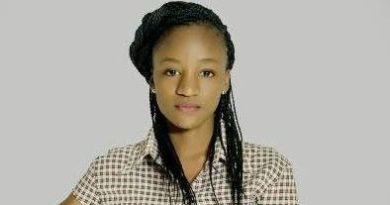 *Why not? Are supreme court judges not in apc? ... See MoreSee Less

Yes u are right. Just like they were in PDP

I will never be poor in d name that is above every other name.

I will never be poor in my life ijn

I will never be poor in my life 🙏

I will never be poor in my life.

Kobe was worth over $2billion.

Death doesn't select it's victim,but we must continue to live life in love of our neighbors,peers, employees,employers, privileged and less privileged among us in the society,before death calls.

The miracle of leaving home and returning back home is one of the untold testimonies.

Are Tom Perez and the DNC preparing for a battle against Bernie Sanders and the left?