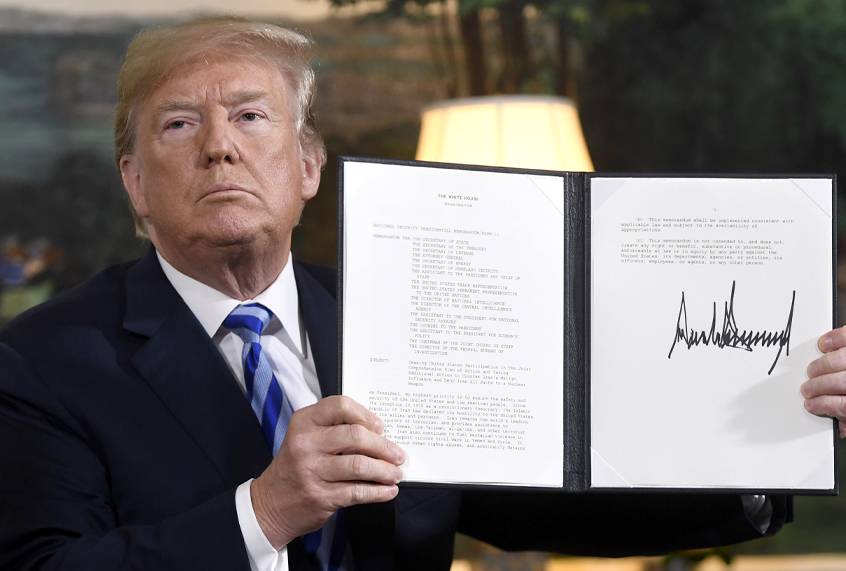 The Iranian government announced on Sunday that it will no longer honor any of the provisions from the 2015 nuclear deal that had been signed under President Barack Obama, and from which President Donald Trump extricated the United States in 2018.

“Iran will set their limits based on their technical needs. Iran will continue to work with international nuclear agencies and will return to JCPOA limits once all sanctions are removed from the country,” Iran declared through the state-run news agency IRNA. This will have implications on matters ranging from the limits on uranium enrichment and the percentage of uranium enrichment to whether the country will engage in research and development associated with nuclear operations.

The Iran nuclear deal was struck by the United States, Iran and five other countries in 2015 and remained in effect until Trump withdrew America in 2018, according to The New York Times. Although Iran initially said it would remain in the deal, the country gradually began to withdraw from the agreement and struck the final blow on Sunday in direct response to Trump’s decision on Thursday to assassinate an Iranian military official, General Qasem Soleimani. In June Secretary of State Mike Pompeo responded to this by warning that the United States would never allow Iran to get within one year of possessing the fuel necessary to develop a nuclear weapon.

In the aftermath of Soleimani’s assassination, Iran has vowed to strike at US “military sites” in retaliation for Soleimani’s assassination. In response, Trump warned that “if Iran strikes any Americans, or American assets, we have targeted 52 Iranian sites (representing the 52 American hostages taken by Iran many years ago), some at a very high level & important to Iran & the Iranian culture.”

Javad Zarif, the Iranian foreign minister, responded to this threat by tweeting that “targeting cultural sites is a WAR CRIME.” He later added, “Those masquerading as diplomats and those who shamelessly sat to identify Iranian cultural & civilian targets should not even bother to open a law dictionary. Jus cogens refers to peremptory norms of international law, i.e. international red lines. That is, a big(ly) ‘no no’.”

The United States has a long history of engaging in military actions in the Middle East that are intended to curtail Iranian influence but wind up having the opposite effect. As Michael Desch, a professor of political science at Notre Dame University who specializes in American foreign policy and American national security policy and directs the Notre Dame International Security Center, told Salon on Sunday, “the United States has had a tendency, it seems to me, to take steps that have had almost exactly the opposite effect. The most dramatic manifestation of that was the overthrow Saddam Hussein in March 2003, and the only party that came out of that better off as a result of it was Iran.”

Desch observed that Iraq responded to Soleimani’s assassination by ordering US troops out of their country, a move that helps Iran, and said that if Trump retaliates to Iran’s response by targeting cultural sites, it would have “the high likelihood of being counterproductive, in the same way that many of the other things that we’ve done in Iraq since 2003 have been as well.”