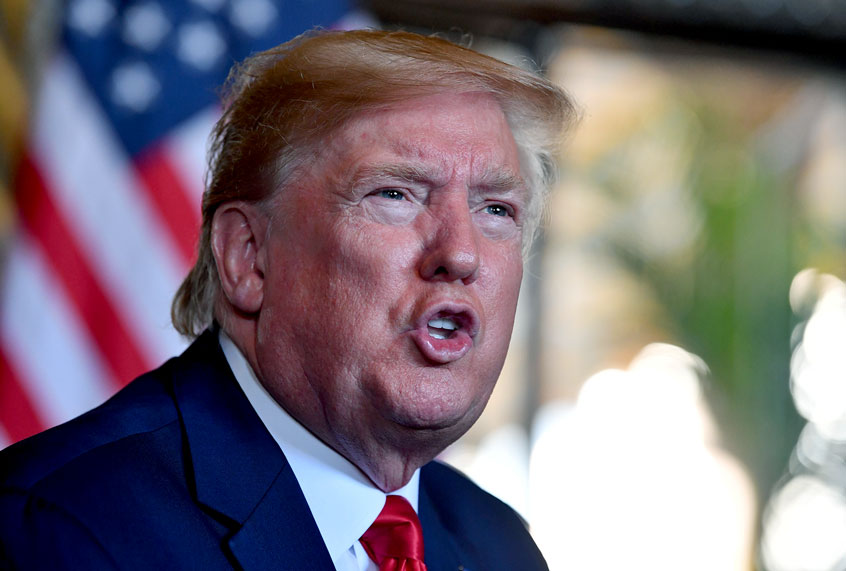 Workers at some of the biggest corporations in the world are paying higher tax rates than their employers, according to a new study by the Institute on Taxation and Economic Policy.

The Republican-passed tax cuts signed by President Trump in 2017 permanently lowered the corporate tax rate from 35 percent to 21 percent but many companies are paying nowhere near that figure. The study identified 379 Fortune 500 companies that turned a profit in 2019 and found that the companies paid an average tax rate of 11.3 percent.

Under the previous tax code, the same companies paid an effective tax rate of 21 percent between 2008 and 2015, according to the report.

The report said that some companies were able to pay negative tax rates because “a corporation carries back excess tax deductions and/or credits to an earlier year or years and receives a tax refund check from the U.S. Treasury Department.” As a result, Amazon got a $129 million rebate from taxpayers despite earning $10.8 billion in profits. The video game company Activision Blizzard received a $243 million tax rebate on $447 million in profits. Despite paying an effective tax rate of -54.4 percent, the company slashed 800 jobs last year, according to The Washington Post.

Matthew Gardner, a senior fellow at the institute who co-authored the report, told the Public News Service that there is nothing illegal about what the companies are doing.

“There is no implication that any of this is illegal. By all accounts, these companies are simply using the legal tax breaks that they lobbied Congress to give them,” he said.

But Gardner noted that worker wages have remained stagnant and said the report was “disturbing” for middle-class workers who now pay higher tax rates than the biggest corporations.

“There is a problem of democratic distrust right now,” he said. “People do not trust their government, they don’t trust elected officials. And it’s precisely this sort of finding that reinforces that distrust.”

Republicans argued that the tax cuts would prompt companies to invest more. But a report from JPMorgan found that much of the tax savings went to stock buybacks that enrich executives instead.

“This is corporate executives saying, ‘Rather than investing back into the business by making capital expenditures or buying equipment, I’m just going to buy my own shares,'” JP Morgan analyst David Kelly told Axios last year.

While this study specifically looked at the effects of the tax cuts since their passage in 2017, the Trump administration has also quietly used loopholes in the law to change tax rules to give big corporations an even bigger tax break.

The Treasury Department caved to intense lobbying efforts from various industries to change the rules for new corporate taxes included in the 2017 bill to allow industries like international banks tens of billions in added tax savings, The New York Times reported.

“Treasury is gutting the new law,” University of Houston tax law professor Bret Wells told the outlet. “It is largely the top 1 percent that will disproportionately benefit — the wealthiest people in the world.”

As a result, a tax aimed at cracking down on offshore profits is expected to collect a “small fraction” of the $150 billion it was projected to raise by Congress.

The department is expected to finalize additional rules in the coming weeks, the Times reported, and “big companies have spent this fall trying to win more” tax breaks, with some even threatening to move overseas if the administration does not cave to their demands.

Arizona GOP worried Trump and McSally will cost them the state: “Arizonans are fed up”