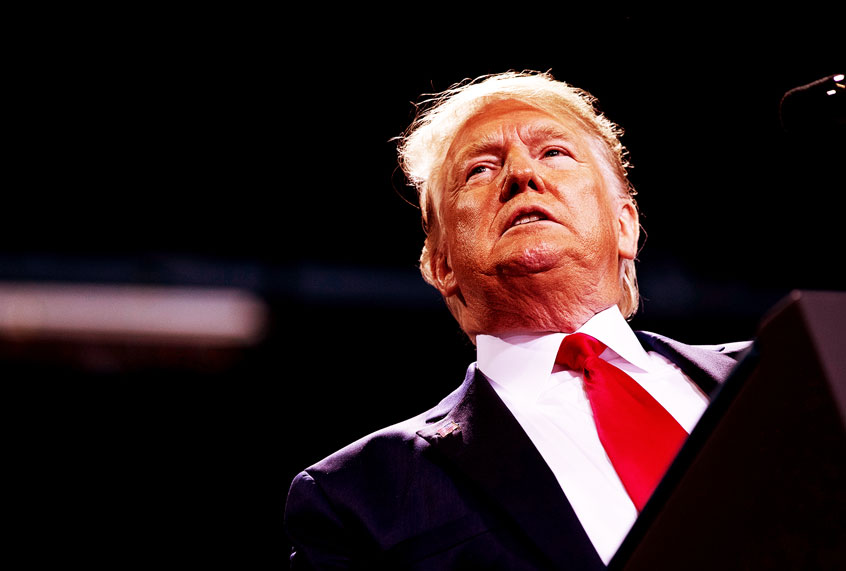 “At the direction of the president, the U.S. military has taken decisive defensive action to protect U.S. personnel abroad,” the Pentagon said in the statement announcing the killing.

The airstrike, which took place at Baghdad International Airport in Iraq on Friday, also killed Abu Mahdi al-Muhandis, the deputy of the Popular Mobilization Units, according to NBC News. The Defense Department claimed that the airstrike was a response to intelligence pointing to planned attacks on Americans by Soleimani.

The killing of the commander, who politicians across the political aisle acknowledged was responsible for the lives of many Americans, marked a sharp escalation after thousands of protesters stormed into the heavily-guarded compound of the U.S. Embassy in Baghdad on Tuesday in response to American airstrikes, which killed 24 members of an Iranian-backed militia over the weekend. A majority of those involved were affiliated with Kataeb Hezbollah, an Iran-backed Shiite militia group, according to NBC News.

The targeted killing could come to pass as a defining foreign policy decision of Trump’s presidency.

The Pentagon’s statement directly blamed Soleimani for the attack on the embassy, in which protesters made it to the reception area of the compound, according to NBC News. In response, the president had already ordered the deployment 650 soldiers to the Middle East.

“[Soleimani] had orchestrated attacks on coalition bases in Iraq over the last several months, including the attack on Dec. 27, culminating in the death and wounding of additional American and Iraqi personnel,” the department said. “General Soleimani also approved the attacks on the U.S. Embassy in Baghdad that took place this week.”

The president did not publicly address the airstrike Thursday, though he did tweet the image of the American flag, leading many to speculate it was an acknowledgment of his show of military force. The kill order stood in sharp contrast to the president’s invocation of the word “peace” more than once when asked about a potential war with Iran on New Year’s Eve.

“I want to have peace.  I like peace,” the president said, according to an official White House transcript. “And Iran should want peace more than anybody.”

Former Vice President Joe Biden, currently one of the front-runners for the Democratic presidential nomination to take on Trump in 2020, issued a stark warning about the potential consequence of Trump’s actions: “We could be on the brink of a major conflict across the Middle East.”

“President Trump just tossed a stick of dynamite into a tinderbox,” Biden said in a statement. “And he owes the American people an explanation of the strategy and plan to keep safe our troops and embassy personnel, our people and our interests, both here at home and abroad.”

Sen. Bernie Sanders of Vermont, another one of the primary contenders for the Democratic presidential nomination, feared that the attack would result in an inextricable debacle akin to the Iraq war.

“When I voted against the war in Iraq in 2002, I feared it would lead to greater destabilization of the region. That fear unfortunately turned out to be true,” Sanders wrote on Twitter.  “Trump’s dangerous escalation brings us closer to another disastrous war in the Middle East that could cost countless lives and trillions more dollars,” he continued. “Trump promised to end endless wars, but this action puts us on the path to another one.”

Sen. Elizabeth Warren of Massachusetts, another of the top contenders in the Democratic presidential race, directly invoked the word “war.”

“Soleimani was a murderer, responsible for the deaths of thousands, including hundreds of Americans,” Warren wrote on Twitter. “But this reckless move escalates the situation with Iran and increases the likelihood of more deaths and new Middle East conflict. Our priority must be to avoid another costly war.”

Will a COVID-19 vaccine be the “October surprise” that saves Trump’s re-election campaign?