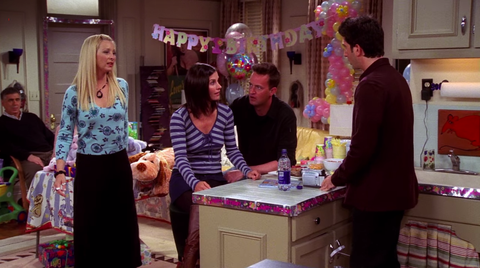 Baby Emma from Friends has finally woken up from her nap—to make us all feel very, very old. Back in the 2003 Friends episode “The One with the Cake” Monica and Chandler recorded a 18th birthday message for Ross and Rachel’s sleeping baby daughter. “Hi, Emma,” an annoyed Chandler begins. “It’s the year 2020. Are you still enjoying your nap?”

“We’re Aunt Monica and Uncle Chandler, by the way—you may not recognize us because we haven’t spoken to your parents in 17 years,” an equally irate Monica adds.

Chandler then joked: “We used to be married, but then we missed a weekend away together and things kind of unraveled. Because of you!”

Well, we’re now in the year 2020, and the now-grown-up actress who played Emma—Noelle Sheldon, who played Emma along with her twin sister Cali—has responded to the joke with a brilliant Instagram post.

Sharing a Photoshopped picture of herself in Central Perk, Noelle wrote: “Just woke up from the best nap of all time, happy 2020!! (ft. my poorly done photoshop) Hope everyone has an excellent year full of family, friends, and laughter!!”

Meanwhile, Friends’ co-creator David Crane has revealed that the show nearly ended much earlier than it eventually did in 2004. “When we were doing the eighth season, we were told, ‘This is the end’,” he said. “And then they negotiated another season, so we’re in for nine. We were told at a certain point on nine that ‘This is absolutely the last season’. And then a week later, they came back and went, ‘Well…’

“And so we got to the 10th season and said, ‘Let’s be really clear: we can’t keep not knowing where we’re going.’ So we knew, definitively, it was the last one.”

Man-baby smashes democracy: Daniel Drezner on our “Toddler in Chief” 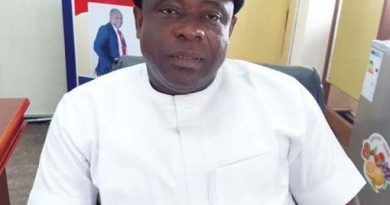 This is purely for academic purpose. I need sincere participants for this survey. Ordinarily, I would not engage with this survey on this platform, but i want to get a larger answer to these questionn...
View on Facebook
·Share

Funeral rites for the late murdered MP for Mfantseman, Ekow Kwansah Hayford, are currently underway in the Central region amid