Pro-democracy campaigner and investigative journalist, Omoyele Sowore, has called on Nigerians to continue to support PUNCHin every way possible including purchasing copies of the widely-read newspaper.

In a post on his Twitter handle on Thursday, the rights activist and Publisher of Sahara Reporters – Nigeria’s pioneering online news platform – hoped that at least one million Nigerians can purchase a copy of the paper each to appreciate PUNCH for all that it had done to promote rule of law and free speech in the country.

On Monday – New Year’s Day – leading Nigerian newspapers had carried a special message from the Federal Government to citizens, wishing them a great 2020 ahead.

PUNCH, boasting arguably the widest reach of the pack, was omitted from the advert train, raising suspicion that it could have been left out due to its latest hard-line stance against the regime of President Muhammadu Buhari.

In a stinging and widely-applauded editorial that echoed the feelings of majority of Nigerians on December 11, PUNCH newspaper not only condemned the unlawful detention of Sowore, Sambo Dasuki and many others held arbitrarily by the Department of State Services despite several court orders directing their release on bail, the media outfit also went further by declaring that it would henceforth prefix Buhari’s title with his last rank as a military officer – major general – in protest of his administration’s penchant for ignoring the dictates of the Nigerian constitution.

Applauding the media organisation for that bold step and calling on Nigerians to continue to stand by the newspaper, Sowore said, “Today we decided to buy and read PUNCH Newspaper and hope at least one million Nigerians can purchase a copy of the revolutionary daily paper.

“The PUNCH has become the newspaper of the people and we have a duty to help sustain their conscientious style of reporting.

“We did this because the Nigerian Presidency decided in its pettiness not to place an advert in PUNCH because of their uncompromising position on tyranny, free speech and civil rights.”

Interestingly, since Sowore’s post on Twitter, PUNCH has been a hot trending topic on the popular social networking platform.

The post has attracted dozens of comments and retweets from prominent individuals and groups already.

Recall that exactly 13 days after PUNCH’s brilliantly-crafted editorial supported by a sea of international pressure, the Nigerian Government succumbed by releasing Sowore and Dasuki on December 24, 2019.

Sowore was first arrested on August 3, 2019 for calling on Nigerians to take to the streets in peaceful demonstrations to demand a better country from the government and remained in detention until December 5 when he was briefly released on bail.

On December 6, he was rearrested inside the Federal High Court, Abuja, by DSS operatives and remained in custody until December 24 when Malami gave the latest release order.

In the weeks following his arrest and unlawful detention, a plethora of voices resonated all across the globe calling for his unconditional release and right to freedom of expression.

The United States Government through the US Department of State, leading lawmakers from the American society, European Union, Amnesty International, leading and renowned scholars including in Nigeria were among dozens of institutions, groups and individuals that condemned Sowore’s unjust arrest and incarceration by the Nigerian Government.

His trial resumes weeks from now in a case brought against him the Nigerian Government.

Sowore is being accused of insulting President Buhari and planning to bring down his regime. 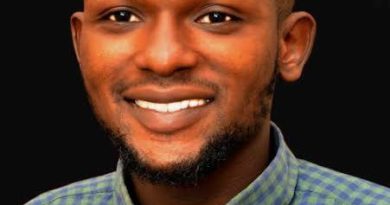