When watching “Sex, Explained” — the new Vox-produced Netflix limited series — I couldn’t help but think of how woefully inadequate sex education in the United States is. Currently, only 13 states in the nation require sex education to be medically accurate, and the level of general deficiency has become something of a trope on television.

From “Big Mouth” to “Mean Girls,” depictions of the unprepared and unqualified sex education instructor, who is often also the gym teacher for some reason, causing some unsuspecting preteen to faint at the sight of an ovary diagram have become ingrained in the pop culture canon.

I think these curricular gaps open the door for sex ed-ish content targeted at adults; “Slutever” by Karley Sciortino for VICE comes to mind. In the web series, Sciortino dives into the world of sex robots, ecosexuality (people who believe that having sex with the Earth can save it), and “pet play.”

In both tone and topic selection, “Slutever” is inherently salacious — which is absolutely fun. But “Sex, Explained” excels in finding a voice that is smarter than it is steamy, which isn’t a surprise if you’ve watched the “Explained” Netflix series that preceded it.

The first season began streaming in 2018. Each week, a new mini-documentary — which clocked in around 20 minutes long — would debut, covering topics ranging from K-Pop to DNA to astrology. It was critically well-received for its fast-paced breakdowns of complicated topics; IndieWire’s Steve Greene wrote that “this explainer model has specific value in a growing, search-based relationship to knowledge that produces bite-sized understandings of vast-reaching concepts.”

Joshua Benton pointed out for Nieman Lab that “Vox’s new Netflix series is really good, but it doesn’t get us any closer to figuring out what news on streaming platforms looks like” — and that’s true. The topics dissected in “Explained” don’t directly respond to breaking news, but it has figured out how to provide a primer on buzzy topics. This was on display in their 2019 limited series “The Mind, Explained,” which covered subjects like dreams and anxiety, and in their normal season episodes on the female orgasm and monogamy.

“Sex, Explained,” which is narrated by Janelle Monae, uses the series’ now-predictable video essay format rich in animation and expert voices to examine sexual fantasies, attraction, fertility, birth control, and childbirth. Many of the episodes are guided by a seemingly simple question or two, like “How do I know if I’m attracted to someone?” or “We invented hormonal birth control over 60 years ago — shouldn’t it be better by now?” as a way to get in-depth about the physiology of human “chemistry” and the history and future of contraception.

As with previous iterations of “Explained” you won’t leave this series as an expert, per se, on any one topic, but it’s certainly an entertaining and informative start to some more adult-oriented sex education.

“Sex, Explained” is currently available to stream on Netflix. 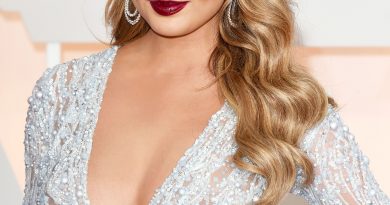 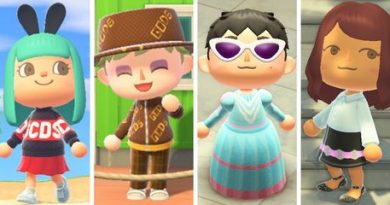 The Edo State Government, through the Edo State Skills Development Agency (EdoJobs) in partnership with the Amazon Web Services’ (AWS) re/Start programme will graduate the first cohort of its 12-week cloud computing training in January, 2021.

According to the Managing Director, EdoJobs, Ukinebo Dare, the programme is integral to the state government’s drive to up-skill its youth population to become productive, take up career opportunities and compete favourably in the Fourth Industrial Revolution.

Dare noted that the training, now in its 8th week, will enable young school leavers and National Diploma (ND) certificate holders to launch early careers in cloud computing, adding: “The programme, which is the first cohort in the series will round off in January.”

She said: “The AWS re/Start is a skills development programme that prepares learners for entry-level careers in the cloud. The program’s mission is to build local talent by providing AWS Cloud skills development and job opportunities to unemployed or underemployed populations.”

Speaking to our correspondent, one of the beneficiaries, Obehi Barret, a Biochemistry graduate of the University of Port-Harcourt, hailed the Governor Godwin Obaseki-led state government for the opportunity.

According to her, “So far, my experience has been really great, exciting and interesting. The AWS re/start program has really opened my mind to lots of opportunities and I can’t thank the state government enough for this rare opportunity.

“The programme offers AWS Certification Training and helps you achieve your AWS cloud career goals. It helped me realise how big the world of Tech is and how I can tap into it. We have been tutored on the Linux Operating System, Networking and Programming, including Python Programming Language.” ... See MoreSee Less

Grab Coffee And a Morning Styling Session With Tan France