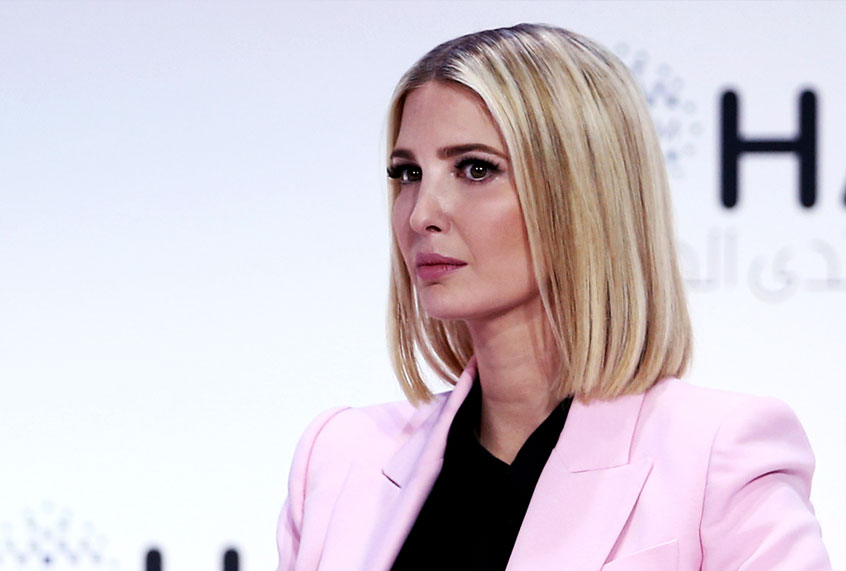 The State Department launched an intense investigation to find out who “liked” Chelsea Clinton’s tweet at President Donald Trump, The Daily Beast reports.

The tweet came after Trump came under fire for allowing his daughter Ivanka Trump to sit in his seat during the 2017 G-20 summit in Hamburg, Germany. The president hit back at critics on Twitter.

“When I left Conference Room for short meetings with Japan and other countries, I asked Ivanka to hold seat. Very standard. Angela [Merkel] agrees!” he wrote.

“If Chelsea Clinton were asked to hold the seat for her mother, as her mother gave our country away, the Fake News would say CHELSEA FOR PRES!” he later added.

Chelsea Clinton responded with a tweet of her own.

“It would never have occurred to my mother or my father to ask me,” she wrote. “Were you giving our country away? Hoping not.”

The tweet received more than half a million likes, including one from an account for the U.S. mission to the European Union.

The “like” prompted an “irate” call from Secretary of State Rex Tillerson’s office in Washington, prompting a weeks-long investigation by into who at the Brussels mission “liked” the tweet, according to The Daily Beast.

Officials told the outlet that the department has continued to micromanage staffers stationed overseas. The officials said they “often” received complaints from Washington officials about whether their language on Twitter “matches the president’s tenor.”

Officials want the tweets to reflect the views of the department, but they are also “wary” of promoting posts that may appear to “undermine the desires of the president,” according to the report.

It is unclear if the president was involved or was even aware of the effort to find the person who “liked” Clinton’s tweet. But word of the “Chelsea Clinton thing” reached the West Wing, where “it became a piece of gossip and facepalming among Trump aides,” according to The Daily Beast.

The investigation came amid extensive worries in the administration over leakers.

“During that first year, people were constantly trying to get other people fired; some even compiled lists of people to fire that they would show, or try to show, to the president,” a former White House official told The Daily Beast. “[The Chelsea Clinton incident] was another little thing that fueled suspicions and reminded . . . officials in the White House that there were a lot of people working in the administration who clearly hated Donald Trump.”

The State Department claimed that Aro was “incorrectly notified” that she would receive the award, but a U.S. diplomatic source told the outlet that she was rejected over her posts.

“It created a sh*tstorm of getting her unceremoniously kicked off the list,” the source told Foreign Policy. “I think it was absolutely the wrong decision on so many levels.”

“[When] I was informed about the withdrawal out of the blue, I felt appalled and shocked,” Aro told Foreign Policy. “The reality in which political decisions or presidential pettiness directs top U.S. diplomats’ choices over whose human rights work is mentioned in the public sphere and whose is not is a really scary reality.”

How should investors respond to the global economic slowdown?