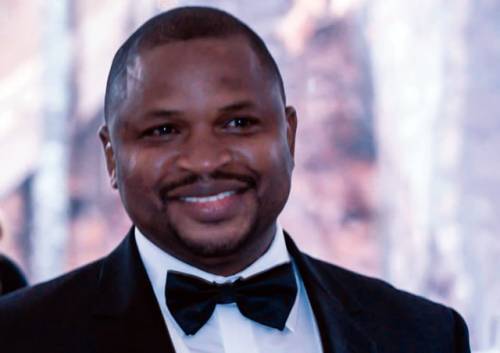 In 2018, Omoyele Sowore said he got into politics to “disrupt” the Nigerian political landscape like he did the media landscape. Many people thought he was being quixotic and self-aggrandising when he said that.

But he is turning out to be accurate. Since 1999, no lone individual has disrupted Nigeria’s political space with as much consequence as he has done.

In my interview with the Interview Magazine before he was rearrested in the court by Nigeria’s lawless Department of State Services, I nominated Sowore as my man of the year.

I said, “He forwent his comfort to confront Buhari’s monster of fascistic executive overreach and is living, at least for now, to tell the story.

“He refused to give in when several interest groups prevailed upon him to compromise. He stuck to his guns, and he has now been released from illegal confinement.

“In this season of mass authoritarian hypnotism in Nigeria, that’s worthy of admiration and praise.”

Because of Sowore, Sambo Dasuki, who had been in jail since 2015 – in spite of several court orders asking that he be released on bail – is now out of illegal detention. Other unjustly detained people such as Ibrahim El-Zakzaky may be next.

Because of Sowore, United States senators wrote a strongly worded letter to Nigeria. Lickspittle Femi Adesina, who said the US wasn’t the world’s police and should mind its business didn’t get the memo that when American sneezes, his puppeteers in Aso Rock quake in their boots.

Because of Sowore, the PUNCH wrote a trenchant editorial that rattled the addled little brains of the fascists in Aso Rock and their media enablers.

Because of Sowore, our Attorney-General of the Federation suddenly became sober enough to eat his words and do the right thing. Recall that on December 17, Malami had said he couldn’t ask the DSS to release Sowore.

That, right there, my friends, is a disrupter.

Bokoharam victims above; and bokoharam members, below. What a country! ... See MoreSee Less

I am confident that Nigerians would soon be able to sleep peacefully — Buhari ... See MoreSee Less

The president made the statement while reacting to recent attack by Boko Haram.
View on Facebook
·Share

That's when u are no More, mumu man

We have already put our legs in a big and deep ocean. Only God can help the situation we find ourselves.

You are very quomfidence my presido

you are a bastard what can of government are you

Oh my God, this robbot is missing it. He needs new batteries.

This man is making mockery of nigerians

Bukuharam chairman operation. Ur terrorist network shall be over soon 🖕

I remember you saying boko haram will be a thing of the past in three months after election, shame

Caring boy Keep it up

I love this baby

Awwwn This is so sweet ❤️

A very humble and humane man of God. More blessings on his ministry

Congratulations Your Grace. Wishing you many more years of fruitfulness in the Lord's vineyard. Amen

I told u Bayern Munich will dissect these small boys in their home ... See MoreSee Less

Hmmm they really do

What is the scores

Giving foreign celebrities Nigerian names just never gets old. This past weekend it was one of football’s greats, Micah Richards

Turns out Uber and Lyft rides are not eco-friendly at all: study

In “Life in Synchro,” this hyperfeminist sport empowers women to work together