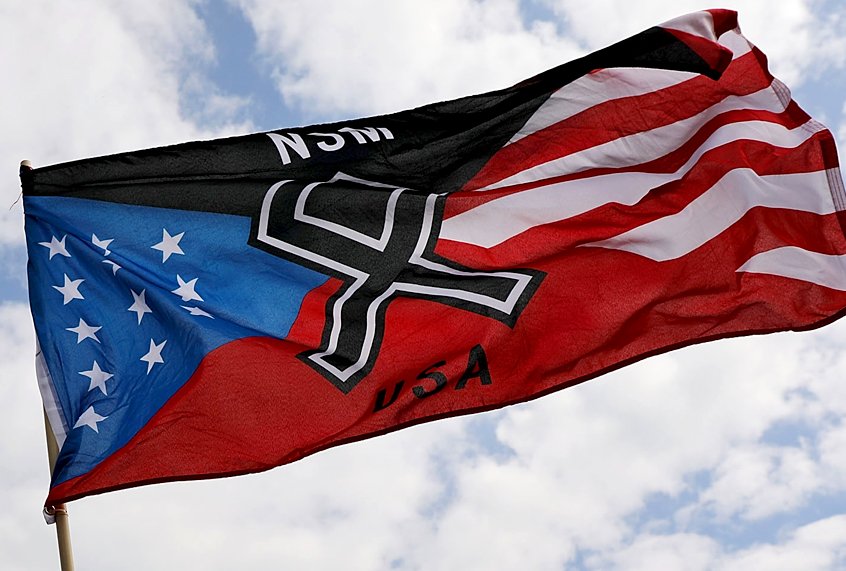 Spokespeople for West Point and Annapolis told reporters on Saturday that the Army and Navy are “looking into” the possible use of a white power hand signal by military personnel during the ESPN broadcast of the two branches’ annual football game.

“We’re looking into it. I don’t know what their intention is,” Lt. Col. Chris Ophardt, a West Point spokesman, told reporters shortly after the sign was flashed on television, according to The Wall Street Journal. His comments were echoed by Cmdr. Alana Garas, who told the press that “we are aware and will be looking into it.”

The gesture, which involves fully extending the last three fingers on one’s hand while using the thumb and forefinger to form a circle, was flashed by two West Point cadets and one Naval Academy midshipman in a segment from the student section during the ESPN broadcast on Saturday. If military authorities determine that it was an attempt at demonstrating white supremacy, it will deepen concerns that already exist about the rise of far right and other racist movements in the armed forces. A study by the Department of Defense in 1998 found that leaders of far-right extremist groups had encouraged young people to join the military to gain access to weapons and various skills, according to NBC News. When a 2009 report by the Department of Homeland Security warned that a recent economic downturn and the election of the first African American president made military personnel and veterans vulnerable to recruitment by far right groups, President Barack Obama’s administration faced a major political backlash for authoring the study. Nevertheless, a Military Times poll taken last year found that 22 percent of service personnel had seen signs of white nationalism or racist ideology in the military.

The Anti-Defamation League has expressed caution about definitively declaring the use of the hand signal in question from the Army-Navy game to be white nationalist on all occasions.

“Because of the traditional meaning of the ‘OK’ hand gesture, as well as other usages unrelated to white supremacy, particular care must be taken not to jump to conclusions about the intent behind someone who has used the gesture,” the Anti-Defamation League explained in a statement. The Anti-Defamation League has also pointed out that the meme has become popular among extremists in part because of its ambiguity.

As the Southern Poverty Law Center wrote last year, “when it gets flashed during a national broadcast, or during a video being shot to promote the Coast Guard, or by a cluster of Proud Boys and ‘Patriots,’ what it’s about most of the time is a deliberate attempt to ‘trigger liberals’ into overreacting to a gesture so widely used that virtually anyone has plausible deniability built into their use of it in the first place.” The organization noted, however, that “the problem, of course, is that there are white nationalists, neo-Nazis and Klansmen who have increasingly begun using the use of the symbol both to signal their presence to the like-minded, as well as to identify potentially sympathetic recruits among young trolling artists flashing it. To them, the configuration means WP, for ‘white power.'”

Last year Salon had an email interview with Roger Stone, a former adviser to Presidents Richard Nixon and Donald Trump, who was photographed flashing the hand signal alongside members of the Proud Boys, a pro-Trump men’s organization.

“Is that photograph of you flashing a white supremacist hand symbol genuine? If so, I have some thoughts about it as a Jewish person,” this author wrote to Stone.

“Bullshit. It is not consider a White Supremacist hand signal. I am aware of this bogus claim. It is a gesture which means OK,” Stone replied. After Stone denounced racist groups and cited his work with Nixon and ongoing support for Trump, Salon asked him why “you and the Proud Boys chose to flash the ‘OK’ hand signal at this particular moment” as “that doesn’t make a great deal of sense.”

Stone replied, “The gesture is used often by President Trump and is used to connote support for the president in photos of the proudboys [sic] nationwide.” After again denying that it was a white supremacist hand signal, Salon provided Stone with a link to an Anti-Defamation League article explaining the history of the hand signal and asked about Stone’s views on Trump’s 2017 defense of the alt-right protesters in Charlottesville. Stone did not reply.

My student comes home: A study in American injustice 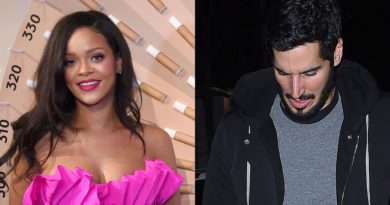 Up and coming Ghanaian musician Ramiforson is planning to hit the music market soon. The Highlife/ Hiplife singer born Rahman