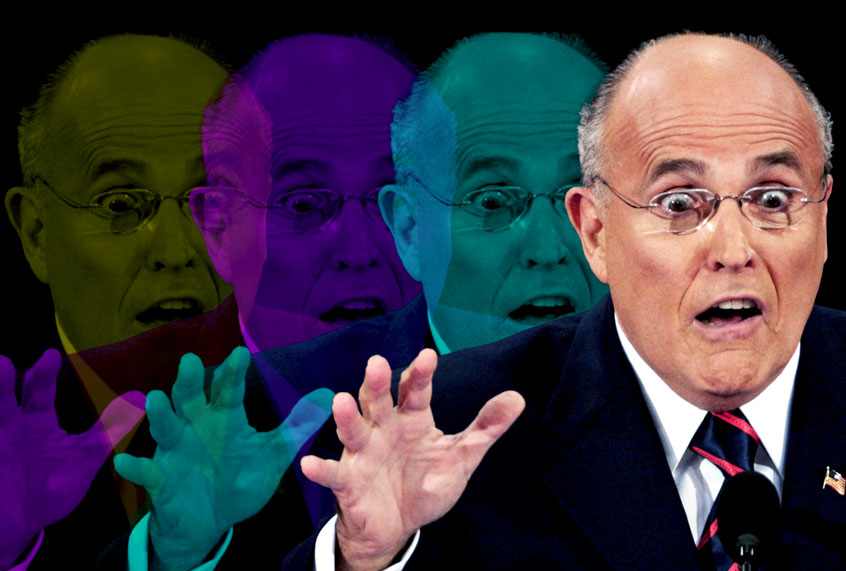 Attorney General Bill Barr has advised President Donald Trump to cut personal attorney Rudy Giuliani loose amid the impeachment inquiry which Giuliani’s actions appear to have precipitated, according to The Washington Post.

Barr has advised Trump on “several conversations” that Giuliani has “become a liability and a problem for the administration,” The Post reported. In one conversation, Barr allegedly warned Trump that he was “not being well-served” by Giuliani.

Trump has thus far defended Giuliani while trying to distance himself from his efforts in Ukraine to find damaging information on former Vice President Joe Biden and to corroborate a debunked conspiracy theory that Ukraine — not Russia — interfered in the 2016 election.

The president stressed, however, that he did not “direct” Giuliani to travel to Ukraine. Trump further claimed that his personal attorney might have been working for “other clients” in the European country in spite of Giuliani’s repeated insistence that his only client is the president.

Indeed, Giuliani’s recent moves have further raised eyebrows. Last week, he traveled to Ukraine to obtain statements from officials seeking to further his narrative and counter House Democrats’ damning impeachment report. Trump said that Giuliani had compiled “a lot of good information,” which he would likely report to “the attorney general and to Congress.” But even close Trump allies like Rep. Matt Gaetz, R-Fla., called Giuliani’s trip “deeply weird.”

“The fact that Giuliani is back in Ukraine is like a murder suspect returning to the crime scene to live-stream themselves moon dancing,” Dan Eberhart, a prominent pro-Trump Republican donor, told The Post. “It’s brazen on a galactic level.”

The New York Times published a lengthy report Sunday detailing how Giuliani, obsessed with his relevance and eager to earn more income while going through an expensive third divorce, has brought Trump to the brink of impeachment while seeking to enrich himself overseas despite representing the president.

After failing to lobby Trump to name him secretary of state, Giuliani worked for clients in Iran, Brazil, Iran, Romania, Turkey, Uzbekistan and Venezuela. Giuliani even attempted to strike deals that would have paid him at least half a million dollars with the discredited former prosecutor who helped push his Ukraine narrative. He was also paid $500,000 by Fraud Guarantee, a firm started by indicted associate Lev Parnas, who helped Giuliani hunt for information in Ukraine.

Those who covered him when he was mayor of New York claim that Giuliani has changed into someone purely driven by cash.

“His values seemed to change,” Andrew Kirtzman, who authored a biography of Giuliani in 2000, told The Post. “He was the least materialistic figure I’d ever covered back in his prosecutorial and mayoral days. His interest was always in power — not money. Then he became a man who was very interested in money.”

Federal prosecutors in the Southern District of New York, the same office Giuliani once headed, are reportedly probing whether Giuliani sought to profit from his overseas dealings. Investigators are said to be examining whether Giuliani violated federal laws requiring him to register as a foreign lobbyist, as well a plethora of other potential charges.

Republicans in Congress have also zeroed in on Giuliani’s business dealings in an apparent attempt to distance Trump from the efforts of his attorney.

Republican counsel Steve Castor raised Giuliani’s “private business interests in Ukraine” during last month’s House Intelligence Committee hearings, as well as his ties to Parnas and fellow indicted associate Igor Fruman. Republican lawmakers have suggested that Giuliani was doing his own “thing” in Ukraine, and he went “rogue.” Multiple Republican sources told The Post that Giuliani’s “business interests in Ukraine” suggest he was “motivated by personal gain”— and not “loyalty to Trump.”

Throwing Giuliani under the bus could be a risky strategy, given that Giuliani has suggested he has “insurance” in case Trump cuts him loose. The Times noted that Giuliani’s “need for money shows no sign of ebbing” as he faces legal fees in the millions of dollars in the New York investigation and his divorce battle.

Giuliani, meanwhile, again denied to The Times that he had any other clients aside from Trump and insisted that he would be vindicated.

“These morons,” Giuliani told The Atlantic of Democrats that have accused him of wrongdoing. “When this is over, I will be the hero.”

The latest “Bill & Ted” adventure is more bogus than excellent, despite some chuckles

Police Commander Thrown Out Of Yendi For Disrespecting Yaa Naa