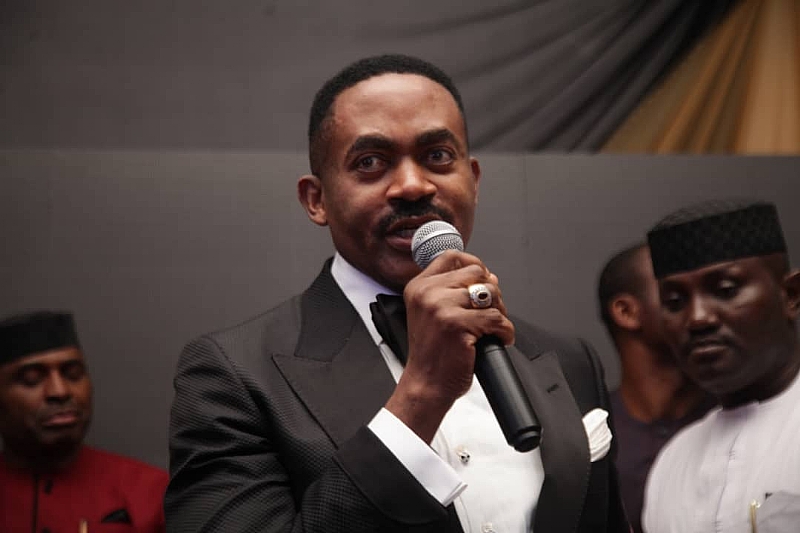 As Anambra state draws closer to moments of deciding a new leadership in its forthcoming governorship elections, sociopolitical and socioeconomic groups and institutions such as ‘Igbo Global Youth Assembly’ have voiced out on their choice of Dr. Godwin Maduka, an international industrialist, a versatile personality, an uncommon philanthropist and a proactive intellectual.

According to Researches and interviews across Anambra state, the yearnings for Dr. Godwin Maduka, Of Umuchukwu community in Orumba South LGA, to become Governor of the state was influenced by the discovery of his infrastructural revolution and exceptional contributions in the United States Of America. Speaking during an interview with residents of Anambra state, it was confirmed that the people yearn for him to return home and lead because of the capacity and foresight he possesses.

They believe that his vast international relationships and leadership abilities will help to pull Anambra state through the historic paths of unequivocal expansion and relative development. Having been described as a modest industrialist, Dr. Maduka as a professional Doctor based in Las Vegas built one of the biggest healthcare facility in US, alongside his countless engagements of philanthropic gestures across the globe, recording more concentration in Anambra community, Nigeria.

According to some other persons, the already established impact of Dr. Maduka in Anambra state was even more impressive and more significant as against that of successive leadership, public and private institutions. The billionaire Doctor has contributed earnestly to the improvement of the state even as a Diaspora Anambrain.

Some of his impact and provisional projects include: two churches, one each for the Anglicans and Catholics, A Trinity Hospital and Maternity Home, 100 standard houses for widows and the poor, Built Immaculate Conception International College 1 and 2 , with buses donated, built a police station for security and a magistrate court. Developed a standard market called “Afor Market”, built barracks for the Civil Defense staff, built two monasteries for churches and built a community centre (Community Hall and his own Village Hall).

More of his social engineering impacts are the building of a post office, a state high court, provided transformers to boost electricity in the community, built mighty edifices for primary and secondary school, built a palace for the monarch, civic centre, built houses for clerics of Catholic and Anglican churches, as well as other denomination and built a Five star hotel known as Lion of Africa resort. These and amongst others are the giant strides of visible achievements made by the US based doctor in Anambra state, his homeland.

“It is only folly if we don’t tell ourselves the truth and elect the best candidate, the one whom the cap of outstanding and impact-driven leadership fits. There might be no better candidate for the position of the next Governor of Anambra state, if only Dr. Maduka accepts our view and return home to allow us come out enmasse to vote him as the new Governor of the state”, says Rev. Cali Ugo Prince, an indigene of Akwaihedi Nnewi South Anambra state

Never forget to take an RMD