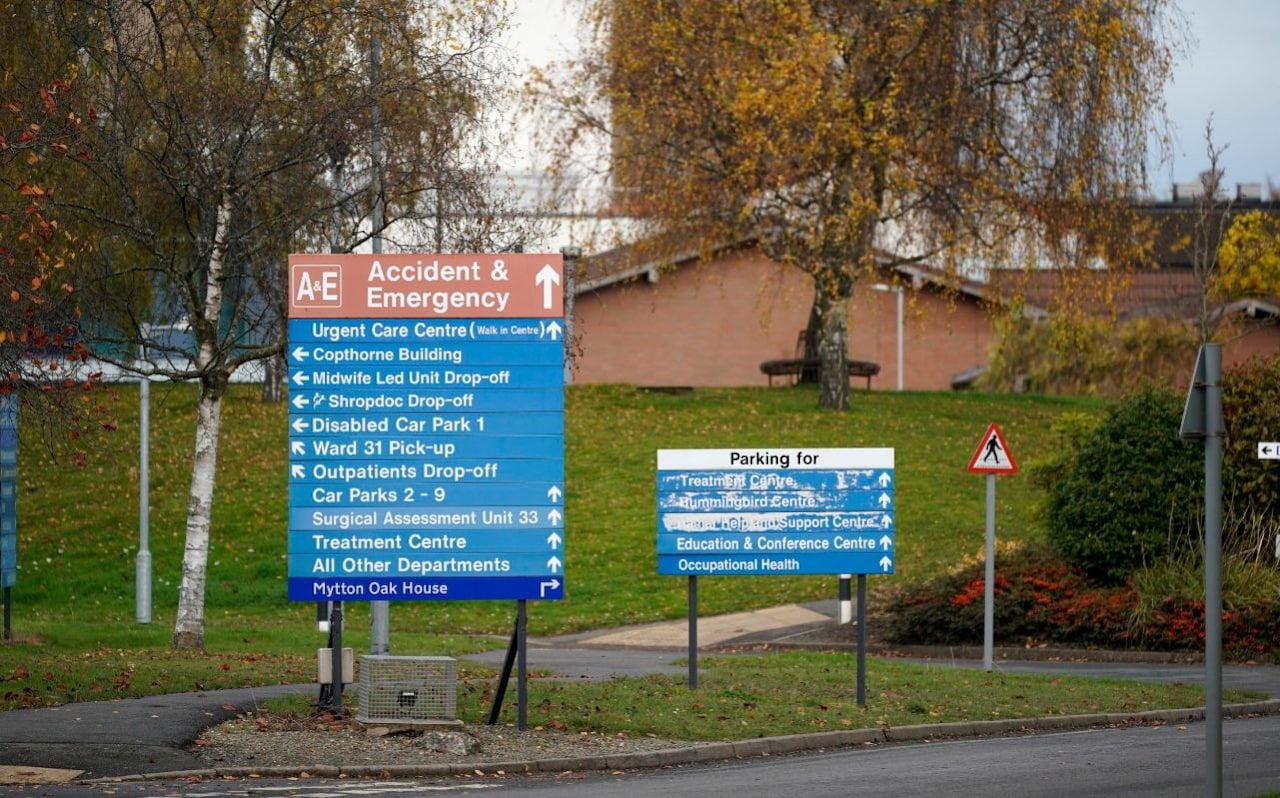 Women giving birth at the unit at the centre of Britain’s biggest maternity scandal are still at risk, a report by watchdogs reveals.

Inspectors from the Care Quality Commision (CQC) found desperate staffing shortages and a lack of equipment used to monitor women in labour at Shrewsbury Hospital.

It comes just weeks after a leaked report revealed the deaths of 42 babies and three months, at Shrewsbury and Telford Hospital Trust, with more than 600 cases under investigation.

In April CQC inspectors warned that high vacancy and sickness rates were endangering the safety of patients.

The inspectorate said it had found some improvements to the trust’s maternity services, when it paid a follow-up visit last month.

But it warned of major shortages of midwives, with around one quarter of posts unfilled and highlighted a catalogue of safety risks.

The regulator said it had serious concerns about Accident and Emergency departments and medical wards at both Princess Royal Hospital and the Royal Shrewsbury Hospital, and had taken urgent action to step in to protect the safety of patients.

The trust is currently rated as inadequate.

Last month a leaked report about the trust told of the deaths of 45 mothers and babies a”toxic” culture stretching back 40 years.

The investigation, part of an independent inquiry ordered by the last Health Secretary, warns that failings date back four decades, in what is likely to be the worst NHS maternity scandal in history.

Staff at the trust routinely dismissed parents’ concerns, were unkind, got dead babies’ names wrong and, in one instance, referred to a baby who died as “it”.

*If you love your self, family, state, and nation, then share to as many people as you can..... (MAY GOD help us all & save us all from all IMPENDING JUDGEMENTS! In Jesus Name!!!!) ... See MoreSee Less

I see you people blessing he this are the materials donated to Nigeria by the Chinese I pity the people that will use this materials. Face mask are for infected people I want you to know that this so call leaders in this country of ours dose not mean well for any of us what we need now is not face mask but money and food items Nigerians be warn

Taken over the world Power without Missile, Rockets, Bomb and Gun.

Our speculations are already coming to reality:

🎈 Corona in Wuhan's nearby city of Beijing / Shanghai had no effect, but ...
^ Death in Italy, Iran, Europe countries and ruining the world economy…!
All business areas of China are safe…!

🔹 * Something is wrong…! *
America is not blaming China like this ...! *
🎈4
Fear of terror, America kept protecting us and kept selling weapons and ...
🔹 On the other hand, China has worsened the economic situation of the whole world and today itself is sitting safely!
🔹 It says - far-sighted and long-held conspiracy to rule the world ...!
The virus from Wuhan reached the whole world but did not reach Beijing, Shanghai ...! Why ...?

Great people in the world have been corona, Hollywood - Star, Australia's Home Minister, Britain's Health - Minister, Spain's Prime Minister's wife and now Britain's Prince Charles also has Corona, but China Corona has not even touched a single leader, a single military - commander ...! Why ...?

🎈 Corona virus has ruined the economy worldwide, thousands have lost their lives, millions have been sick and countless people have been locked in homes, locked down in many countries, In which India is also one!

🎈 Corona virus has originated from the city of Wuhan in China and now it has reached every corner of the world, but this virus has not reached the capital of China: Beijing and the economic-capital: Shanghai near Wuhan, why ...?

🎈 Beijing is the city where all the leaders of China live, military-leaders live here, those who run the power of China live here, there is no lock-down in Beijing! It is open! Corona has no effect here, why ...?

🎈 Shanghai is the city that runs China's economy, it is the economic capital of China, here all the rich people of China live! Those who keep the industry running, there is no lock-down here, corona here has no effect…! * Why ...? *

🎈 Is corona a pandemic virus, which has been told that you have to create panic all over the world, but you will not come to Beijing and Shanghai, it is very important to ask China the question that when the biggest developed countries of the world Could not stop Corona! Corona created terror in big cities of the world, so why did not this conflict reach Beijing…? ; Why not reach Shanghai ...? * Why ...? *

🎈 Today, the whole of India and 130 crore Indians may be locked-down! Our economy is coming to a standstill, but all major cities of China are open and now and from April 8, China is also opening Wuhan! The whole world is stricken with terror! Now new cases are not coming in China and China is open…! * Why ...? *

🎈 Another big thing is that the stock market around the world has fallen by almost half! Nifty has gone from 12 thousand to 7 thousand in India too! But China's share - market was at 3 thousand which is only at 2700! There is no effect of this virus on the Chinese market as well…! * Why ...? *

Whatever these things are, they only point to one thing that the corona is a bio-chemical weapon of China, which China has left for destruction in the world! After getting some people killed, China has now controlled this virus! Perhaps he also has medicine, which he is not sharing with the world!

Don't worry America is coming for u

He has not taken any power, he is just a terrorist

Let China been ban from every country of the world