Nigeria’s Attorney-General of the Federation and Minister of Justice, Abubakar Malami (SAN), has told an international audience that there is no room for impunity in the country.

In a statement by his Special Assistant on Media and Public Relations, Dr Umar Gwandu, Malami was said to have on Monday told the 18th session of the assembly of state parties to the Rome Statute of the International Criminal Court, The Hague, Netherlands, that the administration of President Muhammadu Buhari was committed to upholding the rule of law in Nigeria.

He said, “Nigeria is not a jungle. It is a peace and justice-loving country which is aspiring to develop and create a conducive environment for foreign and other investments, thereby generating jobs and other opportunities for the teeming population.

“Therefore, impunity being a critical element that could prevent this lofty idea from coming to fruition does not have a place and will never be tolerated in all facets of our criminal justice system.”

But Malami’ claim is in direct contrast to the reality on ground, according to checks by SaharaReporters.

On November 25, 2019 for instance, legal adviser to Amnesty International, Dr Kolawole Olaniyan, revealed that President Buhari had shown “stunning disregard for the rule of law and human rights, ignoring Nigerian judges on at least 40 occasions”.

The London-based lawyer, who accused the President of treating judges with disdain, also questioned the sincerity of Buhari’s anti-corruption fight.

He said, “It’s hard to overstate the significance of this disregard of court orders not just for the operation of the rule of law but also effective respect for constitutional and international human rights, such as freedom of expression, peaceful assembly, association and access to information. Yet, Buhari is carrying on, irrespective of human rights and the rule of law.

“Anytime the courts have told Buhari’s government to do something it doesn’t like, it has refused to obey it.

“Even Buhari’s Attorney-General, Abubakar Malami (SAN), once said the rule of law is what the authorities determine it to be.

“The government always has explanations on why it should not obey lawful court orders, seemingly replacing binding legal decisions with the vagaries of politics, and obeying the decisions whenever they suit it.”

In an interview with PUNCH, National Publicity Secretary of NBA, Kunle Edun, said Malami, as chief law officer of the country, ought to be worried by this trend.

He said, “The disobedience of court orders by the present Federal government is legendary.

“This is not good for our polity. The judiciary remains the only arm of government that can guarantee the rule of law in this country. Court orders are now disobeyed by the Federal Government with impunity.

“Col. Dasuki, El-Zakzaky, Omoyele Sowore and many others that have been granted bail are still in the custody of security agencies that report to the Presidency.

“This sends a very dangerous signal to foreign investors and the international community.

“It is rather shameful that it had to take a foreign court to compel the Federal Government to comply with a judgment entered in relation to the P& ID case.

It has been over three years since Justice Gabriel Kolawole of the Federal High Court, Abuja, directed Buhari’s government to free leader of the Islamic Movement in Nigeria, Ibrahim El-Zakzaky and his wife, Zennah, from custody.

In his ruling on December 3, 2016, Justice Kolawole posited that the continued detention of the IMN leader and his wife was in gross abuse of their human rights as guaranteed by the Nigerian constitution and African Charter on Human and Peoples Rights.

The judge ordered their freedom within 45 days and a compensation of N50m to be paid to them by the government.

Spokesperson for the IMN, Ibrahim Musa, in a statement on Monday, said, “Failure to obey that judgment by President Buhari three years on and counting, makes it one of the worst violations of the rule of law and a monumental abuse of the rights of the couple.”

Senior Advocate of Nigeria and lawyer to El-Zakzaky, Femi Falana, disclosed that he had a roll call of at least 50 cases whose court pronouncements Buhari’s government flouted. 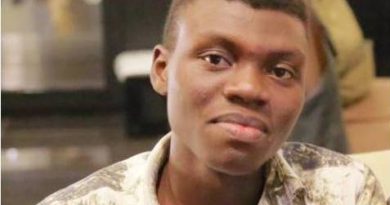 The “North”, By Adeyeye Olorunfemi

Why we lost to PDP in Edo Central, by ex-Deputy Speaker – The Nation Newspaper 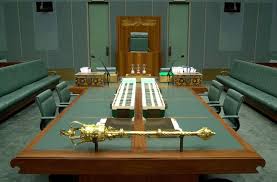