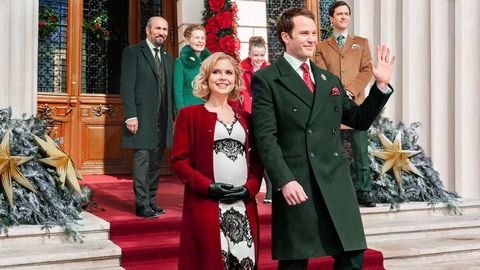 In some ways, this follows the real-life trajectory of Meghan Markle’s journey from American actress to royal and new mom. Here’s everything else we know about the soon-to-be trilogy.

When will it be released?

The movie is slated for a Thursday, December 5 release, so there will be plenty of time to watch over and over until Christmas Day—as Netflix suggested some viewers had with the original.

An official description of the plot reads: “It’s Christmastime in Aldovia—and a royal baby is on the way! Amber and Richard host royals from a faraway kingdom to renew an ancient truce, but when the priceless 600-year-old-treaty disappears, peace is put in jeopardy and an ancient curse threatens their family!” The drama!

Who is returning from the cast?

It looks like all your favorites from the first two films will be returning, including Rose McIver and Ben Lamb as newly-minted Queen Amber and King Richard. As for the royals from a faraway land they’ll be hosting? King Tai and Queen Ming of Penglia will be played by Kevin Shen and Momo Yeung. John Schultz, who directed A Christmas Prince: The Royal Wedding will also return.

Is there a trailer?

Netflix first released a sneak preview of all its holiday fare in October. The supertease, titled “It’s Beginning to Look a Lot Like Netflix,” (which is coincidentally what I say at the start of every lazy Sunday) features footage of Richard gifting Amber a tiny pair of blue Converse so that she and the baby can match. (If you don’t remember, the New-York-journalist-turned-Queen-of-Aldovia actually wore Converse to her own royal wedding.)

By November, Netflix had slipped a full-length trailer into our stockings—and it is truly wild. Not only are foreign rulers arriving, but they’re bringing the drama of a sacred treaty and potentially tragic curse along with them. As it turns out, King Tai and Queen Ming of Penglia are visiting Aldovia to renew a sacred 600-year-old truce between the nations. After the treaty disappears, the newborn will apparently be cursed if the document isn’t signed by midnight on Christmas Eve. However ridiculous, we’ll still be watching come December 5. 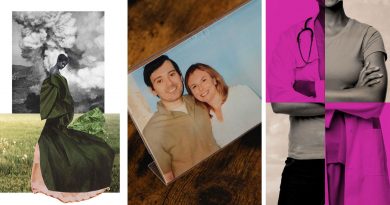 The pandemic presents colleges and universities with a no-win situation

Chairman of the People’s National Convention (PNC), Bernard Mornah says his timely intervention prevented a clash between his supporters and