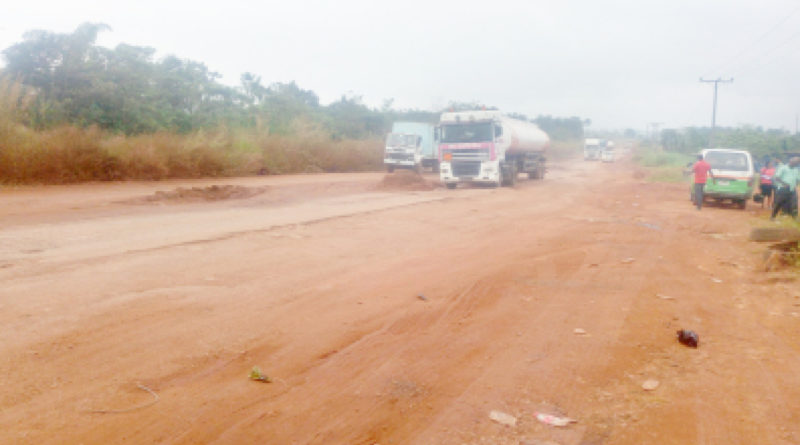 The terrible situation of the Enugu-Onitsha Highway is such that the driver maneuvers his heavy duty truck up-hill, then the vehicle snakes into man-swallowing potholes, with the engine occasionally ‘coughing’ and ‘sneezing’, then the vehicle wobbles, bending towards one side, compelling on-lookers and passers-by to hold their breath with popping eyes and mouth wide-open as if it would fall down.

Suddenly, a ‘miracle’ or ‘magic’ happens! The heavy weight of the vehicle shifts to the other side as the driver struggles to wrestle it out of the extremely difficult situation. Now, the vehicle stands and regains its almost lost balance and then continues its rigorous, stressful and sluggishly frustrating   movement up and down, from left to right until it finally meanders out of the treacherous terrain and goes on smooth ground again.

The state of the Enugu-Onitsha highway is better experienced than described. It questions the existence of all tiers of government and also exposes how considerate or otherwise the government (including past administrations) is to the well-being of the governed.

The deplorable condition of federal roads in the southeast zone may not be news after all, but what may shock an average traveler on the federal highways is the fact that the roads keep degenerating daily, whether in the rainy or dry season.

The devastation and inaccessible condition of some roads in the country, particularly those in the southeast was confirmed by the Minister of Works and Housing, Babatunde Fashola, recently. A State House correspondent had asked Mr. Fashola why Nigerian roads have remained impassible in spite of the billions of naira approved to fix them by the Federal Executive Council, and the worried Fashola was quoted to have said, among other things: “I am worried because a trip across roads from Abuja to Uromi, Delta State, Edo, Imo and other southeast states show that the roads are bad.”

A project supervisor in the Federal Ministry of Works, who identified himself simply as Engr. Eleweke, when he was encountered near the RCC Construction site along Enugu-Onitsha highway, said: “The rains are contributing to the delay in fixing the roads; the rain is also causing the damage on the road.” He referred this reporter to the Controller of Works, Federal Ministry of Works at the Federal Secretariat in Enugu.

From the infamous Ugwu Onyeama axis to the Ekochin Hospital Junction at 9th Mile, both sides of the highway are nothing to write home about.

Daily Trust Saturday reporter observed that from Ugwu Onyeama to 82 Division of the Nigerian Army along the Enugu-Onitsha-Abakaliki highway, only one side of the road is being currently used. But the danger is that heavy trucks could lose control and ram into smaller vehicles, according to residents of the area. “The terrain from Ugwu Onyeama to 82 Division is more of hill and valley. This makes it dangerous for travelers as only one side of the road is being used because with the lorries and big trucks moving to and fro, anything can happen in terms of brake failure and lose of control of vehicles,” said a driver who was buying fuel at NNPC station near NOWAS Junction on the highway.

However, the left side of the highway from the Ekochin Hospital Junction at 9th Mile towards Umumba area in Eziagu LGA of Enugu State has been completed. Ironically, the whole vehicular pressure is being put on the completed section, apparently jeopardizing the life-span of the completed section.

Sadly, from Umudioha village, near Nkwo Eziagu in Obinofia Ndiuno 1, the road is in a terrible condition. The Ugwuoba Cattle Market axis quickly reminds one of the Cattle Market on the Enugu-Port Harcourt highway at Lokpanta.

At Ugwuoba Cattle Market, heavy duty trucks and other vehicles are parked indiscriminately just like in Lokpanta. The cattle market area is hugely populated with one side of the highway completely collapsed. A large portion of the highway at Ugwuoba Cattle Market has become bush. Yet, there is a portion containing stagnant muddy water where only cattle and their herders pass through.

From the cattle market down to Nnamdi Azikiwe University, Awka, one would notice that the left side of the road has been turned to a temporary park for heavy duty trucks belonging to the Dangote Group.

“Where do you want us to park our vehicles?” asked one of the drivers when our reporter enquired why they’ve turned that section of the road to a park. “Which one is better; to allow this part of the road to continue to deteriorate further or to use the portion that is still left by erosion,” another driver asked. Both drivers declined to reveal their identities.

One rather curious observation by our correspondent was that the construction company handling the road – RCC, would work on one side of the road in Enugu State and then select another portion on one side of the highway in Anambra State and complete. There was no explanation on why the project was being done that way. However, the portions of the highway that have been completed are like mere scratching of the surface of the huge neglect and dilapidation the road had become.

Daily Trust Saturday gathered that a Chinese firm – CGC was also involved in the execution of the road project but when our reporter visited the CGC office along the highway, there was no evidence of human activities going on there.

Alhaji Giddado Saddiki is the South-East Zonal Chairman of the Cattle Breeders Association of Nigeria. He is unhappy over the situation of the road which he said has affected their activities adversely over the years. Part of his responsibilities, he said, is to move round the five southeast states to ensure that the cattle breeders or herdsmen in the zone live peacefully with members of their host communities while they (cattle breeders/herdsmen) do their legitimate business without fear of being molested or harassed by any individual or group.

In an interview with Daily Trust Saturday, Alhaji Sadikki said “The bad state of the roads in the zone is affecting us seriously. In a normal situation, from Enugu to Awka is 45 minutes while from Enugu to Umuahia is one hour. When I get calls from my people concerning an emergency, may be where trouble is brewing, before I get there because of the bad roads, the incident would have taken place.”

Sadikki said the Enugu-Onitsha highway has been under construction for more than five years now and asked the authorities to put pressure on the contractors to speed up work on the roads.

On the activities of cattle dealers and others who park vehicles indiscriminately as they transact their businesses, Sadikki said: “People doing business on the highway is very risky. It’s very important to relocate them to a better place to keep them off the road because vehicles could develop brake failure and there may be an accident.”

Chief Adindu Ezeoka, an Ukpo native, told Daily Trust Saturday that “Here in Ukpo, Anambra State, the terrible state of the federal highway has affected our people negatively. We know very well that the problem didn’t start with the Buhari-led administration but if the federal government is serious and sincere in reconstructing the road, it should have mobilized at least three reputable construction firms to do this road.”

Ezeoka said “the contract should be given to at least three vibrant contractors, not just two – RCC and CGC. For some time now, we’ve been seeing only RCC; we don’t know what has happened to CGC as far as this road project is concerned.”

Daily Trust gathered that a crucial meeting was called on Thursday (Nov 21, 2019) by the federal ministry of works in the southeast zone to discuss how to do quick intervention on some black spots on the Enugu-Onitsha highway at least to serve as palliative measure during the Yuletide season when vehicular movements will be heavy on the road.

“The controller of works is sick but we hope that by next week he will be back in office. He delegated another staff to represent him during the crucial meeting. We all know the situation of the roads. And we are doing something about it,” said a staff at the Enugu office.

Daily Trust Saturday gathered that the crucial meeting was in response to the letter written by the southeast governors appealing to the federal ministry of works to do an urgent intervention works, at least, to lessen the sufferings of travelers during the Christmas and New Year season. 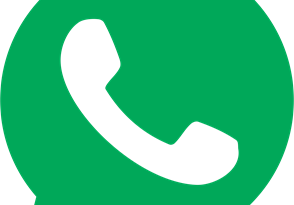 2021 Budget: Debt ratio a concern because revenue is low— Akabueze