The 2019 Korean National day and Cultural Festival was held on Tuesday November 12, in the Federal Capital Territory (FCT) in a colourful celebration that had members of the diplomatic community, heads of organisations and top Nigerian government functionaries in attendance, including the Senate President, Ahmed Ibrahim Lawan.

Over 700 guests gathered at the Congress Hall of the Transcorp Hilton for the carnival-like celebration, as both Korean and Nigerian singers, took their turns to entertain guests at the event.

The event was hosted by the Ambassador of the Republic of Korea to Nigeria, His Excellency Lee In-tae and his wife.

In his welcome address, Lee In-tae said: “Our history has been full of difficulties. In the last century, we were victims of colonialism, and then we suffered from the Korean War.

“Afterwards, many died from hunger and poverty. Yet, we worked hard and grew strong. We became one of the largest economies in the world, and achieved stable democracy.

And now we are trying to achieve peace and prosperity on the Korean Peninsula, and for us to succeed, your strong support for our efforts is necessary.

“Despite the hardships of our history, Korea has become close friends with many countries, especially Nigeria.”

The star of this year’s edition of the event was the legendary Yaemer – an acappella ensemble composed of vocalists and singers from the Seoul Institute of the Arts.

They thrilled the audience with a combined wide variety of genres with an acappella style and created a unique mix of scintillating songs.

The Yaemar group performed Lion King medley, Man in the mirror (by Michael Jackson), Believer (by Imagine dragons), One Candle (by G.O.D), Boy in Luv (by BTS) sandwiched by Bigvic’s Highlife performances.

Afterwards, the Yaemer group and Bigvic jointly performed a popular Nigerian song, One Love (by Onyeka Onwenu) to the cheer of the audience.

After the performances, guests were treated to a buffet of Korean cuisine, as Korean technology by LG and Samsung Electronics were also on display. 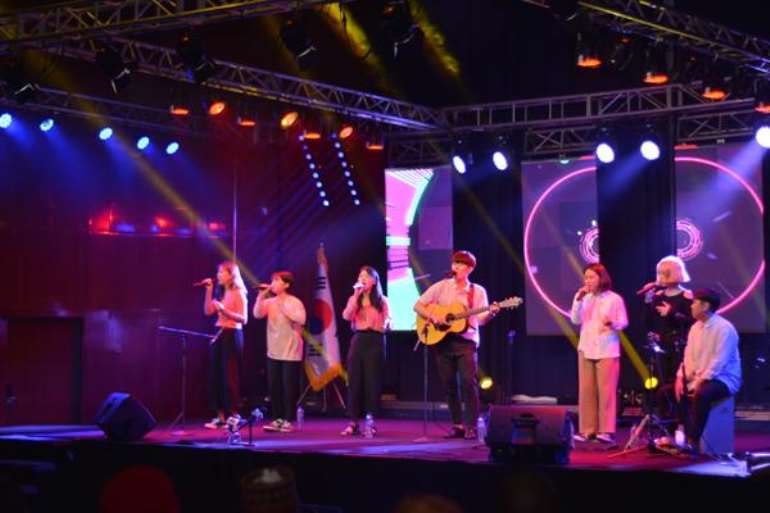 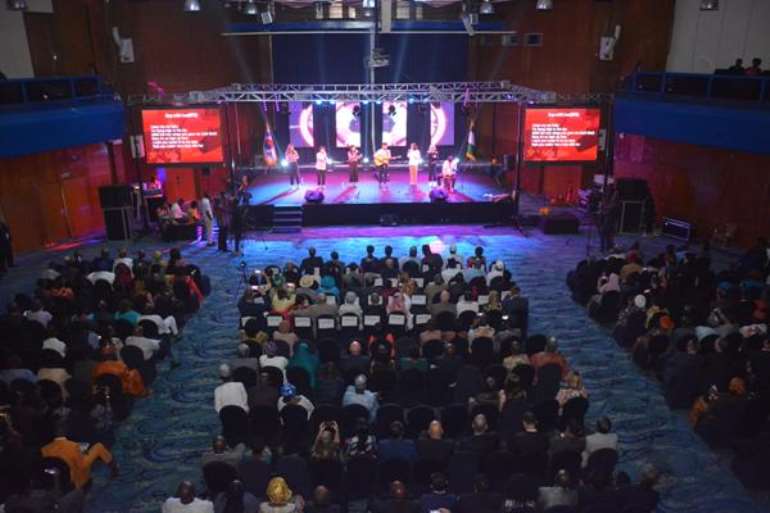 Must Oshiomhole tell us lies at every given opportunity? He told us one man one vote and we ended up being scammed, he said Odubu wants to kill him but today after killing the political career of Odubu they became friends believing it will help in fighting our governor, he told us education was not for the poor but now he is saying every one deserves a quality education, he said Ize-Iyamu is a thief that could not be trusted with public funds reasons he has not given him (Ize-Iyamu) even a board member in his government , he told us Ize-Iyamu was a killer that he poured acid on someone that made him to be rusticated in school for two years, today they are now friends, was he lying or God has washed away the sins the man, he told us he was fighting Lt. Chief Dr. Tony A. Anenih, Igbinedion and some other godfathers now he want to become the new godfather, can’t this man be true for once? ... See MoreSee Less

He talk a lot

This is exactly what is cutting him to size today,,who ever talks too much should go for deliverance because it's a big desease capable of ruining a man.

Everyone is just changing their identity because of political sides. All those posting without proper Facebook ID, are just worse than prostitute 🤔🤔🤔🤔 put yourself face, let people know the side of the fence you are on. Why hiding 🤣🤣🤣

Get lost, you know nothing about politics

It is only fools that will believe in Oshiomole this time. He tell lies every time he want support and any one who tell open lies to always sway people to his side is worst than a murderer. He abused Chief Tony Anenin and Chief Igbenedion openly. Now that he has stolen so much money he believes he can always buy people to believe in his ideaolog. He is already a drowning man looking for those that will go down with him. For those who want to be part of Oshiomole new faithful, safe journey

Talented-flirty-strong..... But the Y na lie

You understand this? 👌 ... See MoreSee Less

😘 am proud to be Esan, we are special will a dailyshous meal. 😘😘