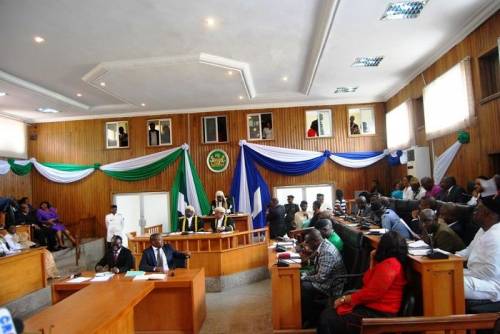 Indigenes of Northern Cross River Senatorial District have urged the state’s House of Assembly not to allow a vacuum in leadership by ensuring the screening of Tanko Ashang as commissioner-nominee.

The residents expressed concerns over the delay in the screening of Ashang, a lawyer, who is among three nominees named by Governor Ben Ayade recently.

According to the people, any further delay in the screening of Ashang and others could leave a huge gap in the leadership structure of the state and thereby affect development across different sectors in Cross River.

Ayade had in a memo dated November 14 to the Speaker of the state’s House of Assembly nominated the three candidates for clearance.

The others are Peter Egba, and Asuquo Ekpenyong from Obubra and Odukpani local government areas respectively.

Protest In Lagos Over ‘Obasanjo’s Plans To Install Interim Government’

Listen to article Following the recent Supreme Court decision which paved the way for the Electoral Commission (E.C) to compile