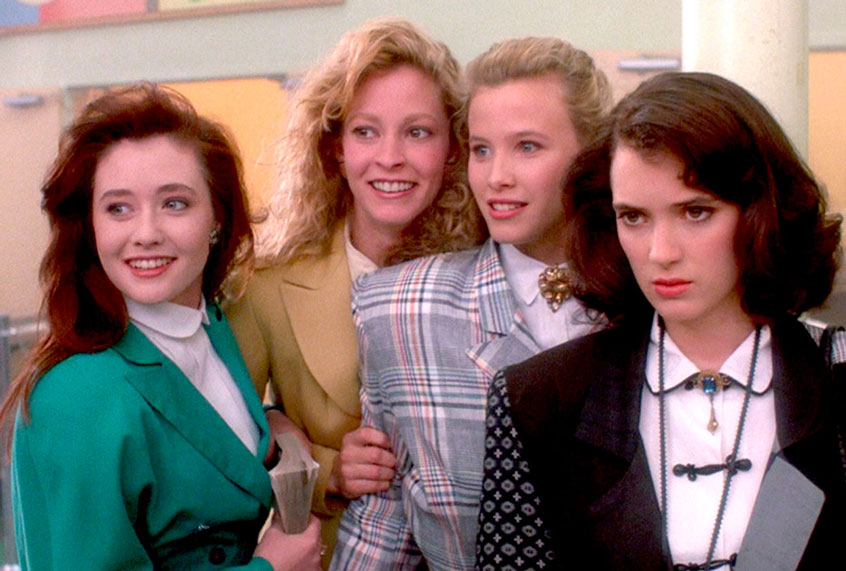 I think it just comes down to this: Who doesn’t want to kill their friends sometimes? All I know is that on a brisk spring evening in 1989, my pal Carolyn and I went to the movies. We based our choice that night entirely on the fact that this movie starred the girl from “Beetlejuice,” and some guy who seemed be doing an inexplicable Jack Nicholson imitation. We have spent the subsequent 30 years of our lives quoting “Heathers” every chance we can get.

Director Michael Lehmann’s brash, candy-colored debut may now rest firmly as an acknowledged classic — a teen comedy, a black comedy, and a quintessentially ’80s-era artifact of big hair and big shoulder pads — but it was anything but a hit in its initial theatrical run. The studio that produced it, New World Pictures, was in its last  gasps as the film was hitting theaters, and its death-centric subject matter was a tough sell for mainstream audiences in the year of “Honey I Shrunk the Kids” and “Look Who’s Talking.”

The movie only found its second life thanks to Blockbuster and cable TV, where a new stream of audience fans — and then generations of them in their wake — could stumble upon its unsettling charms. Actress Lisanne Falk, who played Heather McNamara, has  watched the movie evolve from box office flop to enduring comedy classic. Speaking via phone from here home in the UK recently, she observed, “We all thought we were doing something that was different and that had a different tone and a different message than had existed. What’s surprising is that it actually got what we all had hoped for, but just it took 30 years. It’s like a fine wine. We kept it in storage until it was getting ready to drink.”

Winona Ryder was only 15 when she landed the role of Veronica Sawyer, an adolescent alpha chick with a flair for monocles and forgery. Veronica is a girl whose job, as she perceives it, is being popular. And her Heather-monikered coworkers – distinguishable more by their sartorial palettes than their nomenclature – are a dispiriting pack of mean girls. Things seem to be picking up for Veronica when she meets an intriguing new student named J.D. (a young Christian Slater) . . . but then the students begin dying off. “Dear diary,” Veronica writes, “my teen angst bulls**t has a body count.”

There is a great deal about “Heathers” that does not translate to 2019 sensibilities, evidenced by a story earlier this year in The Wrap by Omar Sanchez titled, “I’m 24 and Just Watched ‘Heathers’ For the First Time – Yikes.” The jokes revolve around murder, suicide, bullying, eating disorders, and homophobia, and the finale hinges on a planned mass murder inside a high school. I’m a parent of teenage girls now myself, and watching the movie today does produce a few yikes moments in me too. But much of the experience is still brilliantly shocking,  thanks to a script that is unparalleled in its inventive, alternative youth world dialogue. “Gag me with a spoon,” for instance, may have been famous ’80s Valley Girl-speak, but “F**k me gently with a chainsaw” was its “Heathers”-world equivalent. The “totally” and “awesome” that were the high school lingua franca of the era became, in Westerberg High, the dry, “How very.”

Yet what I love most about “Heathers” to this day is exactly that writer for The Wrap found so troubling. “Hughes’ movies left you feeling hopeful about the future,” Sanchez wrote, citing the famed oeuvre of the man behind “The Breakfast Club,” “Ferris Bueller’s Day Off” and “Pretty in Pink. “I expected something similar from ‘Heathers.’” As my colleague Melanie McFarland has pointed out when writing on the rose-colored nostalgia of “Stranger Things,” yeah, no. If you were a teenager in the ’80s, you were living through a still thriving cold war, and the beginning of the AIDS crisis in which sex could be a death sentence. You were fed the message that “Greed is good,” until that 1987 Black Monday made you reconsider whether you were really going to be as prosperous as your yuppie boomer predecessors. You were subjected to Huey Lewis and the News a lot. Like, a lot. Would you say that Gen X is defined by its bubbly optimism? Movies like “Heathers” spoke directly to the darkness of a youthful heart in that era, the disgust at the vapidity of so much it all. It elegantly foreshadowed the disaffected ennui my generation would raise to an art form in the ’90s. Veronica Sawyer, OG riot grrl.

The ’80s “was not the idyllic decade that people seem to think now,” the movie’s director, Michael Lehmann recalled to me recently via phone. “We thought Reagan was evil. We thought that all the greed that was celebrated throughout the ’80s was horrible. The feeling that you got from John Hughes movies — which were really fun — was, ‘Let’s just celebrate wild youth.’ There wasn’t a lot of good, dark criticism being done in film in the late ’80s the way there had been throughout the late ’60s and the ’70s. I think people got tired of it and they backed off from it.” Lehmann says that he and screenwriter Daniel Waters “felt a little bit like, enough is enough. The world is not this idyllic place. The structures of society that have developed in the Reagan years are not fair and equitable and great. They are trickle-down. They’re elite-leaning, all that sort of stuff. The idea that somehow that was a kind of an idyllic time, that’s not how it felt in context at that time.”

Author Kevin Smokler, whose “Brat Pack America” chronicles the teen movies that defined the  Reagan  era,  has a similar perspective. “In memory, ‘Heathers’ was as influential and consequential when it came out as ‘The Breakfast Club,’ but it was far from it. . . ‘Heathers’ was a movie that was discovered later, and seemed prescient because of how much that came after looked like and felt like ‘Heathers,’ and that influence has only grown.”

But a time capsule, even a superlative one, can only have so much appeal. I think what really makes “Heathers” so transcendent is that it is a classic — if corpse-strewn — coming-of-age tale. “So many times, people focus on the issues that are contained within the movie. But I just think it’s about being a teenager and the angst that you go through,” Lisanne Falk says. “All that turbulence and the fact that everything feels so new and fresh and exciting and terrifying simultaneously. Veronica was going along and she was being a follower. Then she found her voice and realized, ‘Wait a minute, I have a choice, and I’m not going to let people walk all over me.’” In much the same way “Buffy” would do a decade later, “Heathers” took the hell that is high school and made it literal.

Of course, the hell doesn’t even end the moment you get a diploma in your hand. Director Lehmann still sees plenty of evidence of Heather-ness all around us right now. When I ask him about Ivanka Trump’s qualifications as a Heather, he says, “Well, she’s patrician, she’s arrogant. She thinks she’s better than everyone else. She pretends as if the things that she does are actually good for everybody else. This is the classic trope of wealthy apologism. So she’s a good Heather. Kellyanne Conway is a good Heather. Laura Ingraham’s a good Heather. In my opinion, and this is tainted by my politics, I think these are women who are violating themselves by standing behind a guy like Trump. But it’s interesting, they’re Heathers because they buy into their elite status and embrace it and celebrate it rather than try to compensate for it.”

“Heathers” is currently available to stream for free on Tubi TV. The 30th Anniversary Edition Steelbook Blu-Ray is on sale now. 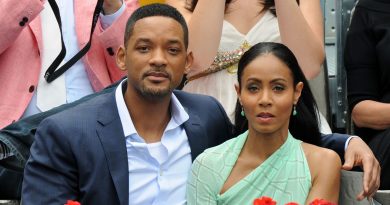