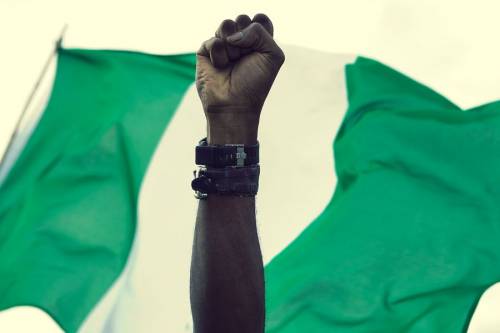 The world does not listen to the good guys.

The good guys are too gentle.

Most good guys do not understand that the “kingdom of God” suffereth violence and that the violent taketh it by force.

You see the bad guys?

They have no time for peace talks.

If there is going to be a peace talk, there must first be violence.

They put violence forward knowing that the majority of the people are preoccupied with basic wants.

They just want to feed.

Have sex, lots of it.

He wants more and knows the role of violence.

Oh yes, they know that power indeed is not given. It is taken.

In his days, Pablo Escobar never waited for the war to come. He took it to where the money was.

From selling Marijuana in the city of Medellin and around Colombia to the neighbouring countries like Mexico, and then to taking it into the United States of America and graduating into becoming the leader of the global cocaine trade.

He took the world by force and became the first Narco-billionaire in the history of the world.

When he ran for office, he continued with his philosophy of peace or war and even killed the Minister of Justice as well as bombed an entire Ministry of Justice in Colombia after they tried to extradite him.

The ideology is christened “Pluto O’plomo”, meaning silver or bullet.

Yahaya Bello must have learnt a lot about Pablo Escobar or has the right men around him to bring the point home.

Elections are not won by niceties. Indeed, politics is war by other means.

You do not need to be told.

Do not fool yourself. This is not the USA.

At best, this is Nigeria mimicking the USA of the 1800s.

His street campaign slogan is in the open and it resonates very clearly with his Ebira people as it is delivered in the same language.+

His version of Pluto O’Plomo is “Eva Wu Enya Ireyi” meaning that “They will hear the sound of our equipment.

“If they say they won’t agree, they will hear the sound of our equipment….tatatatatata.”

In Kogi State yesterday, it rained bullets rhythmically. Even the Nigerian prince of Freestyle, MI Abaga, could not have freely given us such a free reign of “bulleting”.

There is problem in the land.

The educated are timid.

The “uneducated” are courageous.

This life does not belong to the educated.

It belongs to the courageous.

Head or tail, the bad guys have it!

What can you do for power?

What will you do for power?

What you can and will do will depend greatly whether you get power or not.

However, if you are a good guy that won’t give power what is required to get it so you can put it to good use, you have inadvertently given the bad guy the go ahead.

No, it doesn’t belong to the good guys.

It belongs totally to the bad guys and there is nothing you can do about it.

Name The Governor Behind Banditry, Let Nigerians Deal With Him – Yakasai Tells APC 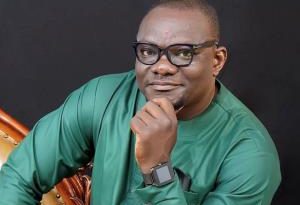