On 24 November, after a nervous wait, Uber will learn whether its licence to operate in London is to be renewed.

The impending decision has revived debate over whether the data-driven basis for its business model and the “gig economy” jobs it creates are fair.

A wave of platforms has followed, offering new ways to buy and sell, to rent from and temporarily hire others.

Rather than salaried employees, independent contractors are paid by consumers for a specific job – a “gig”.

The platforms in the middle argue they do not employ staff but simply connect customers with people seeking to make money.

Research by the Trades Union Congress (TUC) estimates that one in 10 workers in the UK now regularly does “platform work”.

No company is more symbolic of this shift than Uber itself.

As a consequence, it has become a lightning rod for arguments about what gig work really represents.

Does it usher in new, flexible, liberating ways to work, or is it the means for a kind of arms-length control that undermines basic rights?

Abdura Hadi, an Uber driver who has worked on the streets of London for five years, has noticed a change.

He’s noticed that over the period, the number of Uber drivers has rapidly increased, while the number of pick-up jobs has not kept up.

Increased competition has made a particular part of Uber’s platform critical to Mr Hadi and his fellow drivers’ earning power – the software that determines who gets each ride.

However, none of them knows how it works.

“My family depends on the algorithm,” he explains.

“Sometimes it’s scary, but if it was fair, it would be OK.”

At the heart of the controversy around Uber is that the disruption it has brought isn’t just economic, but also legal.

Definitions that were once reasonably clear in the workplace have become muddied.

The question of whether Uber drivers are actually employees is currently making its way through the British courts.

Even one of the most basic facts of any job has become disputed: how much Uber drivers actually earn.

“It’s a fact that drivers are working on less than minimum wage,” claims Mr Hadi.

Yet a recent study co-authored by researchers at Oxford University and Uber, based on administrative data from the company, reported that the median London driver earns about £11 per hour spent logged into the app.

That is just above the London Living Wage.

The study included vehicle operation costs and time spent waiting between rides while logged in.

Ken Jacobs, an academic at University of California, Berkeley, who has studied hidden costs that Uber drivers and other gig workers face, refers to them as the five “major loopholes”.

“They tend to way underestimate the actual expenses a driver incurs,” he said.

Meera Joshi, the former head of the New York Taxi and Limousine Commission, the regulator responsible for services like Uber across the city, says data is key.

“Without data you only have anecdotes,” she told me.

“You have stories from drivers about low wages, but you have no way to really quantify that.”

In perhaps the first move of its kind, Ms Joshi’s commission forced Uber to hand over data about its drivers operating in New York.

“What we found out was that conditions were worse than what was described to us by drivers,” she said.

“Ninety-six per cent of drivers were making less than the city’s minimum wage. Most of the drivers were providing the main source of income for their families.”

After the watchdog implemented minimum-wage protections to cover the 80,000 New York drivers involved, an additional $225m (£172m) per month went “back into the pockets of drivers”, said Ms Joshi.

As a result, the cash flowed into local neighbourhoods rather than back to San Francisco-based Uber.

The Oxford paper also claimed that Uber drivers had higher levels of life satisfaction than other workers, but also higher anxiety levels.

“That’s the paradox of Uber,” commented Duncan McCann, a researcher at the New Economics Foundation.

“It is both a prison and a liberator. You can just switch on the app and start working, but if you have a family to support, it’s obviously less flexible. You need to match peaks of demand: rush hours and weekends.”

And Uber is just the “tip of the iceberg”, he added.

“The majority of gig-economy workers are women, doing care, cleaning.

“Under the water level, you have platforms openly advertising rates beneath minimum wage.”

Uber has taken steps to benefit the drivers ahead of the licensing deadline. For example, last week it added a button to their app to let them report racism or other discriminatory behaviour from passengers, who it promises to kick off its platform if the complaint is upheld.

“Drivers are at the heart of our service – we can’t succeed without them – and thousands of people come into work at Uber every day focused on how to make their experience better, on and off the road,” it said in a statement.

“Whether it’s being able to track your earnings or stronger insurance protections, we’ll continue working to improve the experience for and with drivers.”

But in many ways, the gig economy simply reintroduces very old issues of conditions and rights in the workplace in new ways.

Whatever happens on 24 November, the wider debate will continue for a long time yet. 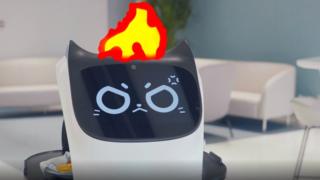 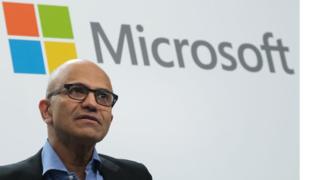 Hair transformations were my pandemic hobby. First, I lifted my waist-length, practically-black locks to a bright vitamin c serum-blonde at