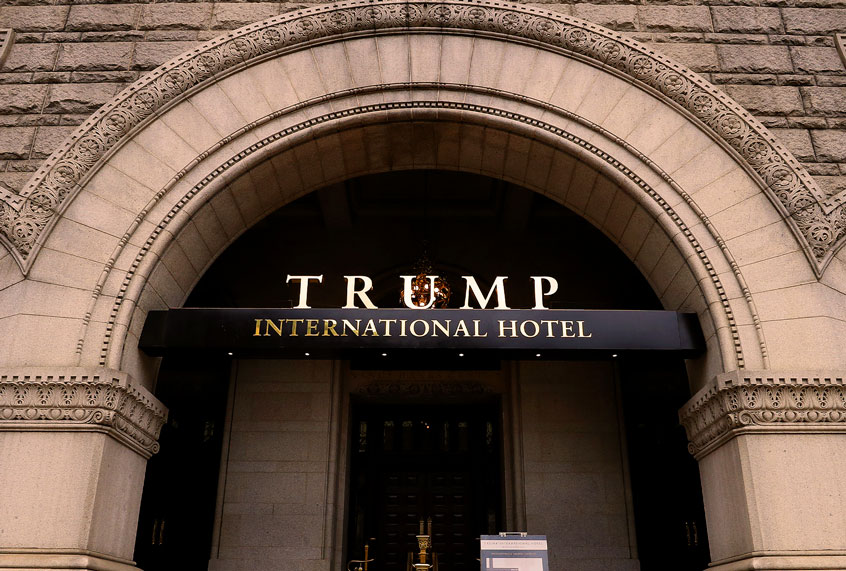 The Trump Organization is trying to sell the Trump International Hotel in Washington by pitching investors on the millions they can make from foreign governments, according to a copy of a sales brochure obtained by CNN.

The Trump Organization last month began exploring a sale of its hotel in the nation’s capital, which has led to multiple lawsuits accusing President Trump of profiting from doing business with foreign governments. “People are objecting to us making so much money on the hotel, and therefore we may be willing to sell,” Eric Trump told The Wall Street Journal, which reported that the company was seeking $500 million to sell the lease to the hotel.

In an investor pitch obtained by CNN, the Trump Organization tells potential buyers that there are millions to be made from foreign government business at the hotel.

“Tremendous upside potential exists for a new owner to fully capitalize on government related business upon rebranding of the asset,” the pitch says, according to the network.

The brochure claims that the Trump Organization has lost more than $9 million because of its refusal to solicit foreign business. The brochure claims the company made “sacrifices,” like turning down more than 17,000 room nights this year, which caused a $5.3 million loss in room bookings, along with another $3.9 million on lost food and beverage sales.

Though it lists the business it claims to have turned away, the Trump Organization does not mention the foreign business it has accepted. Numerous foreign governments have booked space at Trump International, and some have even bought rooms without using them. Foreign officials from Saudi Arabia, Malaysia, Kuwait and Romania have booked space at the hotel in recent years, CNN added. The Trump Organization told CNN that it voluntarily donated more than $340,000 in income from foreign governments to the U.S. Treasury over the last two years.

Trump Organization numbers do not appear to fit well with the huge revenue projection included in the sales pitch. Trump previously reported revenues at the hotel of just over $40 million in each of the last two years, without disclosing whether the hotel actually turned a profit. But the sales pitch projects a 65 percent increase in revenue to $67.7 million, including a $6 million in profits. That’s despite the Trump company’s occupancy projections, which put the D.C. hotel well below other five-star hotels in the area.

The $500 million price tag the Trump Organization is seeking would make it one of the biggest sales of a Washington hotel in history. The company values the hotel at $2 million per room, while the Rosewood Hotel, a luxury five-star property in Georgetown, sold for just $1.3 million per room in 2016.

Though Eric Trump complained of the criticism that his family received for buying the hotel, selling it could create another set of problems. The land the hotel sits on is owned by the U.S. General Services Administration, a federal agency that would have to sign off on any sale. The arrangement also “raises possible conflicts of interest since Trump is effectively on both sides of the transaction as the seller and the boss of the GSA officials charged with approving a deal,” CNN noted.

There is also the trust in which the president put his company upon taking office. Under the terms of the trust Trump created for his businesses, he would not be able to sell to a foreign government or sovereign wealth fund but could sell to a foreign citizen.

Some potential buyers questioned why the president would not wait to leave office before selling the property, CNN reported, while others raised “ethical concerns” that the hotel is overpriced and “being marketed to deep pocketed foreign buyers” who may see a potential purchase as an opportunity to “curry favor” with the president. 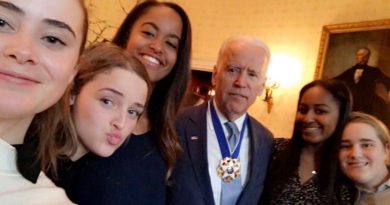 Pfizer CEO to public: just trust us on the COVID booster

Chairman of the Tobinco Group of companies, Nana Amo Tobbin I, on Sunday visited some poor communities in the capital