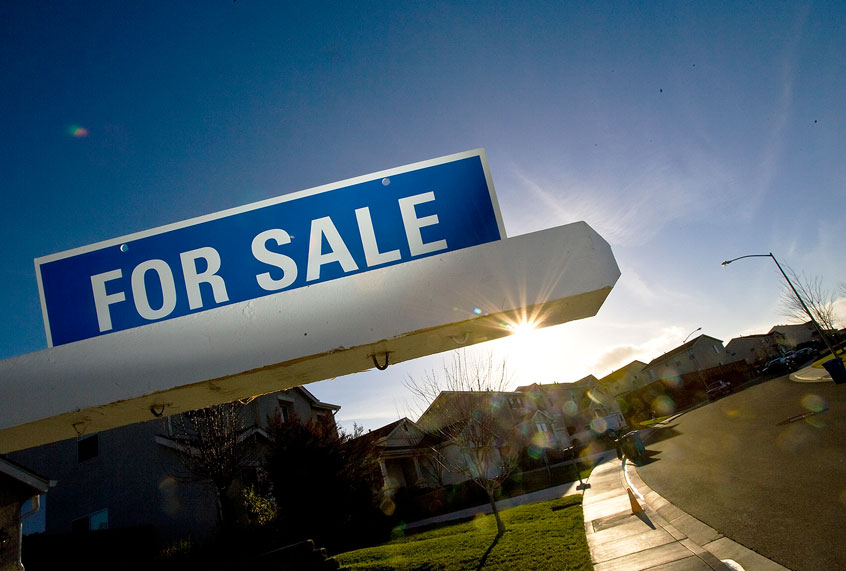 For three decades, the Santa Clara Valley has been subject to one of the highest increases in housing prices in human history, driven by high-salary tech jobs. San Jose was ground zero for the initial housing price spike that precipitated a Bay Area–wide gentrification and housing crisis; in the last twenty years, that housing price infected Oakland and San Francisco, which is now perceived as the epicenter of Silicon Valley rather than its southern neighbor San Jose.

Yet a report from the San Francisco Chronicle published in October reveals a signal shift in Bay Area home prices. More specifically, all around the Bay Area, home prices have risen in some areas, and fallen in others; yet most curiously, some of the biggest dips in median home prices are in Santa Clara County, home to the Bay Area’s biggest city (San Jose) along with the headquarters of Apple, Adobe, and Google. In many of the subregions there, housing prices dropped 10 to 15 percent in a year span. In a housing market where a 3-bedroom single family home is often in the million-dollar-plus range, that means some homes dropped in price more than $100,000. The drop is particularly curious given that the economy is supposedly not experiencing a recession, nor has any locale in the Bay Area nor in the state legislature succeeded in regulating housing in a manner that might drive down prices en masse.

Patrick Kallerman, a Research Director at the Bay Area Council Economic Institute, pointed out to Salon that while the Chronicle’s report may be slightly exaggerated because the estimates are based on Zillow data — rather than median sale price — much of the Bay Area is certainly experiencing a slump home prices.

“We have seen some softening in prices in Mountain View — that 7 percent decrease is real,” Kallerman said. “This is something to keep an eye on.”

What could be causing such a precipitous dip in housing prices, particularly in a supposedly healthy economy? Experts aren’t entirely sure — but there are hints, both economic and cultural, in the pattern of housing dips and increases.

First, about San Francisco: housing-wise, the city by the bay is a mixed bag, with a few neighborhoods seeing increases and others decreases. Both touristy Union Square and the notoriously yuppie neighborhood of Marina/Cow Hollow saw a housing price drop of around 10 percent based on Zillow/Chronicle data — suggesting that the techies aren’t flocking there, or don’t have as much money to burn, or both. Other SF neighborhoods saw very slight increases in home values. But the trends were more interesting across the bay, where much of Berkeley saw an increase, and much of East and West Oakland, sites of rapid, violent gentrification, saw decreases.

So, what could be happening? Do techies have less money than they used to? Is Silicon Valley recessing? Is the economy overall approaching recession? Or is it merely new tax laws taking into effect — as the San Francisco Chronicle postulated?

Some housing market experts believe it is due to prices being unaffordable.

“The home prices in general have definitely continued the slowdown we’ve seen since the beginning of the year,” Sarah Mikaitarin, a Zillow economist, told KRON4 in August. “As home prices grew really quickly over the past several years throughout the economic recovery, they’ve become increasingly unaffordable, and that makes it really hard to afford that down payment — so that’s why we see the slowdown.”

Experts have also speculated the drop could be related to a tumultuous stock market.

“Right now there is so much uncertainty with the stock market and with the economy, that’s frightening some buyers away,” Redfin chief economist Daryl Fairweather told Mercury News. “We are seeing a lot of people refinancing but not a lot of people entering the market, despite the fact that interest rates are low, which usually brings buyers back.”

Moody’s Analytics chief economist Mark Zandi has suggested that  the new $10,000 limit on the federal deduction for state and local taxes could be contributing to the slump, too.

“The tax law effects have knocked the wind out of the Bay Area housing market, which is the poster child,” Zandi said. “House prices over the last year or two since the tax law change have weakened considerably, and have been declining more recently.”

Kallerman said despite slight decline in some areas, that doesn’t mean there is a complete exodus.

Trump hopes George Floyd is “looking down” and admiring May jobs numbers: “It’s a great day for him”

Listen to article “I am most grateful for two things: that I was born in North Korea, and that I