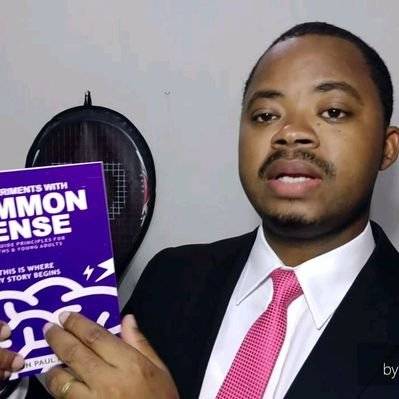 The current generation of Nigerians is obviously progressing in the path threaded by our parents and the generation before us. That path led us to where we are today – i.e., penury, high level of illiterate citizens, religiosity without integrity and humanity, the highest level of corruption, a lawless country, and a teaming population of docile, uneducated youths. Today in Nigeria, we have in power an out-of-touch elitist ruling class always profiting from the commonwealth of Nigeria and its ruin.

Today, I’d like to address the fairly educated Nigerians, who are probably feeling less concerned about the situation of flagrant disobedience of law in Nigeria by the police, DSS, the general abuse of power, plus the cluelessness demonstrated so far by the President Muhammadu Buhari-led administration.

In the ’70 and 80s, when Nigerian Army had just started plummeting out resources, our and grandparents were aware but they did nothing especially because most of them were probably illiterates, they did not have Internet, only a few had television and radio. Majority of them simply had no voice, unlike today. Nearly every one of us have one access or the other to free information through which we are able to express ourselves. Yet, we appear docile like tamed Beagle dogs that cannot bark.

You may have heard about the bill that the Nigerian Senate is about to pass – which is meant to take away your right to be able to complain or oppose any government policy that you disagree with. I have looked through the Internet in the Nigerian space and only very few are talking about it and I cannot but wonder what is happening to us? What is the essence of education if it doesn’t empower us to know and defend our right to freedom of speech and expression in 2019?

This our culture of collective silence is aided by what is meant to bind us together as a people. They include the persistent practice of the religion of intolerance, tribal superiority complex and high level selfishness. Let me explain how the above factors have permuted our humanity into what it is today:

The religion of intolerance: More than 98 per cent of Nigerians belong to one religion or the other, the two main religions have almost collectively destroyed the African traditional religion. The battle for dominance has not stopped. We are taught to see those from other religion and those, who don’t practice any as enemies of God. Our society has been engulfed in a subconscious self-hate. Hence, when someone, who is not a member of your religion becomes a victim of injustice, you automatically look away. I used to behave like that, I had to unlearn such attitude. I don’t care what you think, but one thing is certain, such teachings contribute to the state of restlessness, insecurity, lack of love and complete loss of our humanity.

Tribal superiority complex: Superiority complex implies an attitude of bearing very high opinion of oneself. Psychologist considers this as a behaviour that is used to compensate for a feeling or hide one’s feeling of inferiority. Most of us have allowed our tribal ego to suppress our superego, hence, we only speak when someone from our tribe is being victimised. When it concerns others we look away. We have lost many blessings as a nation just because of our inability to accept and cherish our diversity.

High-level selfishness: Selfish people are manipulative, uncaring, self-centered and scheming. The level of selfishness that most Nigerians possess if scientifically studied, the result would be alarming. I have seen Nigerians both home and abroad take advantage of fellow Nigerians without care or remorse, the current crop of politicians are a direct replica of who we are. That is even more evident in those supporting this oppressive government, they are supporting the Buhari-led government mainly because they are benefiting one way or the other even if majority of the citizens are suffering – they don’t care. I learnt that even the self-acclaimed man of integrity (Buhari) defended and described Abacha as a leader, who was never corrupt but he is spending the returned Abacha loot now.

I am therefore calling the attention of the educated adults and youths to the fact that our collective propensity to be quiet in the face of injustices is the silent bane of the Nigerian society and probably the reason we may never be able to achieve the status of a modern society anytime soon. 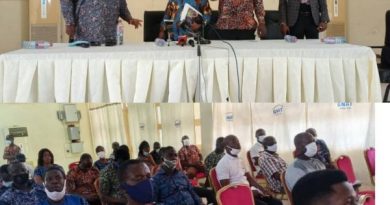 BALLAD Of THE SOUL BROTHER