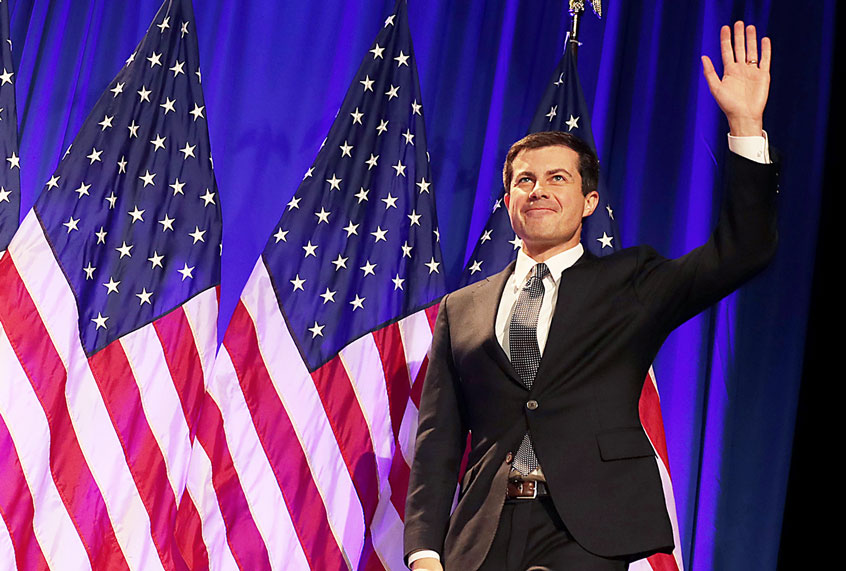 South Bend Mayor Pete Buttigieg commands a narrow first-place lead in Iowa, the state which will hold the first caucus in the 2020 Democratic presidential primary elections, while Sen. Bernie Sanders of Vermont  falls to fourth place, according to a new poll.

The Indiana mayor has the support of 22 percent of likely Iowa Democratic caucus attendees in the latest Monmouth University survey. The results include not only the first choices of likely voters but also who they are “leaning” toward if their initial response was “undecided.”

Former Vice President Joe Biden comes in a close second behind Buttigieg at 19 percent, followed by Sen. Elizabeth Warren of Massachusetts with 18 percent and Sanders with 13 percent. The survey has a maximum margin of error of 4.6 percentage points, meaning that either Buttigieg, Biden or Warren could theoretically be in the lead at this point in the race.

“I would say the data are mixed on who is leading in Iowa. Recent polls have shown something of a four-way race there,” Kyle Kondik, managing editor of Sabato’s Crystal Ball, told Salon by email. “Buttigieg has been spending heavily in the state, and perhaps that’s contributing to his upward trajectory. Given Buttigieg’s overall rise and his combativeness toward Warren, in particular, we might expect some verbal jousting among Warren and Buttigieg at the next debate.”

Kondik added, “If Iowa and New Hampshire produce muddy, inconclusive results, I think that’s good for Biden, because the demographics of those states are not favorable to him, whereas Nevada, and particularly South Carolina, are more diverse. His fear should be a single candidate beating him in both Iowa and New Hampshire decisively.”

If Buttigieg received the Democratic presidential nomination, he would become the second-youngest person ever to receive the party’s endorsement, surpassed only by former Rep. William Jennings Bryan of Nebraska, who was 36 when nominated by the Democrats in 1896. He would also become the first openly gay person to be nominated for the presidency by either major political party.

What I learned about human politics from studying colubus monkeys