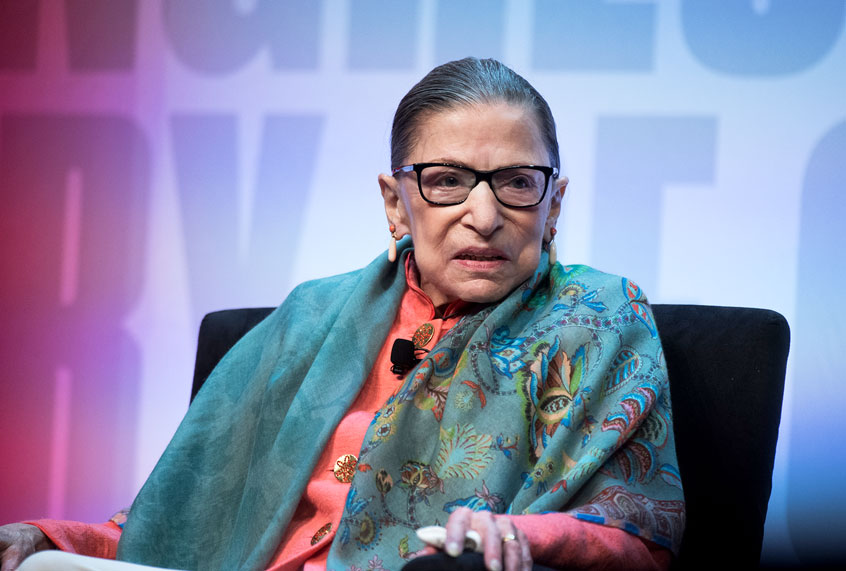 The high court announced that the 86-year-old justice was “home with a stomach bug.”

Though Ginsburg will not have an opportunity to question attorneys during the arguments — Comcast Corporation v. National Association of African American-Owned Media and Ritzen Group, Inc. v. Jackson Masonry, LLC. — she will be involved in deciding the cases.

“Justice Ginsburg is unable to be present today,” Chief Justice John Roberts said from the bench. “She is indisposed due to illness, but she will participate in the consideration and decision of the cases on the basis of the briefs and the transcripts or recordings of the oral arguments.”

Ginsburg, the court’s oldest member and leader of its liberal wing, missed oral arguments in January for the first time since she was confirmed to the court in 1993. The justice, at the time, was recovering from surgery.

Ginsburg’s health has been the subject of widespread public concern and speculation. The liberal justice has suffered a number of health setbacks in recent months, including a fall which resulted in three fractured ribs in November followed by surgery last winter to remove two cancerous nodules from her left lung and treatment over the summer for a cancerous tumor on her pancreas.

She is a two-term cancer survivor. She was diagnosed with colon cancer in 1999 and pancreatic cancer in 2009.

However, Ginsburg made clear in speeches and in an interview earlier this year that her work on the court remains in full swing, saying she has no plans to retire anytime soon. She penned three of the highest court’s 13 decisions last term and has hired clerks for the term extending into 2020.

She appeared strong and cheerful in August while accepting an honorary degree from at the University at Buffalo School of Law, where she spoke about her legacy pursuing the rights of women, her friendship with the late Justice Antonin Scalia and her late-in-life fame as the “Notorious RBG,” a nickname which she has earned from her withering dissents on the court.

“I am now 86 years old, yet people of all ages want to take their picture with me — amazing,” she said in a speech accepting the degree, prompting laughter and applause from the audience.

If she is notorious, Ginsburg continued, “it is because I had the good fortune to be alive and a lawyer” in the ’60s and ’70s. That is when “it became possible to urge before courts, successfully, that equal justice under law required all arms of government to regard women as persons equal in stature to men.”

Trolls have taken over our democracy. Silicon Valley helped

“Arise Ghana Youth for your country, the nation demands your devotion now, more than ever. Our country is sinking and