An employee of Radio Bayelsa identified as Simon Onu, has been shot dead in the Nembe Local Government Area of the state during a rally by the Peoples Democratic Party on Wednesday ahead of the governorship election later this month.

The violence was said to have been caused by thugs loyal to the rival All Progressives Congress led by Gabriel Jonah and one Kodjo Sam, who tried to stop the rally from taking place.

The attackers were alleged to have also opened fire at the protocol bus of the Bayelsa State Government House at a junction between Bassambiri and Ogbolomabiri.

A member of the PDP was said to have died of gunshot injuries while several others were rushed to the hospital after sustaining injuries.

Governor Seriake Dickson, who condemned the violence, urged security agencies to take full control of the situation so that the PDP rally could hold peacefully.

Spokesperson for the police in the state was unable to confirm the development as of the time of this report. 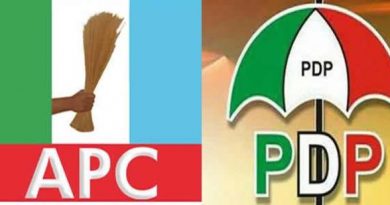 The people of Anlo have petitioned Torgbui Agbesi Awusu II, the Awadada of Anlo to demand and ensure that the