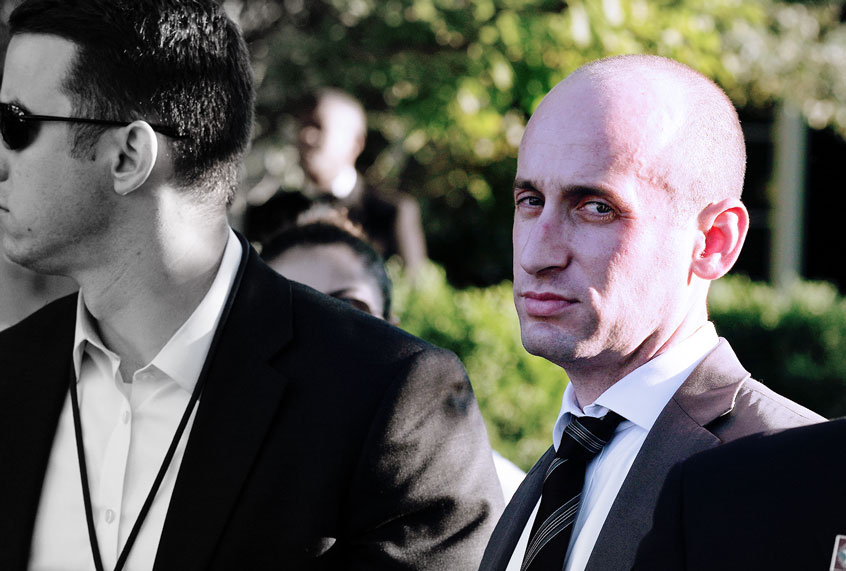 The numbing effect that Donald Trump has on the moral compass of the country was illustrated in one of the ugliest ways possible, on Tuesday, when the Southern Poverty Law Center released a devastating report showing that Stephen Miller — one of Trump’s most trusted and powerful White House advisers — is a straight-up, no-holds-barred white nationalist.

It’s the kind of news that, in a pre-Trump era, would have shocked the nation and brought all other news coverage to a standstill. The president’s principal speechwriter, a man who shapes his policy around immigration and other important issues, has a long history of sending white nationalist and neo-Nazi propaganda to right-wing news sites, successfully getting them to publish articles influenced by such materials. This is a huge story. This should be as big a story as the impeachment story. Yet it’s being met largely with a yawn.

A press release from the SPLC highlighting the leaked emails was sent out at 10 a.m. Eastern time, with evidence that Miller had “shared articles from the white nationalist website VDARE” and promoted “an apocalyptic, violent and intensely racist novel popular among white nationalists and neo-Nazis” with writers at Breitbart News. But by 4 p.m., Salon could find no mention of the story on the front pages of the New York Times, Washington Post, CNN, NBC News or ABC News websites.

This was on the very same day that the Supreme Court heard arguments about Trump’s efforts to repeal DACA, a policy choice clearly rooted in Miller’s belief that “people of color are a danger to our country and should not be allowed in,” to quote SPLC investigative reporter Michael Edison Hayden. Yet it wasn’t considered front-page news that the administration shaping that policy was driven by the views of literal white supremacists.

Looking at people’s reactions on Twitter suggests one reason why: People don’t think this news is a surprise.

“BREAKING: Stephen Miller is Stephen Miller and may have been for at least several years,” Ken White, the popular political commentator, tweeted, letting everyone know how over this he is.

“Leaked emails show Stephen Miller is as racist as you think he is,” the HuffPost Twitter account declared.

And so on and so forth. Anyone with a substantial follower count who posted the report was met with a mentions feed of mostly white people crawling over each other to declare that this is “old news” and “not surprising.”

Well, I for one am not having it. As author Saeed Jones said:

This isn’t just a matter of principle. This is personal for me, because Fox News host Tucker Carlson literally tried to gaslight me over the issue of whether or not Miller is, in fact, a white nationalist. Worse yet, Carlson tried to bamboozle me into tricking his audience into denying this reality.

You see, Miller isn’t just Trump’s main influencer on immigration policy. He’s also his main and possibly only speechwriter. He almost certainly wrote Trump’s 2017 speech in Warsaw, in which the president declared that Western civilization was under threat “from the South or the East” from forces that “threaten over time to undermine these values and to erase the bonds of culture, faith and tradition that make us who we are.”

In that same speech, Trump also hinted that white people are inherently superior, at least intellectually, to people of color, by declaring “The world has never known anything like our community of nations. … We write symphonies. We pursue innovation. We celebrate our ancient heroes,” and so on, with the clear implication that other nations do not do those things, or not to the same extent.

I responded to the speech in an article for Salon, calling it white nationalism and noting that racists all over the net were beside themselves with joy, and calling out pundits who claimed it was “ridiculous” to perceive white nationalist ideas in the speech. At which point, I became an object of mockery for right-wing figureheads like Rush Limbaugh, who were using me to deny that the obvious overtones of white nationalism in Trump’s speech — which Miller almost certainly wrote — were, in fact, indications of white nationalist views.

Carlson’s producer at Fox News reached out to me and asked if I’d like to come onto his show to discuss it. I declined, because I am not an idiot. Carlson ran with the segment anyway, and it was exactly what you’d expect: A lengthy dispersion of gaslight denying that the obvious white nationalism of Trump’s speech was white nationalism.

There have been multiple other targets of this gaslighting campaign. In April, Rep. Ilhan Omar, D-Minn., called Miller a “white nationalist” and there was a multi-day media blitz of right-wing outrage and how-dare-she coverage. But it turns out that Omar was right — and was abused horribly for it.

So, internet cynics, while you declare that “everyone already knows” that Miller shares views with neo-Nazis and has been doggedly trying to mainstream them, I can safely say that the right-wing media apparatus has put a whole lot of effort into denying and concealing what “everyone already knows.” As someone who has been personally targeted by this gaslighting campaign, I kindly invite all of you to kiss my ass.

Like Jones said, getting this stuff documented matters. It matters because there is a concentrated effort to hide who Miller actually is. It matters because Miller and his allies, inside and outside the Trump administration, know that despite what “everyone already knows,” a documented history of trying to spread white supremacist propaganda is not a good look.

Let’s stop with what one clever tweeter called “secondhand nihilism” and instead try to find our morality and care for our country again. Start by reading the SPLC report instead of dismissing it out of hand. Then share it with other people, who may not actually know what “everyone”  knows. Then read the rest of the report when the SPLC releases it. Because we can’t fight white nationalism with shrugs and clever tweets, people. We have to do better than that. 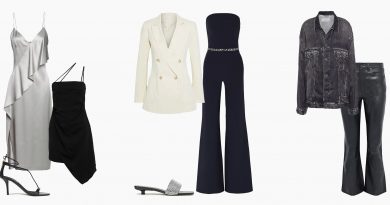 The Outnet’s Sale is Packed with Picks From Acne Studios, Missoni, and More

Republicans who tried to overturn election vote against medals for Capitol, D.C. police 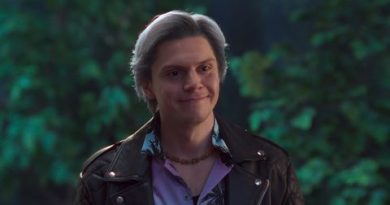