Seyi Makinde, the Governor of Oyo State, has reacted to the judgment of the court of appeal on the lawfulness of his votes.

The court had said in its ruling on the appeal filed by Adebayo Adelabu, the candidate of the All Progressives Congress (APC) at the 2019 governorship election, that Makinde did not get all his votes lawfully.

Reacting to this, Makinde said: “It is premature for anyone to wish that a landslide victory can just be upturned. Although they may wish that such happens, it won’t ever happen. The mandate was freely given to him by the good people of Oyo State.”

Although the election petitions tribunal had struck out the petition of Adelabu challenging the victory of Makinde at the poll, the new ruling of the court of appeal sided with the opposition.

Makinde called for calm, saying, “There is really nothing to worry about because all they, the opposition, are planning is already in the public… the judiciary is credible and won’t allow itself to be used against the will of the Oyo State.

“I urge you all to go about your normal business, we won’t be distracted in our quest to make Oyo State, a model state where good governance and leadership will be the order of the day,” Makinde said. 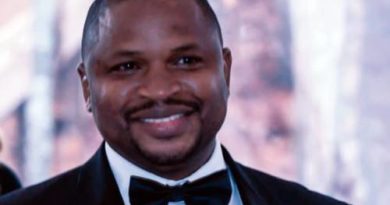 Sowore: The Disrupter Of Nigeria’s Political Landscape By Farooq Kperogi

The Chief of Gbankoni in the Bunkpurigu District of the North East Region, Nasimong Laar Haruna II has praised Vice

CPD Holds Training For All Health Professionals In Ghana