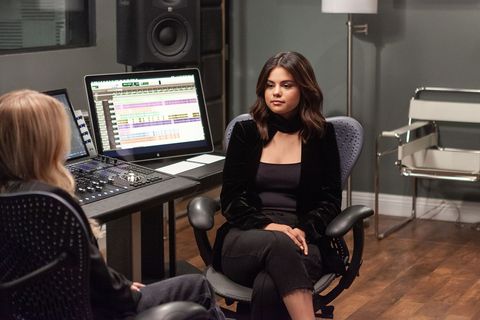 Courtesy of Giving Back Generation

Selena Gomez appeared on the first episode of her close friend Raquelle Stevens’ Giving Back Generation “vodcast” (video podcast), where she spoke with Stevens and their friends Ashley Cook, and Courtney Lopez about the power of friendship. Gomez is also the interview subject of Stevens’ final episode, which premiered today. Gomez gave a very candid interview to Stevens, touching on how she felt about being a role model as a kid, her relationship with social media now, and overcoming her stuggles. She also issued a big call to action to everyone watching: “Be kind every moment that you can,” she said. “When I wake up—you taught me this,” she said to Stevens—”I am immediately grateful that I woke up.”

Stevens told ELLE.com ahead of today’s broadcast that doing this series—and interviewing people like Gomez, Nina Dobrev, and Sofia Carson—changed the way she thinks about “giving back”—that is, what you do in your everyday life to help others.

“The series taught me that giving back is the only way to live a life of meaning and happiness,” Stevens said. “I interviewed guests from all different walks of life and the theme remained the same through each conversation. No matter where they came from, or how much they achieved, there came a point where they knew they had a responsibility to give back. I believe we live in a culture that cares about living a life of meaning and what I have learned is that giving is the only way to achieve that. The series changed me as I was deeply impacted by the level of vulnerability each guest was willing to share, with the hopes that they would help inspire all who watch the series to give back in their own life.”

Read on for highlights from Stevens’ poignant interview with Gomez, then watch the full episode here on TaTaTu.

Selena Gomez and Raquelle Stevens have been best friends for years.

Courtesy of Giving Back Generation

On her relationship with social media and how comments about her weight affected her:

Selena Gomez: I want people to have a good relationship with social media. It’s not going anywhere anytime soon. But knowing that real world’s in front of you and trying to pay attention to that is healthy. When I make an effort to post on social media or do what I’m doing, it’s important for me to make sure it’s 100 percent authentic and once I post it, I post it. That’s it.

…I see so many beautiful girls and amazing different characters and then they’re just demolished by an image that they’re trying to chase. Their wanting to be a completely different person but that’s not what’s inside of them, you know? But I get it. I look at other people’s pages—or I used to—and I’m like, okay, I need to fix myself.

I really noticed when people started attacking me for that [my body]. In reality, that’s my truth. I fluctuate.

Stevens pointed out that “they can look good and you can look good accepting yourself the way that you are.” Gomez opened up about her own experience with body shaming:

I experienced that with my weight fluctuation for the first time. I have lupus and deal with kidney issues and high blood pressure so I deal with a lot of health issues and for me that’s when I really started noticing more of the body image stuff. No, [the lupus doesn’t affect my weight]; it’s the combination of all of it. It’s the medication I have to take for the rest of my life—it depends on even the month, to be honest. So for me, I really noticed when people started attacking me for that. In reality, that’s just my truth. I fluctuate. It depends what’s happening in my life. Right [it’s totally out of my control], and that got to me big time. I think for me, that really messed me up for a bit.

I’m very happy with living my life. We were talking about it earlier, being in the present because that’s it. Similar to me posting a photo then walking away, for me that’s it. I’ll do a red carpet, I’ll do whatever, I don’t need to see it. I did it. I participated. I felt wonderful and that’s where the extent of it is. I don’t care to expose myself to everyone and hear what they have to say about it.

On privately pushing through hard moments:

Definitely my faith for sure. But it’s also the people I surround myself with. So I feel those are two very important parts. What I would say to someone [going through pain] is first they want to be seen and they want to be heard. So I listened, and it’s not like I have the answer or a special gift I can give them. It’s more that we could have a conversation about the same thing, from anxiety to depression to trauma, love, heartbreak. It became a part of my identity and why I connected with people. I’m a big advocate for therapy of course, but it’s also just about what you’re listening to and what you’re watching. It’s very important to be mindful of that. I just have these real moments. Even if just for a moment, if I can touch their face and tell them how wonderful they are and that I’ve experienced their pain, I see their pain, I’m right there with them and then you have a moment with them. But then that makes me continue to live my platform that way, those moments.

I don’t believe that I can do this life alone. I know that we’re not perfect.

My faith for sure [helps me when I’m feeling depressed or anxious]. It’s probably your fault that I’m crying. Yes, I think once I started to really understand my spirituality, and believing in something much bigger than myself was very important for me. Because I don’t believe that I can do this life alone. I know that we’re not perfect. I know that what I read in the Word that I live in is all kinds of stories of pain and trials and redemption and restoration, so I believe that so much, but it’s my friends too. You guys help me through a lot of it and you walk through most of it with me.

I want to find a more eloquent way to say treat other people the way you wish you were treated, to not be afraid of being vulnerable because we talk about this often as well—being vulnerable is a strength, not a weakness. For me, the biggest lesson too is how to learn [with] the people that have hurt me the most, to forgive them, to continue to understand and have compassion for people.

I feel personally that I went through all of it and will continue to go through hardships in my life for the sake of connection.

On finding meaning in the hardship she has gone through:

There’s a part of me that has had to have a dialogue with myself that a lot of things have happened to me, but I feel personally that I went through all of it and will continue to go through hardships in my life for the sake of connection. I love my job. I work as hard as I can. I’m always on time. I appreciate what I do but the reason I get out of situations is because it’s meant for other people…it’s important to try to have that dialogue in my head. Sometimes it’s like why is this happening to me? Pleeeease!

On letting go of her Disney image and becoming comfortable with being more vulnerable publicly:

Once I broke those walls down, because I think being a part of Disney—which, by the way, was one of the best experiences of my life—you do portray an image, and you are required in a way to have that image and to be a role model or whatever you call it, but the moment I started breaking those walls down, I felt very exposed, so I was very hesitant to share with people. So I would sit down, I’d give the politically correct answers, I would talk about things that I was working on, things that maybe people wanted to hear, and the moment I started realizing that feeling of letting go of maybe judgement or being that exposed to people, I think I realized it was a gift. I was scared of it. I didn’t want people to know, but the life that I was given, I believe that I had to share it. 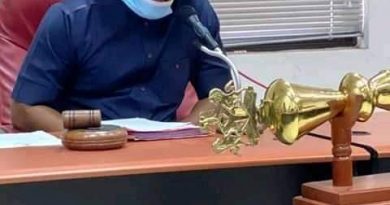 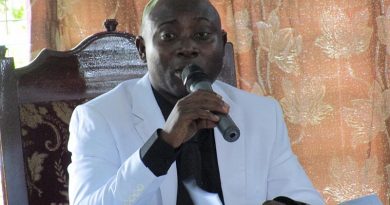