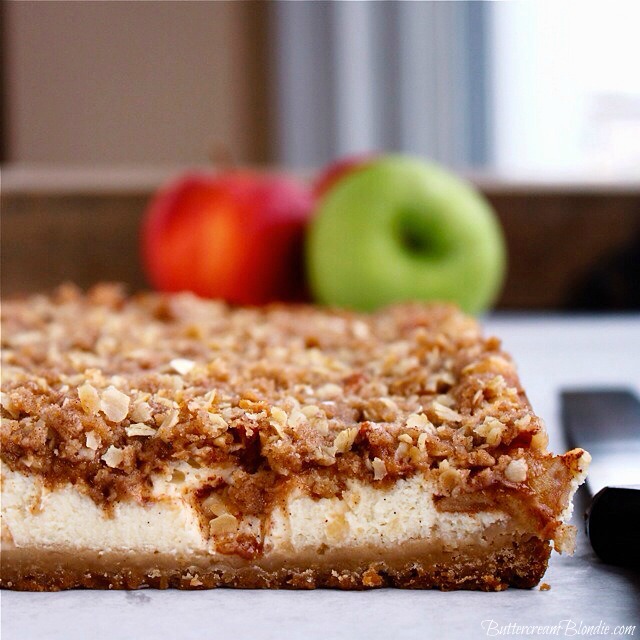 When it comes to fall treats, one fruit’s name rarely shares title billing on the marquee. If you guessed pumpkin, you guessed right.

If pastry chef Meghan McGarry had her way, apples would return to the spotlight.

“The quintessential fall dessert is the apple crisp, because it is so cozy and so inviting,” McGarry told Salon in a recent interview. “It’s the one desert that everyone loves.”

For a new spin on the timeless classic, McGarry in recent years developed apple crisp cheesecake bars, which remain a perennial favorite of her Buttercream Blondie brand. Giving the dessert a makeover as a finger food allows hosts to not only avoid spoons but also a mess, making cleanup a breeze.

A brown sugar shortbread provides the foundation of these bars. Next comes a fluffy cheesecake spiked with whiskey for an extra punch of fall comfort. For the fruit layer that follows, McGarry prefers to use Granny Smith apples, because their tartness creates a perfect contrast to the sweetness of the cheesecake and the warmth of the spices. Mouth-watering on their own, each layer is tucked under a blanket of crisp topping.

“It’s a hand-held boozy treat,” McGarry says. “I don’t know about you, but that sounds like a dream come true.”

Made in a 13″ x 9″ pan, this treat transports easily to Thanksgiving or any fall potluck on your calendar. After you cut it up into equal portions, everyone can help themselves to a treat they’ll request over and over again. So follow McGarry’s lead and keep some crisp topping frozen in your freezer all season long.

“I always keep crisp topping in the freezer around the holidays,” the pastry chef says. “Whether you have last-minute company or you need a warm pick-me up from the dropping temperatures, a crisp is a quick and easy dessert to prepare. But it bakes best when the butter is ice cold. Keep some frozen, and you’re halfway to your goal.”

3. In the bowl of an electric mixer, cream butter and sugar until light and fluffy.

5. Mix in flour and salt, mixing just until combined.

6. Press dough into the prepared pan and bake for 20 minutes, rotating once halfway through.

7. Remove from the oven and set aside to cool. Raise oven temperature up to 350 degrees.

From hood films to a “The Banker,” Nia Long wants to change the narrative for black dreams 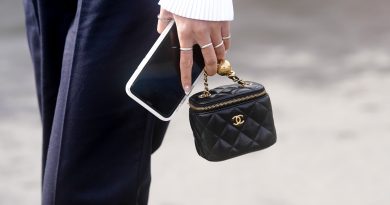