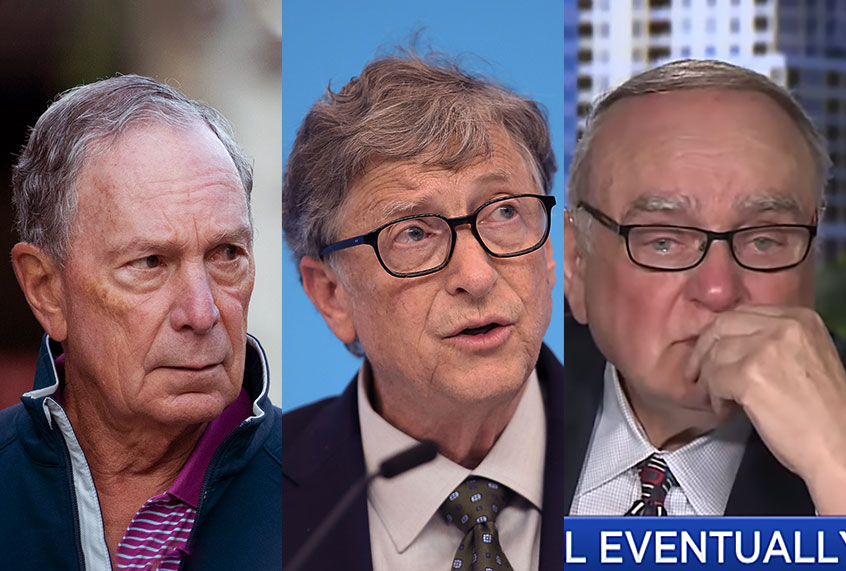 There are many things that being a billionaire can buy you: Mansions, yachts, famous works of art, servants, secure spots at Ivy League schools for your kids, board seats on prestigious foundations. But perhaps the most important thing that being a billionaire buys you is the opportunity to live in a world where everyone around you is kissing your ass. People will fawn over you like you’re the smartest person in the world, especially if they want some of your money. Politicians, activists and especially fundraisers eagerly agree with every word that falls out of your mouth like it’s the truest pearl of wisdom. Even the most self-aware among us, if we were living such a life, would start to think our farts smelled like roses and that any criticism, no matter how mild, was a serious oppression no human being should endure.

That’s my theory, anyway, about the very long and public tantrum we’re getting from our billionaire class in the face of a Democratic primary where two of the top candidates are daring to suggest that perhaps billionaires are not, in fact, a billion times greater than everyone else and should be taxed at rates that reflect the fact that they are not untouchable gods who have deigned to walk among us (or at least look at us through limousine windows).

On Thursday, billionaire and former New York mayor Michael Bloomberg declared his intention to run in the Democratic primary. He’s made noises about this before, mostly in an effort to scare the more progressive candidates into toning down their rhetoric, so it’s worth retaining a healthy skepticism until he actually makes it official. But it also speaks to the outsized ego that being too rich to have anyone telling you no can develop that Bloomberg would think he can just stroll into a race that everyone else has been running for nearly a year now and take first prize.

But mostly, Bloomberg’s behavior is part of a larger pattern of billionaires getting fussy in public over the Democratic primary, a fussiness which has been intensifying as Sen. Elizabeth Warren of Massachusetts, who has been campaigning heavily on taxing the wealthy and restricting money’s influence on politics, appears to be gaining momentum going into the actual voting portion of the primary season, which starts with February’s Iowa caucus.

“We need a unifier in that position because the country is being torn apart,” Cooperman said, getting choked up over the tragedy of a candidate who sometimes suggests that extremely wealthy people might owe something to the country that has done so much for them.

The problem, of course, is that the number of people who are in Cooperman’s wealth bracket is tiny. Warren estimates that Cooperman is the top 0.0002% of Americans, wealth-wise. It would be more divisive, population-wise, to start singling out people whose hobby is collecting belly button lint, though there’s no reason for it as that hobby is mostly harmless while hoarding massive amounts of wealth is not.

All this follows Facebook CEO Mark Zuckerberg grabbing headlines last month, when audio was released of him going on a major victim trip in the face of Warren’s candidacy, saying, “if someone’s going to try to threaten something that existential, you go to the mat and you fight.”

Zuckerberg was complaining about Warren’s proposal to break up the tech companies with anti-trust actions, something she probably wouldn’t even need Congress to do if she were president. But it contributed to this larger narrative of billionaires panicking in the face of Warren’s rise, because she is perceived as somehow a threat to their massive wealth and power.

Because of all this, it’s probably no surprise that Bill Gates — who has gotten an atypical amount of attention lately due to his regrettable relationship with sexual predator Jeffrey Epstein — got flamed far and wide for making an unfunny joke about Warren’s proposed wealth tax this week.

The answer is $8 billion, which is 80,000 times the net worth of the average American household.

To be quite clear, Gates was joking when he said this. Gates is one of the few billionaires who is pretty liberal and believes in raising taxes on the rich like himself. And he seemed to be talking about Warren — or any Democrat, really — when he said, “I hope the more professional candidate is an electable candidate.”

Still, the comments created a real opportunity for progressives to highlight yet again how much money these billionaires actually have. Warren’s campaign responded put up a “Calculator for the Billionaires” that estimates Gates would pay a little over $6 billion in taxes, which is nothing compared to his massive wealth.

Gates may have meant well, but the fact that he was even being asked about Warren and the wealth tax highlighted the larger problem, which is that the feelings and desires of billionaires are centered in our politics in a way that is not justified by their actual importance or numbers. And the very idea that this might start being slightly less true than it used to be is causing a whole bunch of super-rich people to flip out. It would explain why Bloomberg is running and why Cooperman is crying on TV.

The focus that the whiny billionaires have on Warren is noteworthy because she is hardly the only candidate in the race who wants to raise taxes on the ultra-rich. Sanders is neck-in-neck with Warren in many polls and has the same willingness to tell the ultra-rich they need to pay higher taxes, but he doesn’t seem to be attracting the same levels of negativity.

Part of that is no doubt the perception that Warren has the wind at her back and can really win this thing. But I suspect gender plays a big role, too. However hurt men with fragile egos are by male criticism, the words of women tend to cut more deeply. Women are still expected to be flatterers and soothers, and so a woman who bucks that role to offer robust criticism gets a lot more notice — and anger — from delicate men.

This matters, because this isn’t about money — not really. As Paul Krugman pointed out earlier this week in the New York Times, the Wall Street class attacked Barack Obama, who handled them gently despite the fact that many of them played a direct role in destroying the economy in 2008. Instead, he argues, this is because billionaires “seem to be snowflakes, emotionally unable to handle criticism”.

Which, again, makes sense. Money buys clothes and houses, but mostly it buys you an audience of ass-kissers wherever you go. Criticism then must truly feel like a shock to the system.

The pity party for the rich got particularly out of hand when former Vice President Joe Biden, who is leading in the polls and is still Warren’s main competition, accused Warren of “elitism” for running on a platform of much more aggressive taxation than the one he proposes.

It’s a perplexing message, as it seems frankly anti-elite to restructure the tax code to redistribute more money away from the rich and towards working people. But it makes sense in the context of Biden’s campaign strategy, which has been focused mainly on raising money from rich donors. Biden clearly feels his target audience of millionaires and billionaires wants to hear how they’re the ones being oppressed by “elites”.

For her part, Warren is clearly delighted by the negative attention from billionaires, sending out a fundraising email mocking billionaires for “literally shedding tears” at the idea they may “no longer have a government that caters to their every need.”

Her glee makes sense. Raising taxes on the rich is extremely popular, not just with Democrats and independents, but even with Republican voters. Maybe there was a time when most Americans, as per that (apocryphal?) John Steinbeck quote, thought of themselves as “temporarily embarrassed millionaires,” but that time seems to have passed.

More importantly, Americans really don’t like how the rich in this country feel entitled to buy up our democracy. And that’s what this fight is really about: Billionaires who cannot believe that anyone could win who doesn’t kiss their rings first. But the outsized impact of money on American politics is what is ruining this country, and the public — especially Democratic voters — know it. Which Bloomberg is certain to discover if he’s foolish enough to make good on his threat to run this time. 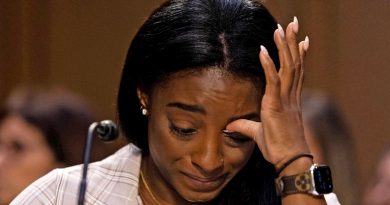 Following the gruesome murder of the University of Ghana Law Lecturer, Professor Yaw Benneh, the police have rounded up some

Meet Rice Water, The Ancient Beauty Practice You’ve Been Seeing All Over TikTok