The Kenyan shilling could strengthen in the coming week, supported by dollar inflows from investors abroad buying bank shares on the stock market, after the government removed a cap on commercial lending rates, traders said.

“We are having a good source of dollars mostly from the banking stocks on the stock exchange,” said a senior trader from one commercial bank.

The kwacha is expected to remain under pressure against the U.S. dollar next week as hard currency supply diminishes against higher demand from the retail sector.

On Thursday, commercial banks quoted the currency of Africa’s second-largest copper producer at 13.4700 per dollar, down from 13.2850 a week ago.

The Ugandan shilling is likely to strengthen, helped by remittances from Ugandans working abroad and inflows from non-governmental organisations.

“We are entering that time of the year when we tend to see higher flows from diaspora people who are usually sending money to their relatives for December festivities,” said a trader at a leading commercial bank.

Non-governmental organisations are also expected to convert higher volumes of their hard currency holdings around November and early December to settle their books for the year.

The Tanzanian Shilling is expected to gain ground next week due to potentially higher dollar inflows from cashew nut exports.

“The Shilling will definitely gain ground because the pressure that was highly driven by oil importers and manufacturers has ended,” said a senior currency trader at a commercial bank. (Reporting by John Ndiso, Chris Mfula, Elias Biryabarema and Nuzulack Dausen Compiled by Duncan Miriri Editing by Gareth Jones) 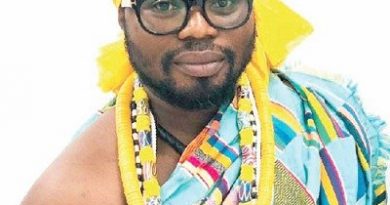 President Akufo-Addo has appointed the immediate past Chairman of the Church of Pentecost, Apostle Prof. Opoku Onyinah as Chairman of