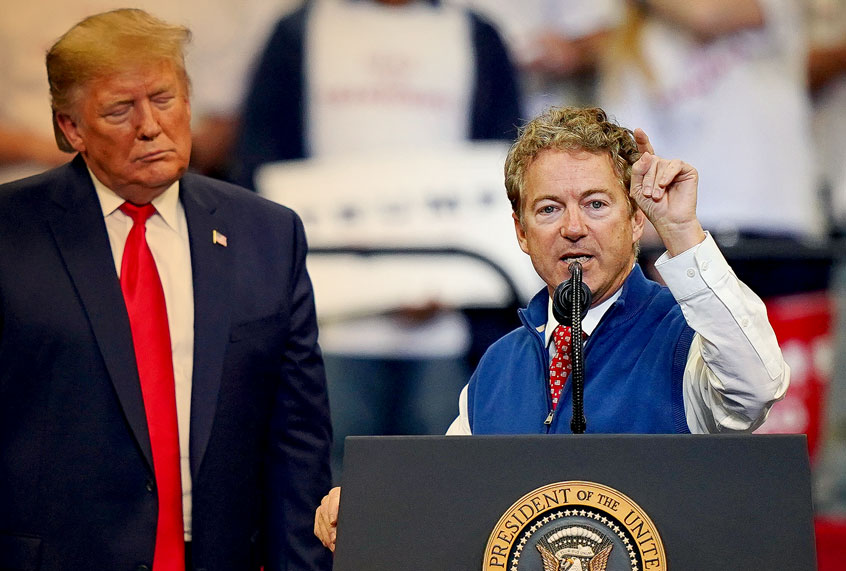 Sen. Rand Paul, R-Ky., claimed that Republicans have learned the name of the Ukraine whistleblower at a Trump rally in Kentucky on Monday — and demanded that the media print the name.

Paul, who vowed he would be a champion of privacy rights in the Senate, called for media outlets to out the CIA officer who reported President Donald Trump’s July 25 phone call with Ukrainian President Volodymyr Zelensky and the alleged attempt to cover it up. Paul cited an unconfirmed report naming the purported whistleblower, which he shared to his 2.6 million Twitter followers last week, to claim that the whistleblower had worked for former Vice President Joe Biden.

“We also now know the name of the whistleblower. The whistleblower needs to come forward as a material witness, because he worked for Joe Biden at the same time Hunter Biden was getting money from corrupt oligarchs,” Paul said. “I say tonight to the media: Do your job, and print his name.”

“If ‘Shifty Schiff’ will not let Hunter Biden come, and if he will not bring the whistleblower forward, every Republican in Congress should take a walk and say this is a farce,” Paul later added.

There is no evidence that Hunter Biden or the whistleblower did anything improper. The director of national security, the intelligence community’s inspector general and the top lawyer at the CIA — all of whom are Trump appointees — reviewed the whistleblower’s complaint, found it to be “credible,” and referred it to the Justice Department of Justice for possible criminal prosecution. While the Justice Department declined to pursue the investigation, multiple Trump administration officials have since alleged to impeachment investigators that Trump tried to extort Ukraine into launching investigations into Biden and the 2016 election by withholding military aid and a long-sought meeting with Zelensky.

Mark Zaid, the whistleblower’s attorney, condemned Paul’s comments in a statement to the Washington Post.

“A member of Congress who calls for the identity of any lawful whistleblower to be publicly revealed against their wishes disgraces the office they hold and betrays the interests of the Constitution and the American people,” Zaid said Monday.

“I actually have multiple confirmations of who the whistleblower is, but you know what?” Hannity asked. I’ll play the game for a little bit, and I’ll take the lawyers’ threats that they’re going to sue me.”

The name circulating among conservative circles was that of a 33-year-old CIA analyst who previously worked on the National Security Council on Ukraine issues when Biden was former President Barack Obama’s point man on Ukraine. A report naming the analyst was shared by Paul and numerous conservatives.

National security attorney Bradley Moss slammed the attempts to out the whistleblower.

During his Trump rally speech, Paul also claimed that Hunter Biden was guilty of “corruption,” because he allegedly only earned a position at a Ukrainian energy firm “because of his family connections.” Paul, the son of a former Republican congressman and presidential candidate, made the comment while standing alongside Trump, the real estate developer son of a real estate developer.

And Paul’s father may take issue with his son’s demand to unmask the whistleblower.

“Whistleblowers are heroic,” former Rep. Ron Paul, R-Texas, wrote in a 2017 USA Today op-ed. “These individuals risk it all, not for their own wealth and glory, but to inform us of what is being done to us and in our name. Their releases are both heroic and pro-American.”

“Whistle-blowers are the truth-seekers, and we must demand the truth. Who does not want to know the truth?” he added. “Sadly, in an empire of lies, the truth has become treason.” 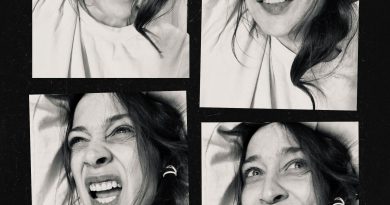 Trump’s claim he couldn’t vote in person debunked: He drove by poll site six times but voted by mail

The Chief Executive Officer of the Ghana Cocoa Board (COCOBOD), Joseph Boahene Aidoo, is advocating the regular consumption of Ghana’s