We want the State Government under the able leadership of His Excellency Governor Godwin Obaseki to see Uromi/Uzea as key supporter of his administration. For the first time, our people ensured we delivered to him the two State House of Assembly seats in the Local Government. We are again letting the Governor know that Esan North East is his strongest fan base on this fight to securing the mandate for a second term.

However, we are the only Local Government that has suffered enormous marginalization in the form of development by the immediate past government. We are therefore hoping that your time will come very hardy in addressing some of the challenges our local government is currently facing. The General Hospital, Uromi, an hospital that equals almost in size with the Central Hospital, Benin, has been in a state of coma itself for many years now. All efforts to get the relevant authorities and previous government to come to our rescue proved abortive and our people are now left to apply self help by paying huge amount of money which is mostly sourced from relatives or borrowed to get medical services in private hospitals. I believe with the new Edo Social Health Insurance Scheme that was recently launched, our people will now be better for it.

The road linking the General hospital to the main road is also something we can’t talk about, considering we have been calling for help to reconstruct that part of the many roads that are bad in Uromi. We are hoping the Local Government Council can be empowered to commence rapid rehabilitation of some of the critical portions of our roads that are no longer motorable.

The ongoing Water reticulation in Uromi should be taken very serious and the State Government should commit to this very project. We are the only Local Government that can’t gain easy access to borehole water because of the nature of our land as the artesian aquifers that holds water are miles away from ground surface which is not so for other Local Government. This is why there are very few homes in Uromi that have borehole water, thereby leaving the vast majority, many who can’t afford to eat, either paying or walking long distance to get clean drinkable water.

For whatever reason, the immediate past administration decided to abandon the Uromi Cassavita Factory to rot, and we believe that this very one is going all out for industrialization. So we are also hoping this factory will be resuscitated and commissioned to function adequately. A working Uromi Cassavita Factory will will not only improve on the State IGR, but will also go a long way in providing direct and indirect jobs through massive agricultural revolution in cassava farming to those in Uromi and the adjoining communities. This is where the Special Adviser on Agriculture should work hand in hand with the Honorable Speaker to draw Government attention to this very project.

I know every points raised here have been a reoccurring issue of concerns from our people, and this government should please prove every doubting Thomas’ wrong that Governor Godwin Obaseki loves Uromi, unlike the previous Administration. For me, these are all that matters most, and should be why anyone will engage in politics, because we are representatives of the people who choose us to represent their interests in government. 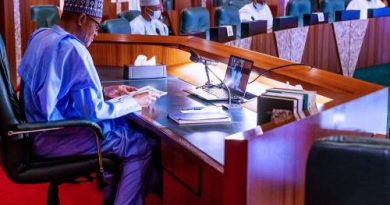