Surreptitious moves by some Nigerian senators to hijack the budget for the National Social Investment Programme from the Ministry of Humanitarian Affairs, Disaster Management, and Social Development have been uncovered.

The primary objective of the ministry is to alleviate poverty through the distribution of funds to the poor and vulnerable in the country.

Some of the programmes currently active under the ministry are the school feeding programme, conditional cash transfer and the TraderMoni and MarketMoni.

Activities of the NSIP have come under intense criticism from many stakeholders including Aisha Buhari, First Lady of the country.

Lawmakers, who were furious that they were not actively consulted and carried along in the drafting and submission of the budget to the National Assembly, are attempting to frustrate the approval of the budget.

They posited that if approved, the ministry’s activities would render them useless in their local communities and make them vulnerable to removal by their constituency members during election.

The lawmakers involved have, however, begun frantic efforts to implicate the minister, Sadiya Farouk, and possibly force her removal from the ministry.

Sources revealed that the move spearheaded by Senator Lawal Yahaya Gumau had the backing of other lawmakers including Ahmad Lawan, the Senate President.

It was also gathered that the senators were lobbying for contracts under the ministry with opportunities to provide vendors in some of the programmes.

“The senators accused Uwais of deliberately being uncooperative and not communicating with them during the budget planning phase,” a source familiar with the confrontation told SaharaReporters.

“They demanded that structure had to change, which position they claim is backed by Senate President. The implementations of the NSIP without their inputs and benefits embarrass them in the communities because they don’t have a say.

“They promised to deal with her and therefore refused to let me say a word during the budget defence,” the source added.

It was gathered that at the budget defense of the NSIP, only the minister was allowed to talk with others present not we’re given a chance to express themselves.

This has created fear over the successful implementations of the social intervention programmes with lawmakers already swaying their ways into determining the vendors and mode of operations. 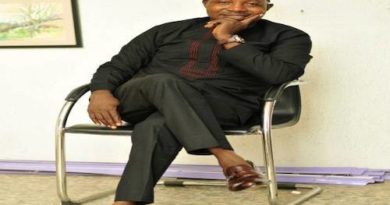 Nigeria At 59: A Tale Of Woes By Erasmus Ikhide

WHO issues recommendation on maximum salt levels in foods