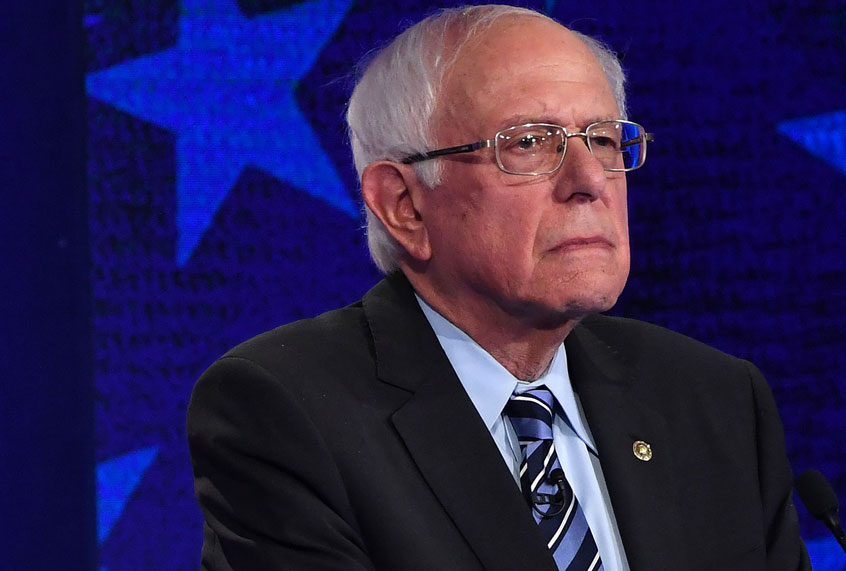 Sen. Bernie Sanders on Thursday night lent his support to staffers from sports and culture website Deadspin who resigned en masse this week after the company’s management tried to impose a “stick to sports” rule for the publication and fired an editor for violating that directive.

Writers and editors for Deadspin chose to quit rather than obey the order from bosses at G/O Media, the name of the new umbrella company for the site and related media properties after private equity group Great Hill Partners bought the collective in early 2019. Former Forbes editor Jim Spanfeller was named CEO; his tenure has been marked by labor strife and worker dissatisfaction.

“I stand with the former Deadspin workers who decided not to bow to the greed of private equity vultures like Jim Spanfeller,” tweeted Sanders, a candidate for the 2020 Democratic presidential nomination. “This is the kind of greed that is destroying journalism across the country, and together we are going to take them on.”

Sanders has called for an end to journalism “being gutted by the same forces of greed that are pillaging our economy” and in August introduced a plan “to rebuild and protect a diverse and truly independent press.” The senator’s plan involves ending media consolidation, making it easier for newsrooms to unionize, and protecting the First Amendment rights of reporters to do their work without undue editorial influence.

“Our constitution’s First Amendment explicitly protects the free press because the founders understood how important journalism is to a democracy,” Sanders wrote in an August op-ed for The Colmbia Journalism Review. “More than two centuries after the constitution was signed, we cannot sit by and allow corporations, billionaires, and demagogues to destroy the Fourth Estate, nor can we allow them to replace serious reporting with infotainment and propaganda.”

Sanders’ message to Deadspin’s staff came after the site’s employees decided to quit in the wake of G/O/ Media firing longtime deputy editor Barry Petchesky on Tuesday. Petchesky’s firing came after he refused to obey the “stick to sports” directive in a memo to staff; the site’s four new top headlines on Tuesday, with one technical exception, were not about sports.

“Hi!” Petchesky announced on Twitter Tuesday. “I’ve just been fired from Deadspin for not sticking to sports.”

As Common Dreams reported, management also removed a post from G/O Media properties acknowledging reader distaste for atutoplay ads on the platform. G/O spokesperson Jeffrey Schneider told Common Dreams that taking down the post was not a violation of a union agreeement on editorial independence because company leadership took a vote; staff at the site said they doubted such a vote even took place.

The Deadspin staff exodus began on Wednesday after a meeting with G/O Media management and continued Thursday. Longtime writers and editors departed the site, citing management’s directives and an unacceptable working environment as why they coudn’t stay on.

“I resigned from Deadspin this morning,” tweeted Drew Magary, one of the site’s most popular writers, on Thursday. “That was a fun time you and me had there all those years, wasn’t it? Let’s do it again sometime.”

Bill Barr’s fascist manifesto: Is this man the real threat to American democracy?

Our endless wars are paid for at the expense of Main Street. So why won’t Dems talk about it?