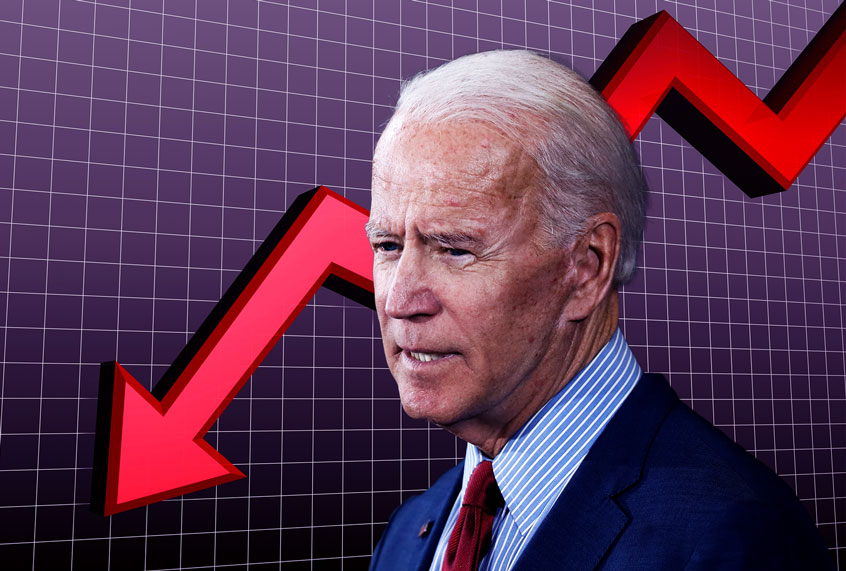 Former Vice President Joe Biden’s troubles in Iowa continue as his support among young voters falls to just 2 percent in a new poll.

The poll is the second consecutive survey out of Iowa showing Biden in fourth place. An Iowa State University poll published last week found Biden in the same spot, with just 6 percent of respondents under 34 saying they backed his candidacy.

The trends in the first-in-the-nation caucus state could spell trouble for Biden, who continues to top national polls. Biden leads among voters over 45, but just 2 percent of respondents under 45 say they plan to caucus for him, putting him behind first-time candidate Andrew Yang and Sen. Amy Klobuchar of Minnesota.

While Biden’s support comes almost exclusively from older voters, Warren is the most popular among voters under 29, at 38 percent, and Sanders leads among voters between 30 and 44, at 26 percent.

And while two-thirds of voters in the New York Times poll say they could still be persuaded to change their minds just one in 10 voters named Biden as their second choice.

Though Biden has run on a campaign claiming that he has the best chance to defeat President Donald Trump, the poll shows that Iowa voters are equally confident in the ability of both Warren and Sanders to win the general election.

Iowa has a proportional system, which awards convention delegates to candidates based on the percentage of the vote they receive. However, it only allocates delegates to candidates who receive at least 15 percent of caucus goers support. With Biden at 17 percent in the latest poll after notching 12 percent in the Iowa State poll, the former vice president risks walking away empty-handed from the contest.

Earlier this week, nearly a dozen top state Democrats expressed concerns that Biden risks a “humiliating” third- or fourth-place finish, noting that his Iowa state director does not even live in the state and has not run a campaign there since 2007.

Biden’s early-state problems are compounded by his trouble in New Hampshire, where a CNN poll published earlier his week showed him in third place with 15 percent of the vote, behind both Warren and Sanders.

Though Biden remains the front-runner nationally, leading Warren in 10 of the last 11 national polls, struggles in early states could hamper his popularity in later states if an opponent gains momentum.

Despite trailing Biden, Warren has cemented herself as the second-place candidate nationally, while Buttigieg, whose voter base appears to be very similar to Biden’s, has continued to rise, as well. Sanders’ national poll numbers, meanwhile, appear to have largely plateaued in the mid-teens.

Biden’s problems go beyond his poll numbers. His campaign reported that it has just $9 million in the bank, compared to $33.7 million for Sanders and $25.7 million for Warren. The cash-strapped campaign recently dropped its opposition to a super PAC in support of his campaign, even as Warren and Sanders both swore off such PACs. Many of the PAC’s top staffers either worked for large corporations or ran groups funded by corporate interests, according to Sludge.

Biden’s decision to support a PAC quickly came under fire from Sanders, who similarly swore off such PACs during his 2016 run against Hillary Clinton.

“Joe, as I understand it, has not done particularly well in getting a lot of donations from working-class people,” Sanders said during a Thursday event in New Hampshire. “He is now forced to go to billionaires and multimillionaires to get his funding through his super PAC.”

Press Watch: There’s a war on truth — and the media isn’t an innocent bystander

In a world where achieving a state of sustained joy may seem elusive—even impossible—for many, millions of Jehovah’s Witnesses and