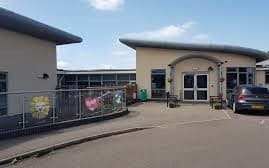 Police were called after a seven-year-old boy allegedly held a knife to a girl’s throat in the school dinner hall in an argument – over pizza.

According to the parent, her daughter, also seven, was held at knifepoint by the fellow pupil in the argument about food.

The girl had apparently told the boy not to eat a slice of pizza which fell off his plate at lunchtime. When he did, she threatened to tell on him.

The boy then allegedly jumped from his seat, grabbed a butter knife, and held it to her throat, uttering: “I’ll do it, I will – I’ll do it!”, according to her mum.

The girl’s mother was told the boy had been suspended by the school for the rest of the day.

She subsequently reported the incident to the police.

She has accused her daughter’s school of “failing to take this issue seriously” – and criticised it for its “lenient treatment of knife crime”.

“I was mortified to learn that a boy of age seven would even think of using a knife for that purpose. My daughter doesn’t associate knives with crime.

“Something has gone seriously wrong if a boy thinks a solution to conflict with a peer is to hold a knife to their throat.

“But I’m gobsmacked by the school’s response to this, which has been basically to expel a student for 45 minutes.

Bedfordshire Police confirmed the force was contacted “to a report of an altercation between two children at a primary school in Luton”.

They did not visit the school, and a spokesperson said: “The matter will require no further police action and the school is dealing with the incident.”

Meads Primary School headmaster Richard Jenkins said: “There was a disagreement between two pupils in the school dining room during lunchtime, where one pupil held up an item of cutlery in front of a child’s face.

“Staff immediately dealt with the matter in line with our behavioural policy and both children are now back in school.”

Former President John Dramani Mahama says the Party does not hate the Electoral Commission (EC). “We don’t hate the EC.