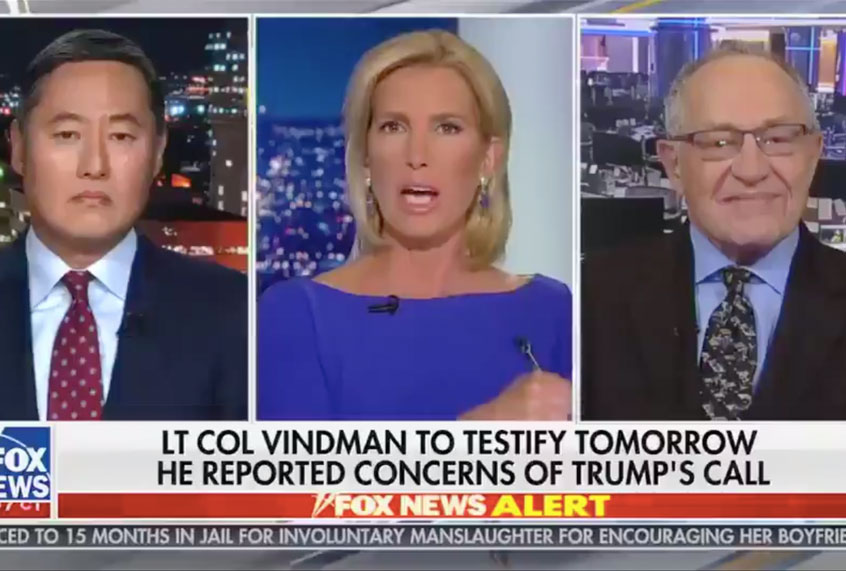 President Donald Trump’s defenders launched a smear campaign against a top National Security Council official who testified to Congress that he twice reported his concerns that the commander-in-chief’s Ukraine pressure campaign posed a national security risk.

Army Lt. Col. Alexander Vindman is the top Ukraine expert on the National Security Council and the first person that heard Trump’s July 25 call with Ukrainian President Volodymyr Zelensky firsthand to testify in the impeachment inquiry.

Vindman, who received the Purple Heart after being wounded by a roadside bomb in Iraq, came to the U.S. after his parents fled Ukraine when he was a child, the New York Times reported. He repeatedly cited his patriotism in his opening statement to Congress as he revealed that he twice reported to superiors that Trump’s demands from Ukraine “would undermine U.S. national security.” He came forward to testify voluntarily, he said, out of a “sense of duty.”

Though Vindman was described by a former US attorney as the “kind of witness that prosecutors dream about,” Trump’s defenders in the media wasted no time smearing him as a possible double agent.

Fox News host Laura Ingraham cited a portion of the New York Times report about Vindman’s testimony which revealed that Ukrainian officials “sought advice” from him on how to deal with Trump lawyer Rudy Giuliani’s demands that they investigate the Bidens and the 2016 election. Ingraham suggested that showed Vindman was working “against the president’s interest.”

“Here we have a U.S. national security official who is advising Ukraine while working inside the White House, apparently against the president’s interest,” she said. “And, usually, they spoke in English. Isn’t that kind of an interesting angle on this story?”

“You know, some people might call that espionage,” said guest John Yoo, a former Bush-era Justice Department official best known as the author of the “Torture Memos.”

The smear campaign was not limited to Fox News. CNN’s recently hired commentator, former Rep. Sean Duffy, R-Wisc., noted that Vindman was from Ukraine, prompting host John Berman to question why his place of birth was relevant.

“It seems very clear that he is incredibly concerned about Ukrainian defense,” Duffy said. “I don’t know that he’s concerned about American policy, but his main mission was to ensure that the Ukraine got those weapons. We all have an affinity to our homeland where we came from.”

“He has an affinity for the Ukraine,” Duffy added. “He speaks Ukrainian. He came from the country.”

Berman called Duffy’s remark a “stunning comment” and noted that it was “remarkable and notable given that Laura Ingraham last night, in her apparent talking points, brought it up, as well.”

Over on “Fox & Friends,” co-host Brian Kilmeade made a similar point, noting that “we also know he was born in the Soviet Union, emigrated with his family. Young. He tends to feel simpatico with the Ukraine.”

Trump himself took a different route and attempted to label Vindman a “Never Trumper” on Twitter, just as he did with his own Ukraine envoy Bill Taylor after he offered “damning” evidence in the probe last week.

Vindman told Congress he did not think it “was proper to demand that a foreign government investigate a U.S. citizen,” according to his opening statement. He added that any such investigation would create a partisan rift over Ukraine which would “undermine U.S. national security.”

“I am a patriot,” Vindman said in the statement. “And it is my sacred duty and honor to advance and defend our country irrespective of party or politics.”

Sen. Mitt Romney, R-Utah, told NBC News that the attacks on Vindman are “absurd, disgusting and way off the mark.”

“This is a decorated American soldier, and he should be given the respect that his service to our country demands,” he said.

Rep. Liz Cheney, R-Wyo., the chair of the House Republican Conference, spoke out against the attacks at a news conference on Capitol Hill.

“We’re talking about decorated veterans who have served this nation . . . It is shameful to question their patriotism, their love of this nation,” she said. “We need to show that we are better than that as a nation.”

Best of 2019: What a hostage survivor knows now about trauma 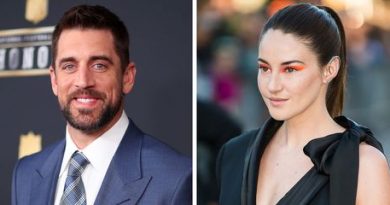 Mr Clifford Ashun, the Central Regional Head of the Museums and Monuments Board (MMB) has commended the NPP government for