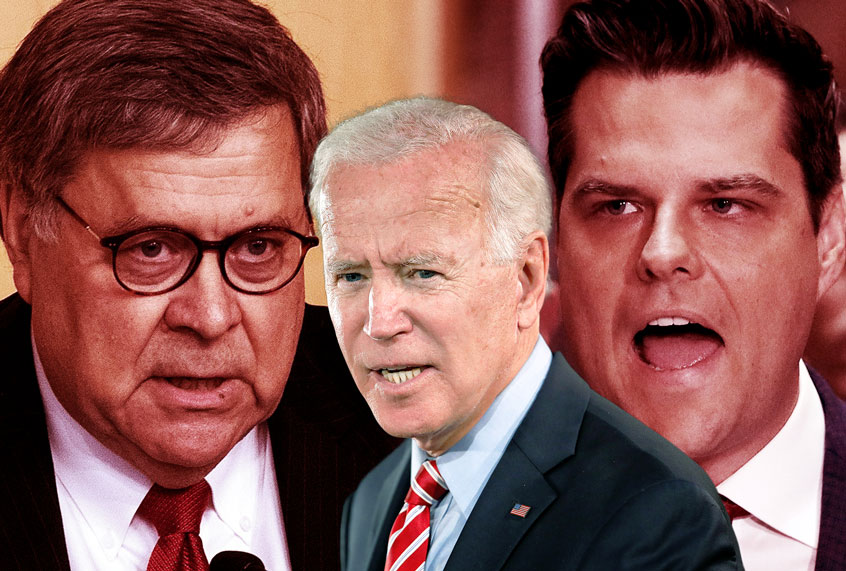 Former Vice President Joe Biden called for President Trump’s impeachment for the first time earlier this month, after House Speaker Nancy Pelosi finally announced the opening of a formal impeachment inquiry. Now as Republicans unite to derail the inquiry with unprecedented stunts, Biden’s main campaign pitch — that his ability to cut deals with GOP leaders will forge a post-Trump coalition — seems not only naive but pretty much unfathomable.

“There’s an awful lot of really good Republicans out there,” Biden argued at a Massachusetts fundraiser this summer. Calling them “decent people,” Biden insisted that he was uniquely situated to bring out Republicans’ repressed spirit of bipartisan cooperation.

“They ran because they care about things, but they’re intimidated right now,” he said, adding, “I get in trouble for saying that with Democrats.”

But not one of those “decent” Republicans Biden thinks he can effectively work with has uttered one word in his defense while facing Trump’s coordinated attack alleging that Biden and his son Hunter engaged in some sort of undefined corruption in Ukraine.

“First of all, one of my comments would be: As a member of the Democratic Party, wouldn’t you want to know if there’s some real corruption before you choose Joe Biden?” asked Sen. Ron Johnson, R-Wis., while defending Trump’s public plea for the Chinese government to investigate the Bidens. Trump has previously admitted that he asked Ukrainian President Volodymyr Zelensky to investigate Biden’s son, who served on the board of Burisma, a gas company that came under scrutiny by authorities in Ukraine.

Vice President Mike Pence has similarly peddled discredited accusations to defend Trump’s call for investigations of Biden. “Clearly in this case there are legitimate questions that ought to be asked, and we’re going to continue to ask them since the American people have a right to know whether or not the vice president of the United States or his family profited from his position,” Pence said of Biden.

Even the NeverTrump Republicans the president called “human scum” this week for daring to criticize Trump’s antics have stopped short of defending Biden.

“I don’t know Joe Biden terribly well, but from everything I’ve seen, and the interactions I’ve had with him, he seems to be a man of honor,” Sen. Mitt Romney of Utah said this week.

Even for that minimalist and highly conditional endorsement, Romney earned on-the-record rebukes from his Republican colleagues.

“Because one election didn’t turn out the way that Mitt wanted it to turn out he’s critical of the president,” Sen. James Inhofe of Oklahoma, told The Hill. “So, I’m not pleased with it.”

“That’s his own opinion. I disagree with it strongly,” said Sen. David Perdue of Georgia, of Romney’s faint criticisms of Trump. “It’s awfully easy to sit in the stands and be critical of the people on the field.”

At a time when Republicans aren’t even willing to break with Trump in defense of their previous presidential nominee, it’s hard to see the merits of the case Biden is building for a return to bipartisanship. Romney is one Republican senator. Two others who opposed Trump, Jeff Flake of Arizona and Bob Corker of Tennessee, walked away last year rather than facing the president’s ire in a re-election campaign.

On Wednesday, a group of House Republicans bum-rushed the Sensitive Compartmented Information Facility (SCIF) on Capitol Hill in an effort to interrupt a sensitive impeachment investigation. Fox News reported that some GOP members who brought in electronic devices — a clear violation of the facility’s rules — wanted to be arrested. They reportedly “wanted the optics of being frog-marched out of the SCIF in front of TV cameras” to help with Republicans’ messaging spin that the entire impeachment inquiry is process abuse by Democrats.

Of course, 12 of the Republicans who stormed the room on Wednesday — reportedly with Trump’s encouragement — actually sit on the committees tasked with the impeachment investigation. So they could have entered the SCIF and heard depositions in the normal course of congressional business. Rep. Fred Keller, R-Pa., a member of the House Oversight Committee, explained he “was acting in solidarity with those members of Congress who are not allowed in the hearings, to review testimony, or read transcripts of this secret inquiry.”

As even Fox News’ Andrew Napolitano had to explain, the existing House process was set up and enacted under a Republican majority, by former Speaker John Boehner.

But of course Republicans don’t actually object to closed-door hearings. They’re simply doing everything they can to delegitimize the process in an effort to bail out Trump.

“Today GOPers actually pulled off a political stunt. A stunt! They are not writing strong letters, they’re not just yelling or talking, it was an honest to goodness stunt,” Lou Dobbs cheered on Fox Business Network on Wednesday. “The Republicans, God bless them for actually doing something! I am so impressed.”

Republicans are all in on Trump, as Hugh Hewitt’s desperate threat to Republican lawmakers — and his contention that since Trump never directly mentioned the Bidens to Zelensky, there was no quid pro quo — makes clear. Biden, with his pitch to so-called reasonable Republicans, who appear to be mythical creatures, appears woefully out of step with the times. It’s clear he learned nothing from one of Barack Obama’s biggest mistakes, as he appeals to Republicans to rebuild a coalition with independent swing voters at the center. Perhaps even more illuminating about Biden’s broken worldview, he still hasn’t learned the lessons of Watergate.

“Every time we ever got in trouble with our administration,” Biden recently said of his time in the Obama White House, “remember who got sent up to Capitol Hill to fix it? Me. Because they know I respect the other team.”

He similarly said of Republicans, at the height of the Watergate scandal, that theirs was “a great political party that should not be blamed for what happened.”

“It should be made clear, and I mean this from the bottom of my heart: This is not a Republican affair,” Biden said at the time. “This is not the Republican Party’s doing.” It’s unclear who else he could have blamed then, or who else is to blame now.

Robert Reich on the the coronavirus class divide 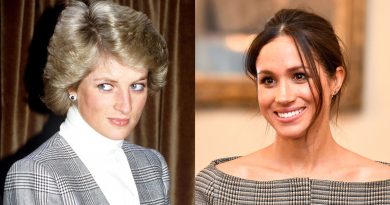