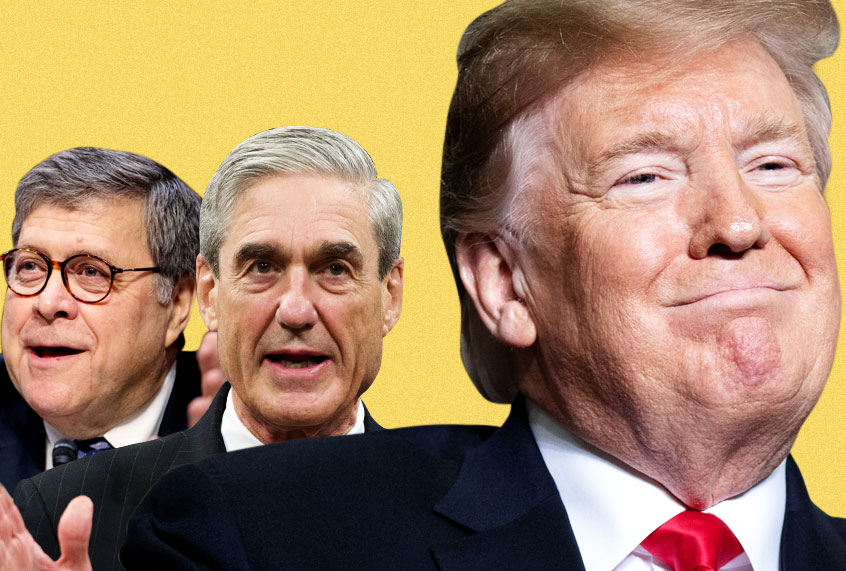 The Department of Justice has upgraded its own probe into the origins of the Russian investigation to a criminal investigation, multiple news outlets have reported.

The move, first reported by the New York Times, allows prosecutors the power to issue subpoenas, to convene a grand jury and to file criminal charges. It is unclear what potential crimes are being investigated in the inquiry, which is being closely overseen by Attorney General William Barr.

The opening of the criminal investigation is likely to raise concerns that President Donald Trump is using the Justice Department to pursue his political opponents. Trump fired James Comey, the FBI director under whose leadership the agency opened the Russia inquiry, and has long assailed other top law enforcement and intelligence officials as partisans who sought to undermine his election win.

The revelation comes as Trump faces mounting scrutiny over allegations that he violated his oath of office, including an impeachment inquiry in the House of Representatives. The Democratic-led inquiry is examining whether Trump withheld military aid to pressure the president of Ukraine to launch an investigation into Democrats, including former Vice President Joe Biden and his son Hunter.

The Justice Department had previously considered it to be an administrative review. Earlier this year, Barr tapped John Durham, the U.S. attorney in Connecticut, to lead the inquiry into the origins of former special counsel Robert Mueller’s probe into Russian interference in the 2016 election. It is unclear when Durham’s inquiry shifted to a criminal investigation.

Durham is examining what prompted the U.S. to open a counterintelligence investigation into alleged ties between Trump’s presidential campaign and Moscow, which ultimately led to Mueller’s probe. He is also looking into the legality of the surveillance and intelligence-gathering methods used during the investigation.

Mueller’s sweeping investigation cast a dark shadow over Trump’s presidency and outraged the Republican president, who repeatedly attacked the probe as a politically-motivated “witch hunt” and a “hoax.”

The former special counsel concluded the Russian government interfered in the 2016 election —  an assessment Trump has repeatedly questioned and attacked — but did not find sufficient evidence to establish a criminal conspiracy between Trump’s campaign and the Kremlin. He also detailed ten possible instances of obstruction of justice by the president, pointedly saying he could not exonerate Trump.

Throughout his investigation, Mueller secured convictions or guilty pleas from a handful of Trump advisers and indictments of more than two dozen Russians on charges related to their wide-ranging interference campaign.

The chairmen of the House Intelligence and Judiciary committees, which are leading the impeachment inquiry, said in a statement late Thursday that reports that Durham’s investigation was upgraded to a criminal inquiry “raise profound new concerns” that Barr’s DOJ “has lost its independence and become a vehicle for President Trump’s political revenge.”

“If the Department of Justice may be used as a tool of political retribution, or to help the President with a political narrative for the next election, the rule of law will suffer new and irreparable damage,” Democratic Reps. Jerry Nadler of New York and Adam Schiff of California said.

It was reported last month that Trump made calls at Barr’s request to several foreign leaders, including Australian Prime Minister Scott Morrison, to assist the attorney general with the Durham investigation.

Barr also traveled with Durham to Italy in August and September, and the two met with Italy’s spy chief and other senior officials to seek information about the operations of FBI agents assigned there, Italian Prime Minister Giuseppe Conte said Wednesday.

“Our intelligence is completely unrelated to the so-called Russiagate — and that has been made clear,” Conte said. 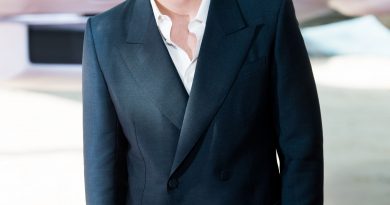 Still a long and bumpy road to travel on the way to a U.S.-China deal

They are died in shame

Ralph odua has sent in his congratulatory message.

LET'S BE KIND IN VICTORY TO OUR OPPONENTS, WE ALL HAVE A STAKE IN EDO STATE, TOGETHER WE WILL MOVE EDO STATE FORWARD, THEY ARE OUR BROTHERS AND SISTERS, WE PRAY THEY MAKE THEIR REPENTANCE FAST BY CONGRATULATING THE WINNING SIDE PDP. WE'RE ALL TOGETHER.

He can now go forth and die

How do you feel now. Lions and Tigers.

Congratulations governor Obaseki, the people have spoken clearly, we must all accept the result. Now it's your turn to speak to the people by fixing dilapidated and understaff schools, and hospitals; unite the people & stop your politics of hate, division & vindictiveness. ... See MoreSee Less

YOU FAIL TO UNDERSTAND WHO OBASEKI IS NOT ONE GIVEN TO RETALIATION, NOT ONE GIVEN TO HATE,BUT ONE WHO BELIEVES IN THE FREEDOM OF ASSOCIATION, SURELY AS AN ALUMNUS OF GREAT A UNIVERSITY HE HAS THE WISDOM AND GRITTY TO MOVE EVERYONE FORWARD TOWARDS THE NEXT GOAL WHICH IS TO MAKE EDO STATE GREAT AGAIN NO MORE GODFATHERS NO MORE SETTLEMENTS FOR THE BOYS, IS ALL ABOUT THE MASSES YOU,ME,OUR FATHERS, MOTHERS, SISTERS AND BROTHERS.GOD BLESS EDO STATE GOD BLESS FEDERAL REPUBLIC OF NIGERIA.

I hail u bros. COS of this ur post, I don't like u back. It takes courage to do what you just did.