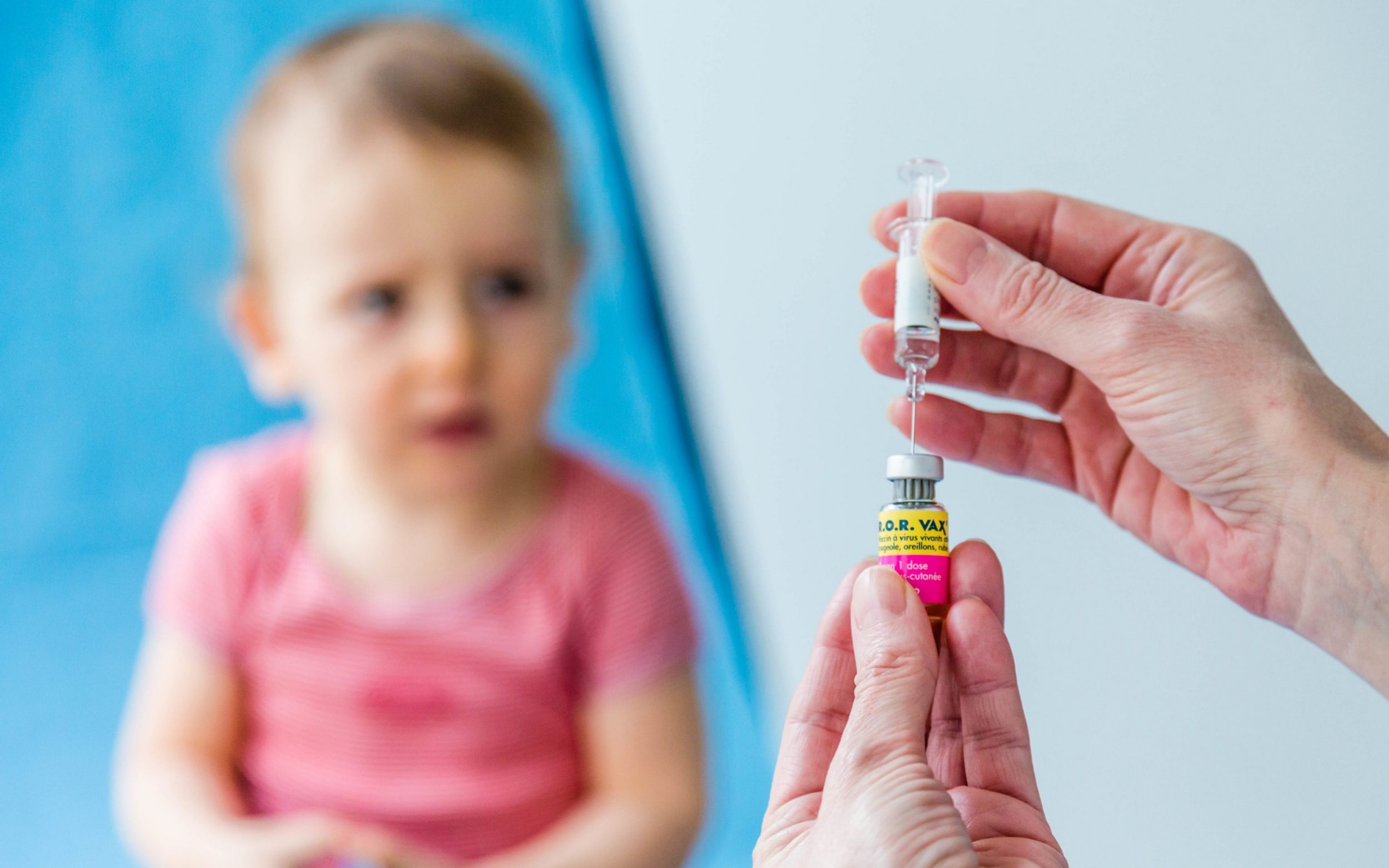 The MMR vaccine could be offered in supermarkets and town centres under proposals being considered by NHS leaders.

The initiative comes as a major National Audit Office (NAO) report revealed the health service is failing to meet pre-school vaccination targets for six out of seven vital jabs.

The findings suggest that difficulties securing GP appointments and a fragmented system for alerting families to the need for innoculations is fuelling the decline.

Just 86.4 per cent of children now receive the second dose of their MMR (measles, mumps and rubella) jab by age five, far lower than the 95 per cent needed for so-called “herd immunity”, which keeps diseases at bay.

Meanwhile, the Hib/MenC booster at ages two and five has never exceeded 95 per cent and continues to fall.

Bosses at NHS England are now so worried they have begun looking at ways of incentivising doctors to offer vaccinations in more convenient locations.

It is understood these include a potential framework of cash rewards for those who man pop-up vaccination hubs in supermarkets, to be written into contracts with new local GP groupings called Primary Care Networks.

It follows threats from Matt Hancock, the Health and Social Care Secretary, to introduce mandatory vaccinations in schools if the situation does not improve.

There are now estimated to be 90,000 five-year-olds who have not had both doses of MMR.

Last night the Royal College of General Practitioners accepted the need for a more coherent system, but also blamed the “toxic myths” put about by anti-vaxx propagandists online for the slump.

However, the NAO report found “limited evidence” of this kind of impact, noting that public confidence in vaccines remains generally high.

A government spokesman said: “Vaccines save lives, and are a cornerstone of public health. We are incredibly concerned by the decline of vaccination rates, and are taking urgent action to reverse this.”

In 2013 overall responsibility for inviting families for jabs shifted from local health chiefs to NHS England, following the Andrew Lansley shake-up of services.

“NHS England has not set out requirements of GPs for call/recall under the changed arrangements,” the report reads.

“As a result, call/recall is done inconsistently and there is no coherent system.”

Earlier this year the World Health Organization withdrew the UK’s measles elimination status, however the UK situation broadly reflects the re-emergence of the disease internationally.

Both Labour and the British Medical Association – the doctors’ union – blamed a lack of funding for the decline in vaccination uptake.

GPs received £144.5 million in 2018-19 to provide the seven pre-school vaccinations, according to NHS estimates.

The NAO report revealed only uptake of the 5-in-1 vaccination at age five years met the government target.

Professor Stephen Powis, NHS medical director said: “One of the most effective, cheap and essential tools for keeping us all safe is a simple, free jab – it can save the life of your child.

“Looking at ways to expand access to appointments will make it even easier for parents to protect their children and with the NHS playing its part, it is vital that everyone takes up this life saving opportunity and isn’t swayed by the dangerous marketing of false information by anti-vaxxers.”

“The NHS in England will now bring together GP groups and other health professionals to agree collective action to reverse falling vaccination rates, which have dropped in each of the past five years.”

A comprehensive government strategy is expected to be published within the next three weeks.

Harassed, detained, vanished: Life as a Uighur in Xinjiang

The United States Ambassador to Ghana, Madam Stephanie Sullivan, in a message ahead of the 244th Independence Anniversary of her