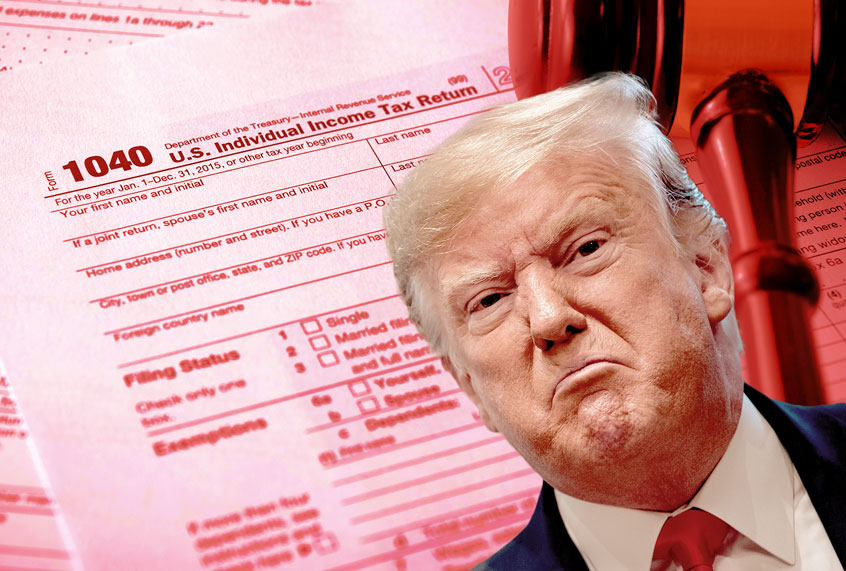 President Donald Trump’s personal lawyer asserted Wednesday that a sitting president is immune from criminal prosecution while in office — even if the commander-in-chief shoots someone in broad daylight.

William Consovoy made the bold claim in court in response to a federal judge’s question, which cited the president’s own hypothetical scenario. As a candidate in 2016, Trump infamously claimed that his supporters were so loyal that he could “stand in the middle of Fifth Ave. and shoot somebody” and not “lose any voters.”

The exchange came during an hour-long argument centered on Trump’s effort to block a subpoena for his financial records from Manhattan prosecutors investigating hush-money payments made before the 2016 election.

“Local authorities couldn’t investigate? They couldn’t do anything about it? Nothing could be done? That’s your position?” Chin asked.

“This is not a permanent immunity,”Consovoy responded. “We’re talking about while in office.”

Manhattan District Attorney Cyrus Vance Jr. recently obtained a grand jury subpoena for eight years of the president’s personal and corporate tax returns dating back to 2011. He is seeking documents from Trump’s accounting firm, Mazars USA, as well as for the Trump Organization and other Trump-related business entities.

Vance’s office has been investigating whether Trump or his company violated any New York state laws when they reimbursed the president’s former lawyer and “fixer,” Michael Cohen, for payments Cohen made to two women who alleged extramarital affairs with Trump in the lead up to the 2016 presidential election.

Trump sued Mazars last month in an attempt to prevent the firm from complying with subpoenas for his financial records. His lawyers have argued that Trump is immune from state prosecutions and that Vance does not need eight years of Trump’s tax returns in order to examine whether any laws were broken by the 2016 payments. They called the subpoena to Mazars a “bad faith effort to harass the president by obtaining and exposing his private financial information, not a legitimate attempt to enforce New York law.” They also claimed that the investigation headed by Vance, a Democrat, was politically motivated.

But in early October, federal district court Judge Victor Marrero tossed the lawsuit out, ruling that the immunity claim was “repugnant to the nation’s governmental structure and constitutional values.”

Trump then appealed that decision to the U.S. Court of Appeals for the Second Circuit. The appeal Wednesday was heard by a three-judge panel, all of whom were nominated by Democratic presidents.

Katzmann asked Trump’s lawyer Wednesday what “irreparable harm” Trump would suffer if his tax records were turned over to a grand jury when state and federal officials already retain such documents.

Consovoy said there was no guarantee those documents would remain private once prosecutors and a grand jury were granted access.

Carey Dunne, general counsel from the Manhattan District Attorney’s office, told the court, “There is no such thing as presidential immunity for tax returns” — “they’re making this up.”

“[President Trump] may view them as embarrassing or sensitive, but tax returns do in fact get subpoenaed all the time in financial investigations,” Dunne added.

Judges on Wednesday also questioned why Trump should be allowed to keep his tax returns hidden when the Supreme Court ordered the White House of former President Richard Nixon to turn over audiotapes during the Watergate investigation.

Consovoy said the cases differed in several ways. If this case were allowed to move forward, then it could spur a host of investigations into future presidents from local and state prosecutors, he claimed.

The panel did not immediately indicate when it would issue a ruling, but Katzmann noted the case seems “bound for the Supreme Court.”

A deal struck with the district attorney’s office earlier this week allows the president to seek immediate review of the appellate ruling from the Supreme Court on the condition that he ask that the court hear the case in its current term, which ends in June. Lawyers from Vance’s office have agreed to hold off on enforcing the subpoenas — at least until the justices decide whether to take the case.

Justices on the nation’s high court are not required hear the case or to schedule it as the parties request, but one from a sitting president would likely attract their attention.

The last cases of the term are argued through the end of April and decisions are released in the final weeks of June. Cases heard in the following term would likely not be decided until after the 2020 presidential election.

The lawsuit is one of three cases related to Trump’s financial records. The other disputes are also pending in the courts and could make their way to the Supreme Court.

Earlier this month, the D.C. Circuit Court of Appeals ruled against the president and refused to block a subpoena for his financial records from Mazars that was issued in April by the House Oversight Committee. Trump’s attorneys could ask the full bench on the D.C. Circuit to rehear that appeal, or they could ask the Supreme Court to take up the case.

Another Second Circuit panel is considering a case brought by Trump which challenges subpoenas issued by the House Intelligence and House Financial Services Committees seeking his financial documents from Capital One and Deutsche Bank. The banks have said they do not have Trump’s personal tax returns, but Deutsche Bank indicated that it possessed the tax returns of at least two individuals or businesses requested by lawmakers but redacted the identities of the taxpayers.

And a federal district judge in Washington is considering a lawsuit filed in July by the House Ways and Means Committee against the Treasury Department and the Internal Revenue Service over their refusal to comply with a formal committee demand and subpoena for Trump’s personal returns and returns filed by Trump businesses. No ruling has been issued. 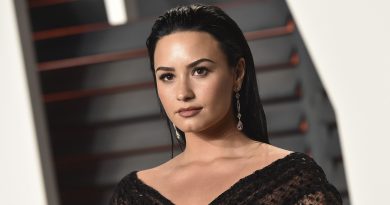 Demi Lovato Reveals She Was Raped at 15 Years Old

Dr. Matthew Opoku Prempeh, Member of Parliament for the Manhyia South Constituency in the Ashanti Region, has expressed profound gratitude